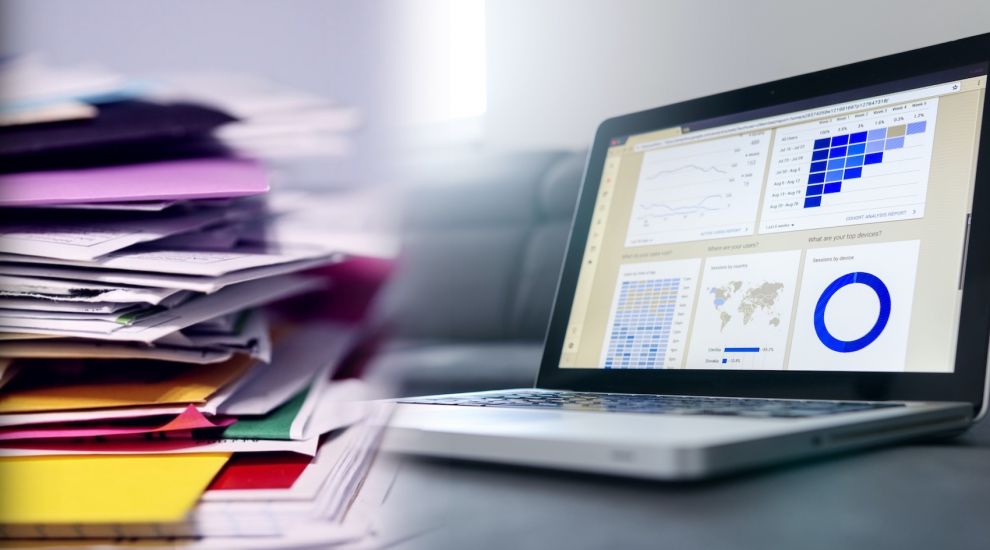 The panel of politicians responsible for scrutinising public expenditure has welcomed recommendations from the Comptroller and Auditor General to make taxpayer-funded entities clearer about how they are using the money.

The Public Accounts Committee said they would be contacting the Chief Executive, Charlie Parker, as well as Senior Officers regarding Lynn Pamment’s recommendations.

In her latest report - a ‘Thinkpiece’ on public audit - Ms Pamment noted that the availability of published financial information in respect of States-controlled and States-established entities varies greatly.

To address this, she recommended a consistent framework for the production of annual reports and accounts for those entities, which she said should be clearly defined.

Pictured: The Comptroller and Auditor General recommended a consistent framework for the production of annual reports and accounts for those  States-controlled and States-established entities.

She suggested that all arms-length organisations, whose annual budgets are over £100,000 should be required to produce financial statements audited by an auditor appointed by her.

For those whose budget is under £100,000, she recommended the appointment of an independent examiner.

The Public Accounts Committee welcomed the Thinkpiece with its Chair, Deputy Inna Gardiner, saying they were supportive of Ms Pamment’s request to have oversight of the appointed auditors for all public-funded bodies.

She also said she agreed with her determination to lessen the current inconsistencies between Government-funded entities.

“Independent appointment of auditors is a fundamental principle of effective public audit and without transparency in annual reports, it is more difficult to hold public sector entities to account,” Deputy Gardiner said.

“We therefore commend the efforts of the Comptroller and Auditor General to improve the accountability of all States-owned entities and we will be following up with the Chief Executive and Senior Officers to ensure her recommendations are implemented.”

In her report, Ms Pamment listed the entities for which she is not responsible for the appointment of auditors, which includes the Commissioner for Children and Young People, whose position was established to uphold the rights of children in the wake of the Care Inquiry and whose team has an annual budget worth £605,000.

Ms Pamment noted that only “limited financial information” has been published since the creation of the role and that there is no separate audit outside of the States of Jersey audit.

Pictured: The Thinkpiece report said that Ms McMillan did not want the C&AG to appoint an auditor to review financial statements from her office.

The Thinkpiece says that Ms McMillan, in response to a request from the C&AG, apparently didn't support changing that, citing the principles of autonomy from government of human rights institutions set out in the Paris Principles on National Institutions for the Promotion and Protection of Human Rights and General Comment No. 2 issued by the United Nations Committee on the Rights of the Child.

Despite Ms Pamment giving reassurance over her own independence, Mrs McMillan hasn’t changed her position.

The Children’s Commissioner told Express she welcomed the C&AG's report and looked forward to “a continued dialogue” with Ms Pamment and her office in order to discuss any concerns she may have.

“As a national human rights institution, my office occupies a very particular position in the island, and with that position comes a responsibility to ensure that we maintain absolute independence,” Mrs McMillan added. 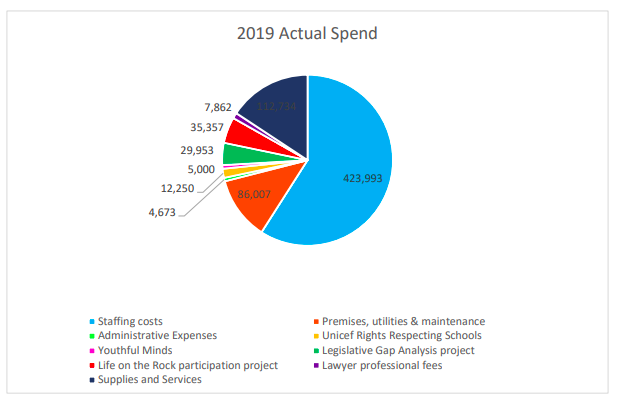 Pictured: How the Office of the Children's Commissioner reported its 2019 accounts.

“However, this independence does not come at the cost of accountability," she continued.

"Our governance procedures have been seen by the Chief Internal Auditor and by the previous Comptroller and Auditor General, neither of whom expressed any concerns.”