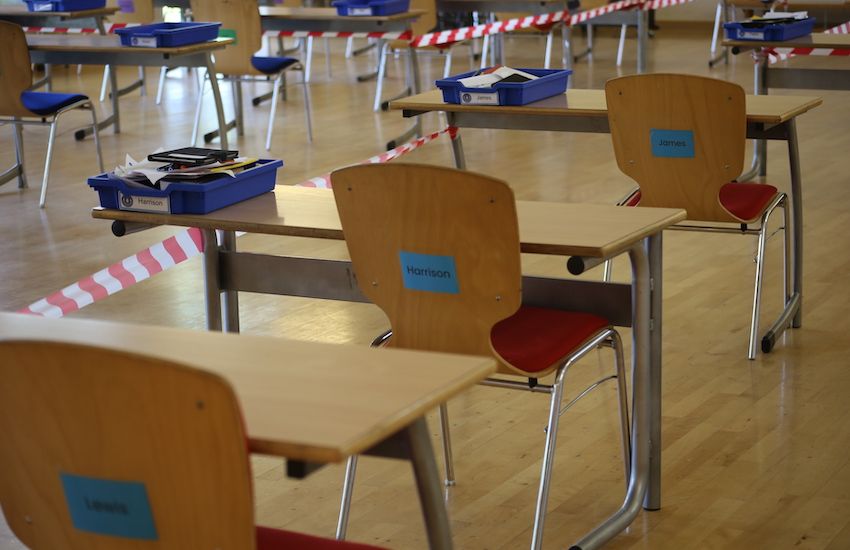 As schools prepare to welcome some children back to the classroom from Monday 8 June, many parents have questions ranging from term dates to PPE, and what being in a class 'bubble' will entail.

The Education Minister announced during a media briefing earlier today that three school year groups will be able to return to school as part of the phased reopening starting next month, while private nurseries will be able to welcome back children in "bubbles".

Express has answered some of the key questions arising from the announcement...

Which year groups are returning to school on 8 June?

Teachers will initially welcome back pupils in Year 6 in primary schools, and Years 10 and 12 in secondary schools.

They will join the children of critical workers and vulnerable children who are already in school.

When will the rest of the pupils return?

More pupils could return to primary schools from 22 June if the Scientific and Technical Advisory Cell (STAC) deems it appropriate and feasible, depending on medical advice.

The situation for other secondary age pupils will also be kept under continuous review.

What about private nurseries?

Private nurseries will be able to welcome back a set number of children into “bubbles” or small groups.

Children will also be allowed to return to their childminder or nanny, in accordance with established guidance agreed with Public Health.

How does the 'bubble system' work?

Schools will be implementing a so-called 'bubble' approach, where groups of children and their teachers will remain together.

Pupils in Year 6 will be required to observe two-metre physical distancing in their bubble. They will also have to keep their distance from other bubbles. 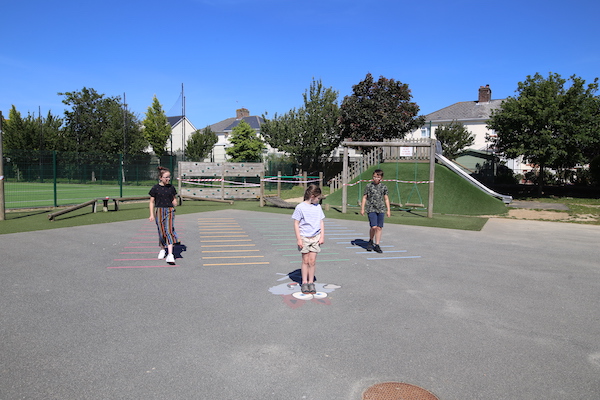 Pictured: Children will have to keep two metres apart from each other.

Younger children will have to be in a bubble of eight. However, Education leaders say they accept that it will be more difficult for them to keep at a two-metre distance.

How will physical distancing be enforced in schools, during transport and at playtime?

Start times, break times and lunches will be staggered throughout the day to ensure bubbles are kept separate.

Corridors and stairwells will be marked to maintain distancing. 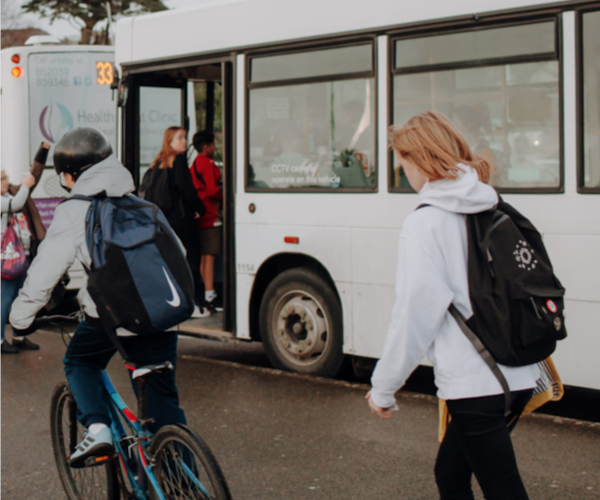 Pictured: Safe public transport for children to get to school is being organised.

Children will not be using shared equipment (playground, music, PE, tablet devices, books) where it cannot be cleaned between uses.

Where possible, parents are being encourage to walk or cycle to their childrens’ school. “Safe public transport” will be available, however, CYPES Director General Mark Rogers has assured.

Will staff and students be required to wear PPE?

No one in the school will be required to wear PPE, but it will be made available to staff if a child or staff member becomes symptomatic in the school.

Medical Officer for Health Dr Susan Turnbull explained that the purpose of masks is to prevent someone with an illness from transmitting it to others, rather than being a measure to protect them from catching it.

Her second-in-command, Dr Ivan Muscat, previously recommended the use of cloth masks to all islanders, but Dr Turnbull said they weren't being officially recommended for education environments. 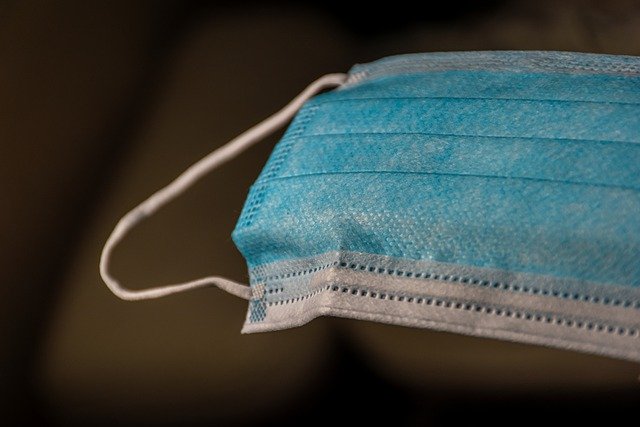 Pictured: Face masks will not be compulsory for staff or students in a school environment.

However, if anyone wishes to wear a mask in school, Dr Turnbull said it wouldn’t be sensible to prevent them from doing so.

Are children obliged to return to school?

The Education Minister, Senator Tracey Vallois, explained policy around attendance will be amended to that some discretion can be applied, in particular for children who are continuing to shield.

She also said there won’t be any sanction if parents decide they don’t want to send their children back to school. 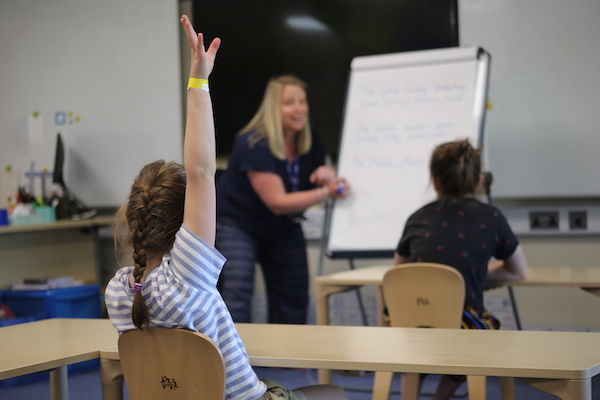 Pictured: The Education Minister assured there won’t be any sanction if parents decide they don’t want to send their children back to school.

She said the attendance policy will have to be flexible as “forcing people or making them return may cause further mental health issues or anxiety”.

“We completely understand why parents, families may feel uncomfortable and uncertain as to sending their children back,” Senator Vallois said. “Our message to them is we're doing everything possible to make sure the setting that their children would return to is safe.

“But if there's anything in particular that parents want to ask directly within their own circumstances, then we asked them to contact us and that will all be on gov.je and we will support wherever possible and wherever we can.”

Will there be flexibility for teachers?

Mr Rogers said that his department would be as sensitive with adults as they are with children.

“This is not a time to be enforcing attendance either as a child or as a teacher,” he said.

Ahead of the reopening, teachers will be able to speak to their manager about any concerns they may have.

For those who have had an illness or have underlying conditions, a risk assessment will be carried out to decide what is best for them.

Mr Rogers said his department is not following a “one-size-fits-all approach”, as some teachers and support staff might need to continue to shield.

He explained: “We need to make sure that we give the reassurance that gives people the confidence to come back but actually if a risk assessment says you are probably still better off working from home as a number of teachers and others have been doing, then we're quite prepared to continue to have a blended approach to the way we teach children.”

The Education Minister has said there are no plans to change the term dates.

Will the curriculum change?

The Education Minister has asked her department to amend the curriculum to make sure pupils returning to school have a positive experience in itself.

Under what has been described as a 'recovery curriculum', the first weeks back at school will therefore place a greater emphasis on reassuring children and getting back into routine, instead of formal learning. 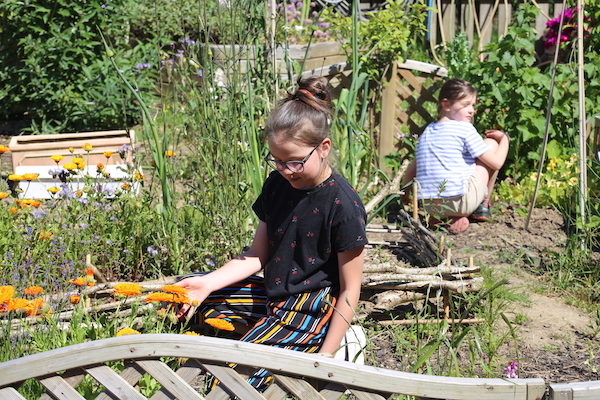 Pictured: The first few weeks of school will focus on reassuring children, getting back into routine, instead of formal learning.

“We're planning on a themed approach which allows children to explore with their teachers those issues that they need to talk about and we think we should be talking about with them,” Mr Rogers said.

What will happen to children transitioning to primary school or secondary school?

The Education Minister said her department is looking at how pupils in Year 6 can transition for a few days in a secondary school so that the academic year can start and continue as normal from September.

Mr Rogers said that, in addition, staff are “parallel planning” for all years.

“Whilst you can't see those plans today, I'd like to reassure you as we've reassured the Minister that we are working through how to bring every year group back and this is about timing and the timing is you've heard time and again from us is all about responding to how it plays out in the first days and weeks with the extras children coming back and also what the ongoing health advice is going to be.”

What data has the government gathered to inform its 'back to school' approach?

Dr Turnbull said that the approach had been informed by "huge international studies" rather than local data.

She explained children weren't included in the recent antibody survey as it was for research, raising ethical questions. However, the government is considering PCR (diagnostic) tests for students in future.

The Education Minister also confirmed that STAC felt the move to be safe and that evidence suggested that children are not 'super spreaders' of the virus, as initially expected.

The comments echoed those made by the former Acting Medical Officer for Health Dr Ivan Muscat, who, in response to questions from Express last week, revealed that school closures had very little impact on the spread of the virus.

CYPES 'back to school' approach has also been informed by a survey of over 2,000 children and young people about covid-19.

How did children feel about the school closures?

CYPES' survey saw almost half (48%) of children state they were feeling worried, while over 80% said they missed their friends.

A vast majority (95%) said they felt safe at home, but a small number expressed concerns relating to covid-19, home life, or wellbeing.

A small number also stated that family life was a worry with a very small number concerned about domestic violence, alcohol use in the household and overcrowded housing.

About one in three children expressed some sort of concern, such as anxiety, sadness, or safety concerns.

Of these, anxiety was most common, affecting around 10% of primary children surveyed and 15-20% of older children.

Younger children were more likely to express sadness about going back to school.

Posted by Jon Jon on May 29th, 2020
Do children need to wear their school uniform or can they dress in their own clothes ,makes keeping them in washed clean clothes easier.
To place a comment please login Login »