Red Rebels protest against "destruction of life" for new hospital 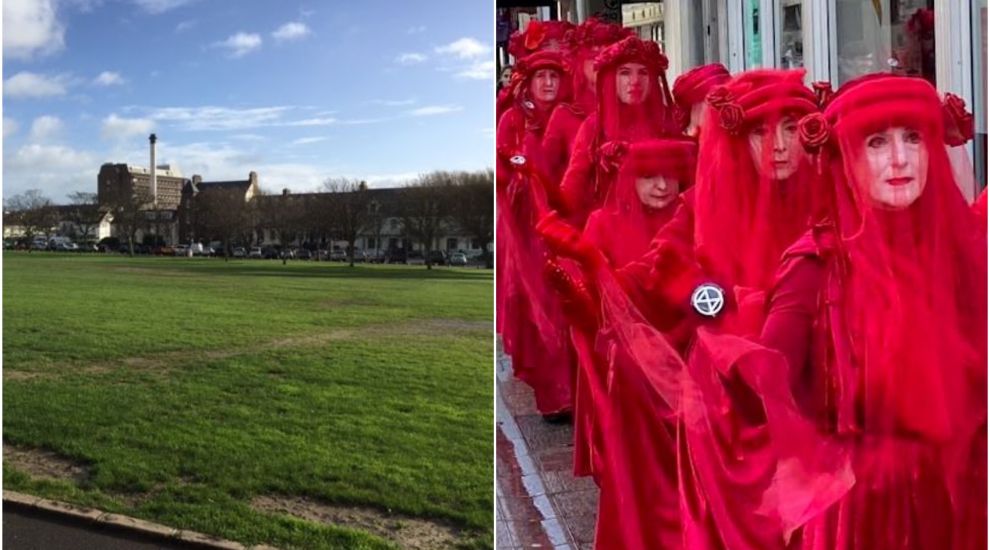 Red Rebels protest against "destruction of life" for new hospital

Jersey's Red Rebels will this afternoon be protesting against chopping down trees to make way for the new hospital and its access road.

The group - a Jersey wing of the global Extinction Rebellion movement - will be demonstrating at 13:30 in People’s Park against what they describe as “destruction of life for human profit.”

The protest follows politicians narrowly backing the £800m borrowing plan to build a new hospital at Overdale on Thursday.

Yesterday, a planning application for the site was submitted - if Planning agree with it, the demolition will happen in three phases, all next year.

However, in relation to the access road, Senator Lyndon Farnham admitted in February that "some trees" would be impacted as part of the development.

Video: The Red Rebels held a silent procession to protest ahead of the major States debate on the Carbon Neutral strategy in 2020.

A spokesperson for the Red Rebels said in a statement: “When we are sick, ill or dying we turn to the most skilled and amazingly capable members of our community.

“The island hospital and the wonderful people who make it work – day in, day out – save our lives, make us more comfortable, and see us through the worst times of our lives.

“Yes, the physical hospital needs care and attention as much as the people who run it, and the patients it serves. But at what price?”

They continued: “The hundred trees that are going to be destroyed for the new hospital are far too high a price. The ecocide law is coming.

“The international community of lawmakers and the international courts have been working on it for some time, the exact wording is still under review, but the permanent destruction of life for human profit and our convenience was never right, and can never be justified.”

“The Red Rebels express our upsurge of grief for the trees, and the life they hold, marked for death for the building of the access road and the proposed new hospital.

“The health of us as living beings is inextricably interrelated to the health of our ecosystem. To further destroy the already decimated ecosystem for a hospital is sheer madness.”

The Rebels last made headlines earlier this year, when one of its protesters was tackled into the bathing pool at West Park during a demonstration.