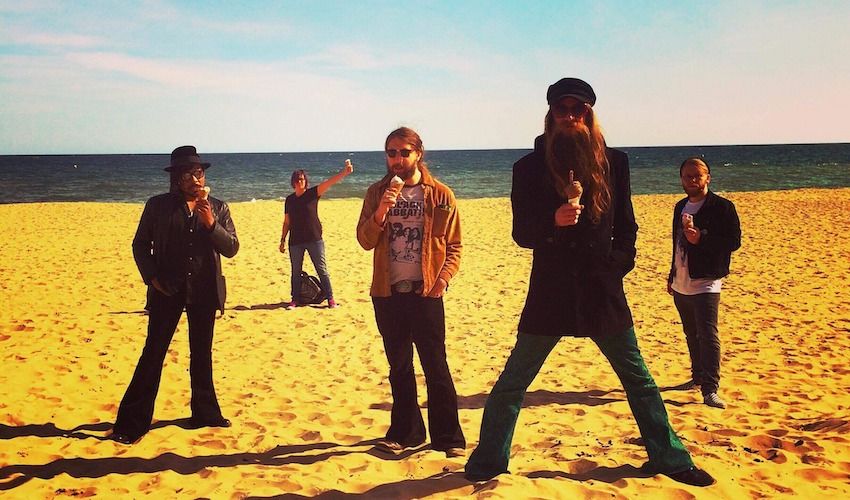 A band from Sark is calling for islanders to support independent artists and venues to keep the music industry alive and thriving throughout the global covid-19 health crisis.

The Recks were due to set off for their UK tour, which would have included dates in Guernsey, Brighton, London and the Isle of Wight, in under two weeks, to accompany the release of their new single.

'The Milk’s Gone Bad’, which will be released on 10 April, is the first release for the multi-genre band since their 2018 debut album, ‘The Beast From The Sea’.

While they were looking forward to being on stage, last week, Richey Powers, Ash Jarman, Gregory Harrison, Joe Le Long and Moxie had to make the difficult decision to cancel their seven-date tour ahead of the UK Prime Minister putting it into lockdown.

“We had to think, ‘Are we going to be able to do this?’ it was really not realistic, it could not happen at all,” Greg told Express.

“We had to contact all the venues; they all understand. We are all in the same boat. it’s a struggle for everybody. The whole industry is suffering."

“We were really looking forward to it. As a band, being on the road that’s what it is all about," Greg said.

“We are quite upset... It’s a real blow for us as musicians and artists when you cannot tour. The amount of work as independent it’s so much work and money that goes into organising for it to go ahead, it’s a huge blow.”

VIdeo: 'The Milk’s Gone Bad’, which will be released on 10 April.

Greg explained that, even before cancelling the tour, the Recks had been extremely careful about covid-19, due to their lead singer, Richie, having underlying conditions.

With their drummer, Moxie, having potentially been exposed to the virus, the band recorded their parts separately from Richie and the van and equipment were disinfected before he came to the studio.

“It was a lot of logistics,” Greg said. “You do not think it’s happening until you have to do it. We have to take it really seriously. It’s a dangerous thing for everybody.”

Greg explained that with tours being cancelled, islanders can still find way to support their local music scene as well as other independent artists further afield.

“One of the main things to do is to buy music,” Greg said. “Go on Bandcamp. If you are at home and streaming Spotify, that’s great, but we need a lot of views to get a few pounds.

“To support us, you can buy the track, buy a vinyl, you have more time to enjoy them. It’s real cash in the bank for the bands.”

“People have got more time to listen to indie music and discover bands,” he added. “And when it’s all over, you can go and see them.”

The musician is also urging everyone to support their local music venues by not asking for their money back if events have been cancelled. Instead, if possible, they should opt for vouchers to buy tickets at a later date. “If you take all the money out, they might not survive,” Greg said. “Those are little things that go a long way.”

Ultimately, Greg says the industry as a whole will have to get creative and come up with new ideas.

“A lot of people are doing live streaming and there are lots of other ideas,” he said. “ It’s a real change in society but within the industry it’s a real time to experiment, to find solutions, to come up with new ideas … to keep our industry alive.”