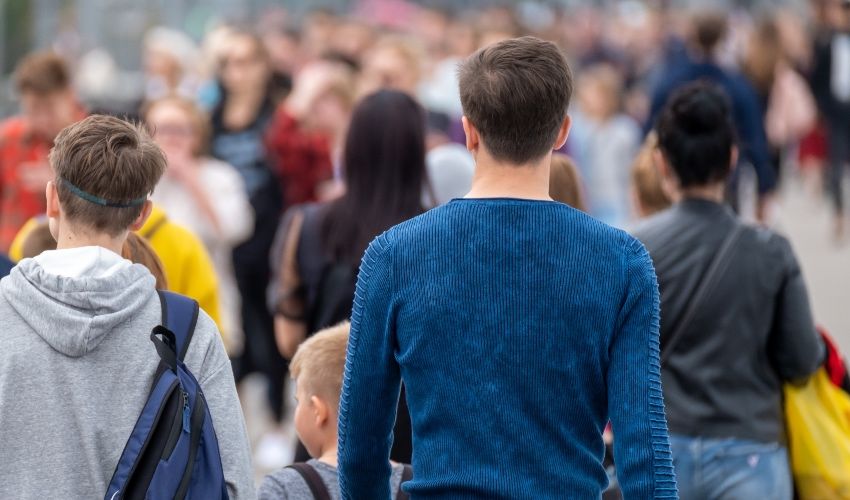 The retirement age may have to increase further and Social Security contributions rise to 14.5% if the island choses to reduce its reliance on migrant labour, the Government’s economic advisers have concluded.

The Fiscal Policy Panel (FPP) say that even maintaining a net increase of 325 people a year, the island's state pension fund could run out within 45 years without more money topping it up.

With Jersey’s population being a key concern of many islanders – although it fell by 4,533 between the end of 2019 and last March, according to official figures – the States Assembly has approved a ‘Common Population Policy’.

This sets a clear aim to reduce the island’s reliance on inward migration, although it delays setting a target figure until a new database collating lots of disparate systems is up and running.

Turning the tap of migration after decades of growth may have positive environmental benefits, in terms of reducing the pressure to build homes in the green zone and traffic, for example, but there will also be an economic impact, the FPP said in its latest report. 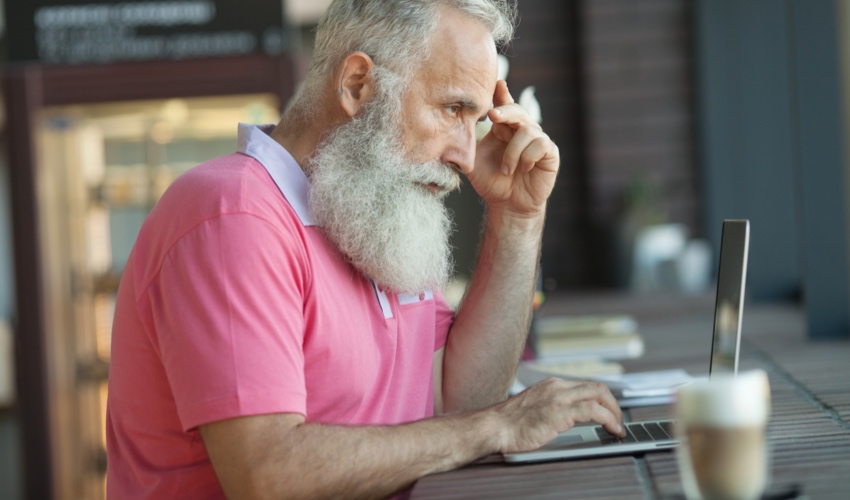 Pictured: The retirement age may need to rise beyond the current 67, which applies to most islanders.

In particular, this will be on funding the aging population, which is set to increase while the working population gets relatively smaller.

The FPP observed: “The 2021 Census [when the population was 103,267] was conducted during a time of increased uncertainty around migration patterns.

“Anecdotal evidence suggested that a significant portion of the migrant community left the Island during and in the aftermath of the pandemic.

“Similarly, there has been evidence that some longer-term residents have relocated to the UK citing returns on property investment and cost of living pressures in the Island. With limited data available, the panel have had to rely on their best judgement based on these data sources.”

It continued: “The panel has considered the change in individual social security contributors and actively seeking work numbers which are high frequency datasets to compare employment patterns.

“These data sources suggest that the rate of growth of the working age population was faster than that given by the annualised average growth (0.13%) between the 2011 and 2021 Census, if employment patterns were maintained.

“The panel expects a period of growth in the working age population which represents a catch up from the fall during the pandemic.

“Following this, the Common Population Policy will determine future migration and therefore the growth in the working age population. Current policy indicates that Government aims to reduce the Island’s reliance on inward migration." 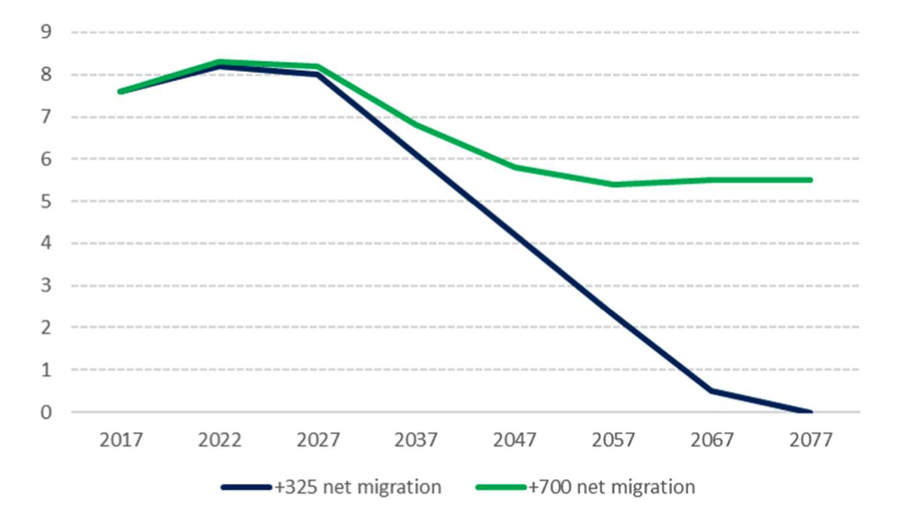 They continued: “To maintain the working age population at a steady level over the medium term (2025-2035) the net migration scenario will need to be between +325 and +700.

“Net migration need not be steady each year to maintain the working age population; instead, it may flex in periods of high demand for labour and fall in periods of low demand.

“As the island is a small population, the birth rate is also subject to large annual fluctuations. Under this assumption, the panel forecasts flat growth in the working age population under the central scenario for the period 2025-2035.

Referring to the £2bn Social Security Reserve Fund, which is a back-up pot of money to pay future pensions, the FPP said: “The fund is strong although this will be put under pressure by an ageing population, particularly if a zero or low (e.g. +325) migration target is pursued.”

It added: “Since the panel’s previous medium-term report, the Social Security Fund has been actuarially reviewed which assessed that the fund to be healthy in the short to medium term and indicated a higher projected balance than in the previous 2015 review.

“Since 2019, there have been several changes which could affect the underlying central assumptions.

“In light of this, it is positive that Jersey has taken the prudent step to set up a Reserve Fund to ease the impact this will have on contribution rates and smooth the ‘bulge’ of an ageing population.

“The reserve will be able to support the transition to a more stable dependency ratio in protecting the current generation from higher contribution rates.”

It added: “This is now more prominent with the latest Census results which seem to suggest a lower migration rate. Lower migration scenarios will likely drive a higher dependency ratio as migrants tend to be younger than the native population.

“While it is difficult to draw a clear conclusion about the migration rate from the latest Census results, the annualised net migration seems to be around 330 and the latest Common Population Policy sets an ambition to ‘progressively reduce Jersey’s reliance on net inward migration’.

CLICK TO ENLARGE: The health of the States' reserve funds, which the Government relies on to pay pensions, long-term care, prescriptions and other key costs.

“Therefore, this may cause strain on the Social Security Reserve Fund and its ability to hold current rates and retirement ages at the current levels. This will also be influenced by investment returns on the fund.

“It is likely that the Government will need to increase the retirement age and/or social security contribution rates in the future if it continues to pursue a reduction in net migration.

“The most recent actuarial review of the fund concluded that based on the position at the end of 2017, contribution rates would need to rise to 14.5% by 2047 - from 10.5% currently - to meet the expected expenditure of the fund, under a +325 net migration scenario.

“After the actuarial review, the Government should consider the future funding for the Social Security Fund and the use of the Reserve Fund.

“Any policy decisions should consider a range of different population scenarios and the impact these may have on the ability to pay future pensions.”

Posted by Christopher Howard on Jul 19th, 2022
What is the point of breaking your back all week to live hand to mouth where you're never going to be able to get on the property ladder. ? If I wanted to buy a house in Poland I would be OK
Posted by Paul Troalic on Jul 19th, 2022
This is not the solution.
The solution is staring everyone in the face so why can't they see it.
All we need to do is to remove the ceiling on contributions so that social security contributions are payable on total salary no matter what the value. It is not rocket science for someone to calculate the break even at which the percentage contribution needs to be set to achieve the level of income required to meet the total income required to fund the service.
Why can our politicians not see this?
The percentage level of contributions will probably be reduced and this will ultimately benefit the lower paid.
Isn't this a big plus?
Posted by IanSmith97 on Jul 19th, 2022
Must be hundreds lolling about on income support with no interest in work.
Posted by IanSmith97 on Jul 19th, 2022
This economy was for decades built on the backs of cheap, imported labour, who were not even allowed to lease a decent place to live, never mind buy one.
But, that’s it, it’s over, Brexit saw to that. We shall have to live with it and start getting our own people - both local and non locally born - who have found out is easier to be on benefits than it is to put in 40 hours a week like the rest of us do/did.
Posted by Jon Jon on Jul 19th, 2022
Raise the ceiling rate ! Pension age has already been raised,what will be expected to work till our eighties now?
Posted by Scott Mills on Jul 19th, 2022
20 pence beers where I'm heading soon, while reading the bailiwick from far far away. Bonjour!!!
Posted by Scott Mills on Jul 19th, 2022
Time to leave Jersey for fairer and better placed areas with amenities for locals, fairer tax bands and cheaper EVERYTHING. Bye island, pity your best years are behind you, never to be see again. Note to people, leave jersey when you retire...the state pension will not be able to get you a loaf by the time you receive it, but pick your cheaper destination...live like a king. ps people doing that already. Quite a few people I know have already left the island, and more leaving towards the end of the year. All professional people, skills and experience gone....Jersey you have been warned.
To place a comment please login Login »