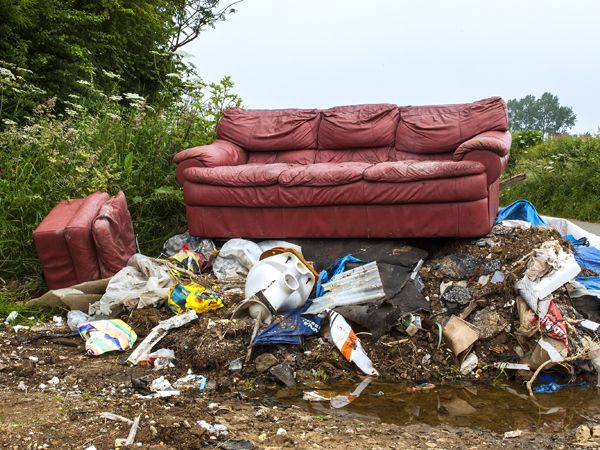 Plans have been announced for a so called 'fly-tipping task force' to stop businesses trying to get around new commercial waste charges.

A recent court decision to force St Helier to pay for rubbish disposal has cleared the way for the planned new charges for businesses, rather than homes.

The response to a recent request under the Freedom of Information law revealed that illegal dumping cost a total of ​£6,042.35 for the Environment and Infrastructure Departments last year. Most of that cost was spent on the proper disposal of asbestos.

But it's feared that cost could rise, once the new charges are introduced.

Deputy Eddie Noel, Minister for Infrastructure said: “It has been clear that people are concerned that businesses might be more tempted to fly-tip waste rather than use the proper facilities, in order to avoid the proposed non-householder charges. We do not want to see Jersey blighted in this way and therefore we intend to take strong action against the perpetrators. This will be a priority for us. We don’t underestimate the task and we hope the Jersey public will help us by reporting what they see.”

When introduced the 'task force' will encompass investigation, monitoring and removal.

They expect that the Love Jersey app, which was launched last August, will be a useful reporting tool for the public.

Posted by Simon Dodkins on Mar 24th, 2017
Its an obvious commercial reaction to increased charges - there will no doubt be more fly-tipping as a direct result of this. I just cannot fathom the stupidity of the States in bringing in these charges. I just hope Deputy Noel has another job lined up. Sadly we will be left with a legacy of increased illegal fly tipping (its already started) and the further spoiling of this beautiful island by the short-sighted government. WELL DONE soon-to-be-ex Deputy Noel.
To place a comment please login Login »