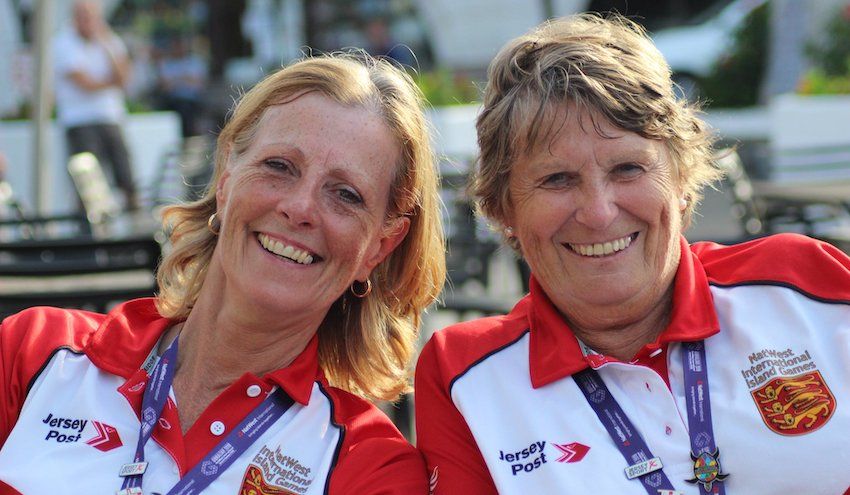 Success in swimming, shooting and tennis has seen Team Jersey rocket to the top of the medal table at this year’s Island Games.

Having begun the competition in fourth place and trailing behind fellow Channel Islanders Team Guernsey, Jersey’s athletes have gone for gold as the inter-island sporting event progresses.

Jersey kicked off the contest with impressive performances in triathlon events and they have only built on their medal count during Monday’s events. Now with 30 medals – 10 gold, 10 silver and 10 bronze – Team Jersey have gone from strength to strength on the second day of the competition. 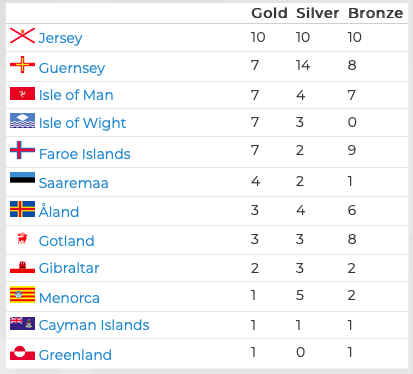 Pictured: The medal table so far.

In fact, the second day of the competition went rather swimmingly for many Jersey sportspeople.

Shooter Mark Dubras scooped his second gold medal after triumphing in both team and individual events.

Two further gold medals for Jersey were secured during shooting events with Jersey’s women and open team placing first in the 10m air rifle event. The revolver team also got gold in their event.

In Judo, Aiden Ward has won bronze in the men’s 60kg event and both Jersey’s men and women tennis teams gained medals in their events.

The third day of the contest will see Jersey athletes put their sporting acumen to the test against 22 teams from islands across the world. Today, Jersey will compete in athletics, badminton, basketball, beach volleyball, cycling, sailing, shooting, squash, swimming, table tennis, bowling and tennis.