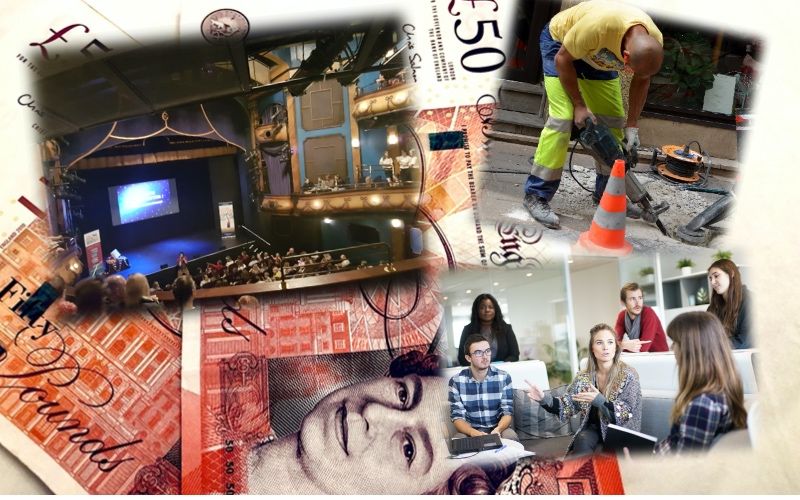 The total amount of Fiscal Stimulus funding will be under £20m, with the final 15 projects being completed by the end of June, the Government has said.

Giving her latest update on the covid-related financial boost to the economy, Treasury Minister Susie Pinel said that the fund had provided social as well as financial benefits.

15 of the 43 projects being funded by fiscal stimulus money have been given extensions to the end of June.

Although not all work will be completed by then, all elements funded by Fiscal Stimulus money will be.

When the States Assembly approved spending up to £50m of borrowed money to boost the economy through the pandemic, they agreed that all projects had to completed by the end of last year.

11 projects met that deadline, while four of the original 47 successful bids were removed from the scheme when it became clear that they no longer met the fund’s criteria to support smaller scale projects costing no more than £5m.

With their removal, and some remaining projects costing less than expected, the total spend of the fund has fallen from £29.4m to £19.9m.

Pictured: One of the projects given an extension to the end of June is the £2.1 refurbishment of Morel Farm in St. Lawrence.

The 15 outstanding projects include a £2.1m repair and refurbishment of the National Trust’s Morel Farm in St. Lawrence; a £1.3m Jersey Heritage project to build an agricultural museum at Hamptonne; Durrell’s £980,000 plan to build a new home for its warty pigs; and a £1.9m Government project to upgrade the gym, football facilities and parking at Springfield.

Smaller projects that have until the end of next month to spend their fiscal stimulus funds include a £203,600 refurbishment of the air cadets headquarters near the Airport; the £271,302 upgrade of the gallery and workshop at La Hougue Bie; and the building of an adaptive surf centre for the Healing Waves charity.

17 of the 43 projects were finished by the end of March, after they were given a three-month extension.

These include the £808,336 construction of a collections, processing, and delivery centre at Acorn; a £1.2m Government project to find long-term unemployed islanders a job; the £190,000 construction of female accommodation for the Shelter Trust; and the £1.5m redevelopment of the First Tower Youth Centre.

Giving an update on the Fiscal Stimulus funding, Treasury Minister Susie Pinel said: “The majority of projects have now been completed with the social and economic benefits demonstrated in the individual project summaries.

“It is heartening to feel the reach of these projects and see how they have impacted the community.

“The next report will detail the finalisation of the remaining projects and review the overall economic impact of the programme.

“The fund will be closed by December 2022 in line with the original proposition.”

The money for the projects came out of the Government’s ‘revolving credit facility’ – in essence, an overdraft that it could draw on during the pandemic.

The Government plans to refinance this debt – estimated to be up to £385m – by taking out a 20-year public bond.

The four projects that were removed from Fiscal Stimulus funding were work on the Opera House, Jersey Arts Centre, the headquarters of Jersey Spartans and the upgrade of sports facilities at Oakfield.