Two in hospital after head-on crash 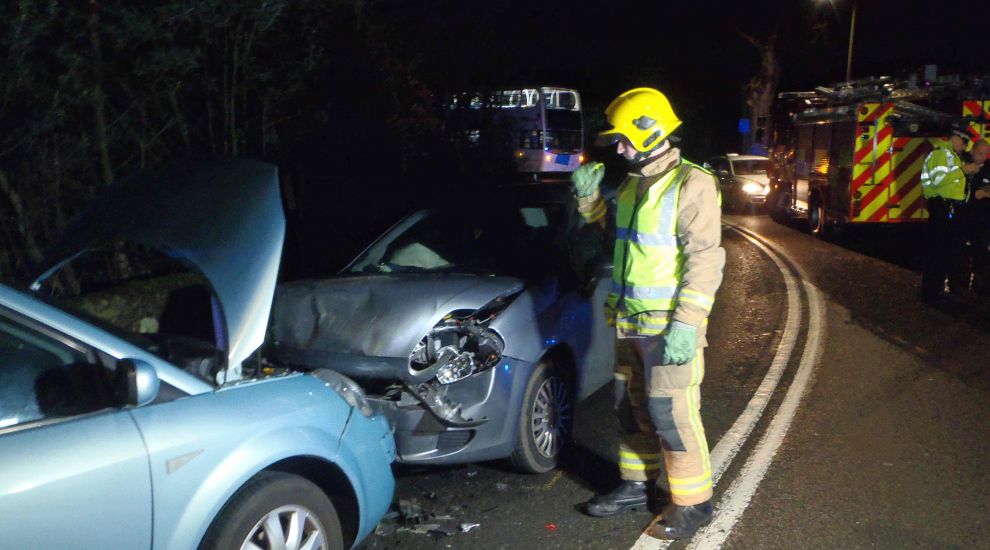 Two in hospital after head-on crash

Two people were taken to hospital after a French driver who had just arrived in the Island drove down St Aubin’s Hill on the wrong side and collided with a car coming the other way.

The accident happened at 6.48 pm on Saturday night.

Both cars were damaged in the head-on crash, and traffic was held up for some time.

Police, firefighters and ambulance paramedics all attended the accident.

Jersey Fire and Rescue Service Watch Commander Paul McGrath said that the scene was made safe and the casualties treated quickly, and that the three services had worked well together to deal with the accident.

Passenger cut from car after high-speed crash into tree