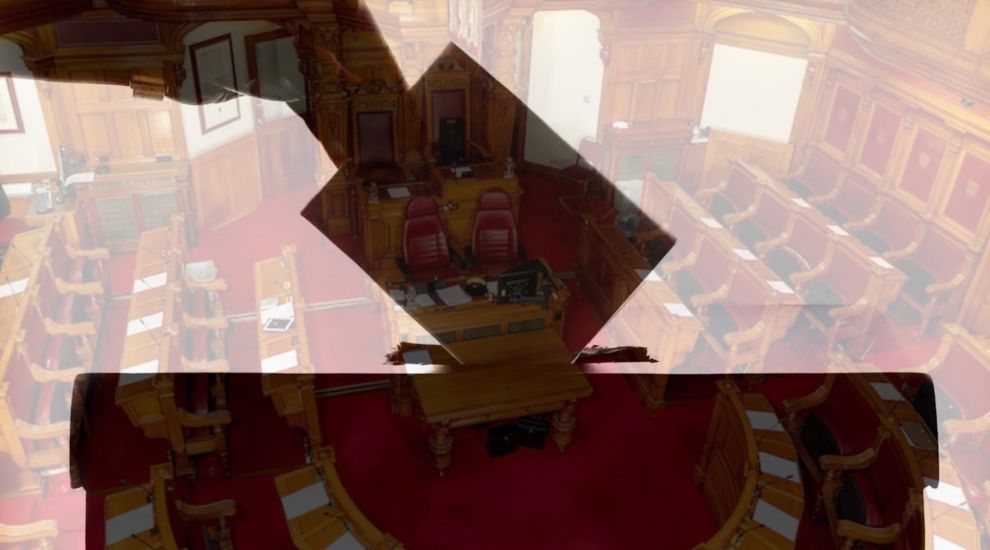 New districts, no more Senators, and 'None of the Above'... After the most major shake-up to the island's electoral system in history, new figures have shown that very little changed when it came to getting islanders to polling stations.

There were 25,264 ballots cast in the election out of 60,678 islanders registered, making the voter turnout 41.6%, nearly two percentage points less than in 2018, according to figures released by Vote.je yesterday afternoon.

The turnout in the previous election had been 43.4%.

Overall, the turnout for Connétable elections was of 39.8%.

St. Mary reached the highest turnout with 53.1% whilst St. Helier had the lowest with 32.4%. In those parishes, David Johnson and Simon Crowcroft were elected respectively. 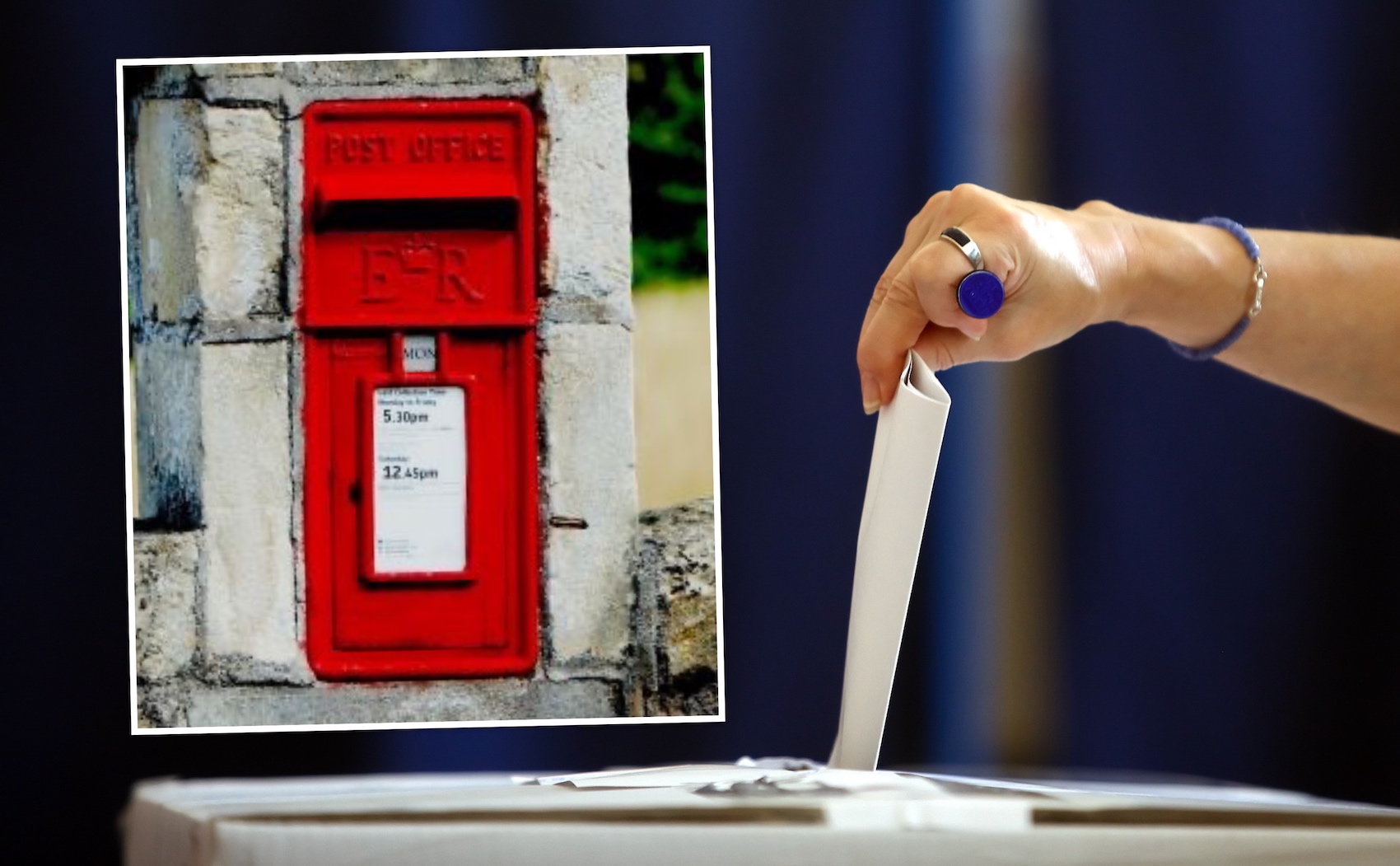 Pictured: There were a total of 4,427 postal votes cast in the Deputies and Connétable elections.

2,252 and 2,175 postal votes were returned in the Deputies and Connétables elections respectively, with 529 in the St. Helier Connétable election alone.

The Connétable election in St. Helier also saw a high number of pre-poll ballots, 643, over five times more than in St. Saviour where only 124 were cast before election day.

The number of spoilt ballots was under five across all districts and parishes, with a total of 33 across both elections. There were also a total of 26 ‘doubtful’ ballots as well as 71 rejected postal ballots.

A total of 340 of invalid ballots were also found, the majority of which (213) in the Connétables election. 79 of those were found in the parish of St. Helier, with another 43 in St. Brelade.

The district of St. Brelade had the highest number of registered voters with 8,043, followed by St. John, St. Lawrence and Trinity with 8,001, and St. Saviour with 7,683.

Meanwhile, St. Helier South and St. Helier Central had the smallest amount of registered voters with 5,025 and 5,306.

The latest figures are unlikely to improve Jersey’s ranking in voter turnout in Organisation for Economic Co-operation and Development (OECD), the ‘Better Life Index’.

In the index, which aims to measure a nation’s wellbeing and progress, Jersey’s political engagement ranked lowest out of 41 countries earlier this year.

Pictured: Jersey ranked 24th out of 41 nations, five places lower than in 2019, in the most recent survey.

In 2019, the island had already ranked lower than all OECD member and partner countries in civic engagement (measured by voter turnout) with a score of zero.

Just hours after being elected Deputies of super-district St. Mary, St. Peter and St. Ouen, former Senators Ian Gorst and Lyndon Farnham launched a bid to get their old island-wide roles back. 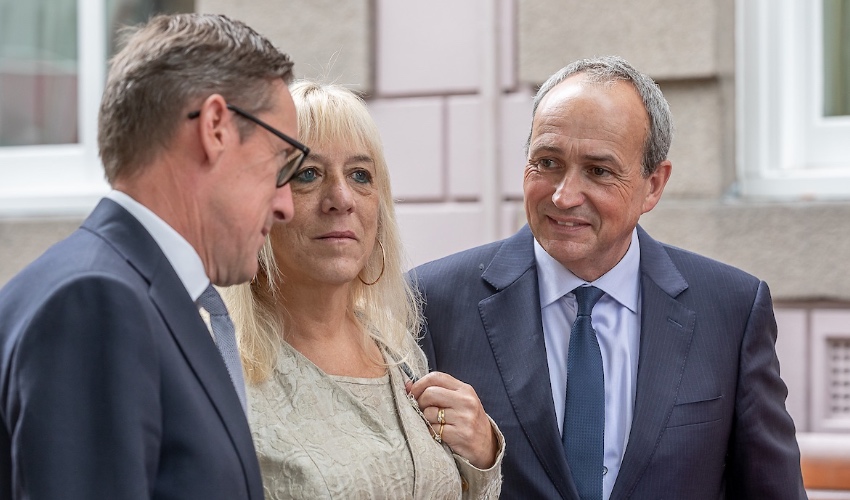 Pictured: Deputies Gorst and Farnham worked together on a proposal to bring back the island-wide mandate in 2026.

“We were repeatedly told by voters that they were unhappy at the loss of the Senators and wished to see their return at the next election," said Deputy Gorst.

“Indeed, in my 17 years as a States Member, which has taken me through six elections, I have never known any single issue to be raised with such frequency when talking with voters on the doorstep. I understand that this was reflected in most, if not all, of the other electoral districts."

He has put forward an in-principle proposal for debate by States Members at the start of the new States Assembly term following the summer recess.

Posted by Jon Jon on Aug 3rd, 2022
You can't now go back to the old system of 8 senators voted Island Wide. Need to go forward and every States Member stands on an Island Wide Vote as Guernsey did, that way far many people will turn out to vote. Oh and Connetables need to be removed by next election from States.Ours In Trinity made a fool of himself as only member of Alliance to get in and now he's left the party!
Posted by Frustrated Islander on Aug 3rd, 2022
The position will not change until we roll out online voting, which seems an impossible task, although there is far more technology and security involved paying for something off the internet!

While we are doing this perhaps we can also look to the technology available throughout the whole voting process. It is lovely having volunteers manually undertake each and every task required for me to vote but surely this is not necessary and actually discourages people (I waited 30 minutes in a queue of 6 people) plus there is human error to consider......
Posted by Private Individual on Aug 3rd, 2022
Is anyone surprised at this result when we still have 8 unelected members of the government in the state's chamber?

All members need to be voted into office and the position of constable removed from the state assembly unless they are legitimately elected against another living person.

Not a piece of paper.
Posted by Keith Marsh on Aug 3rd, 2022
In general people were NOT happy with the removal of Senators and only voting for Deputies and Connétables. There is no doubt that people like to vote for certain individuals in whom they believe are the best for the Island, even though they are not in ones voting area. This needs to be reversed for the next election.
From personal experience Postal Voting was very helpful, as being partially disabled voting centres are not always disabled friendly.
We do our Banking, Pay our Taxes and Connect with our friends all around the world on-line, surely it must be possible to produce a reliable system within the term of this Government ~ then there is a better chance that people will cast their votes.
HOWEVER ~ Candidates did not bother to go door to door in my part of St Helier ~ iif they can't care, WHY should the voters.
To place a comment please login Login »