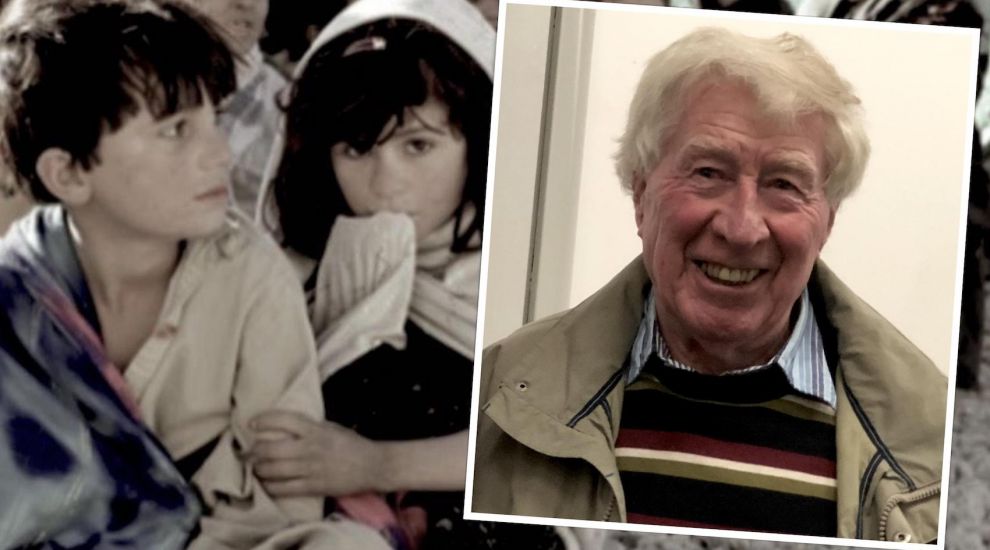 A former child refugee is urging Jersey to fulfil its “obligation” to give a home to unaccompanied youngsters fleeing war and persecution as thanks for the safety thousands of Channel Islands children were given abroad during the Occupation.

The impassioned plea came from John Searson, an islander in his 80s, who, along with his wife, Mary, was one of around 5,000 children evacuated from Guernsey and 1,000 from Jersey, as Nazi rule loomed in 1940.

Speaking unprompted last night before a packed audience at a talk by Lord Dubs – a ‘Kindertransport’ refugee himself, who has since become a passionate advocate for today’s vulnerable youngsters – organised by charity ‘Jersey Cares; Refugee Aid Group’ (JCRAG), Mr Searson shared one of his earliest and most vivid memories of having a ‘Channel Island Refugee’ sticker placed on him as he caught the last coal boat out and made his way to safety in Manchester.

There, he recalled sleeping in a school gym before being selected by a local family to be cared for. Fortunately, within six weeks he was reunited with father, who went on to set up the Channel Island Refugee Society and organised a rally at Belle Vue with 6,000 attendees, who he remembers cried, laughed and hugged each other as they came together.

Having returned after the war to Guernsey and then moving to Jersey in the 60s, Mr Searson told Express his childhood experience left him passionate about having the islands repay the favour, arguing that those opposed to welcoming child refugees “shouldn’t forget, it wasn’t that long ago”.

“I think Jersey has a real obligation because we were helped,” he said.

It’s for that reason that earlier in the day he had met with Lord Dubs, who has visited the island to share his support for a scheme to help unaccompanied minors – of which there are over 90,000 in the world, with around 10,000 declared ‘missing’ by Interpol last year.

Lord Dubs told the crowd during the event: “It would be wonderful if Jersey could make a small gesture and take in some of them. I think it’s important that we demonstrate there’s a shared responsibility for what is a fundamental humanitarian issue."

80yrs ago Britain offered a safe haven to 10k child refugees escaping Nazi Germany. Britain did this alone through a scheme known as the Kindertransport

80yrs on there are 1000s of child refugees in Europe needing to reach safety. Support us & make it happen #RedNoseDay2019 pic.twitter.com/rkMipM90qX

He continued: “Just to give a decent life to one child is to give one child hope and a future… it would be great if Jersey could respond in a positive way… Over to you.”

That sentiment was echoed by the Children’s Minister, Senator Sam Mézec, who urged islanders to “reject selfishness and division” and “open our hearts”. He said it was “important to acknowledge” that the Children’s Service was already “stretched”, but that it wasn’t an excuse for the island not to “do our part in this terrible crisis humanity is facing”.

Children’s Commissioner Deborah McMillan joined him in this plea, speaking of how she had seen refugee children become “integrated” into society while working in Wales, and relating the story of Haya, whose plight as a child refugee moved her when they met at the UN.

Mrs McMillan explained that Jersey signed up to the United Convention on the Rights of the Child in 2014, which includes “promises” that children within signatory nations – regardless of background – have the right to escape war, persecution or natural disasters, and special protection and help whetehr travelling with people or alone.

She further told of how children without help can be vulnerable to smugglers, traffickers and sex abuse, questioning: “Is this someone else’s problem, or does Jersey have a role to play?”

I met 16 yr old Haya at the UN in Geneva. Haya is from Syria and lives in a refugee camp. She says that children don’t know that they have rights. She lobby’s the UN to ensure children in camps can access education. Jersey could help by welcoming child refugees pic.twitter.com/Mz1vIBy8cC

Rosie Rooney from charity Safe Passage UK, which worked with Lord Dubs to develop a scheme to provide sanctuary to over 400 unaccompanied child refugees, shared a video detailing how child refugees had made their home Bute – a tiny Scottish island with a population of little over 7,000 – to show how Jersey would be able to adapt to the change.

In a discussion following the talk, one islander suggested that private donations rather than total government funding could be used to make such a scheme work on the island – a suggestion welcomed by the speakers.

The island’s dearth of foster care provision was also addressed, but the Children’s Minister was firm that the decision to accept child refugees isn’t something that could be enacted “tomorrow” – there would be support put in place in advance. He further suggested that islanders should not judge if some who had not fostered local children would want to talk part in the scheme.

Deputy Montfort Tadier, who was among audience members, queried why, if Jersey has a “money-making” scheme for “affluent” Chinese students to visit and stay with local families, vulnerable young people couldn’t also be accommodated.

Ms Rooney commented on how there had been criticism of how some of the child refugees that had entered the UK were older males. Anticipating that this could be an argument in Jersey, she reminded islanders that even 16 and 17-year-old boys have still “deserve” to recuperate their “lost years of their childhood”. 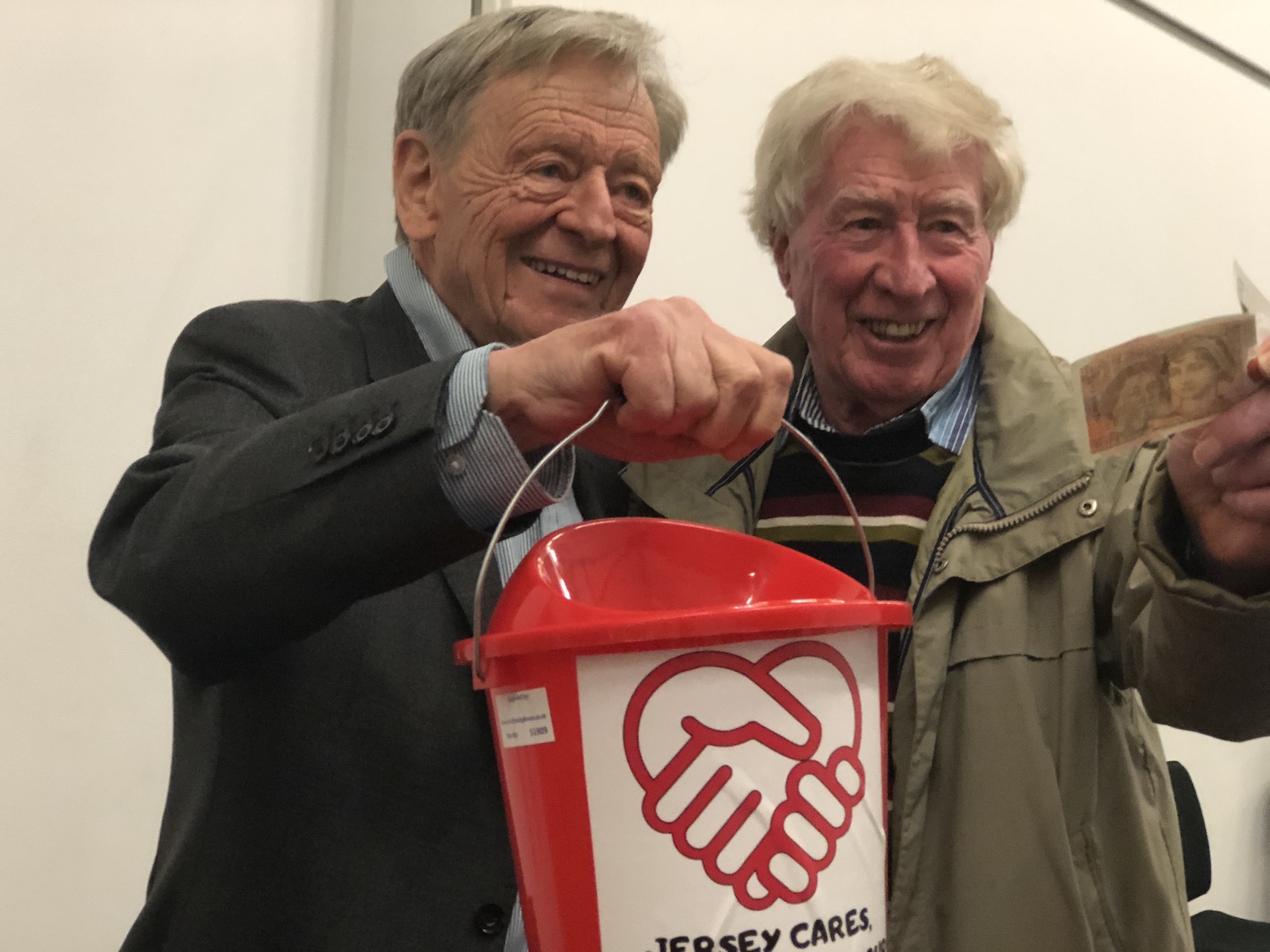 Pictured: Lord Alf Dubs (left) and John Searson (right), who are both child refugees of the Second World War.

Urging islanders to “spread the word” and “keep up the pressure”, Lord Dubs said he hoped that one day he would be able to use Jersey as an example to “chivvy along” UK politicians.

Describing the audience as “wonderful people”, Lord Dubs said he had “never had such a positive meeting” and that he was enthusiastic about the future.

The meeting also saw the launch of a new e-petition by JCRAG, asking the States Assembly “to consider welcoming an appropriate number of child refugees”.

At the time of writing, it has close to 100 signatures.

IN PICTURES: An evening with Lord Dubs... 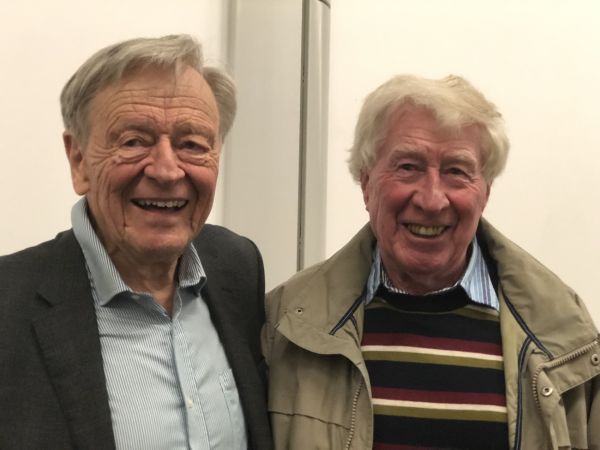 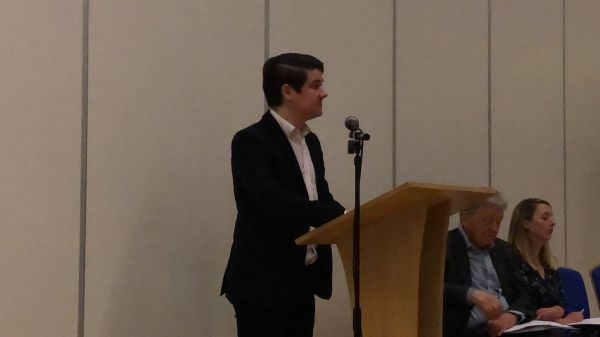 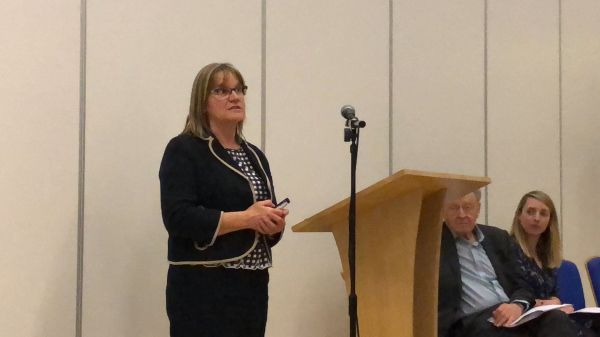 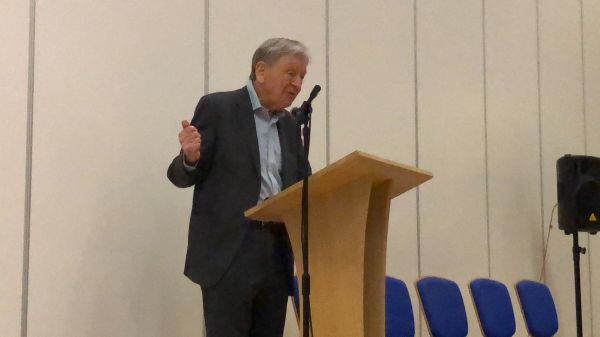 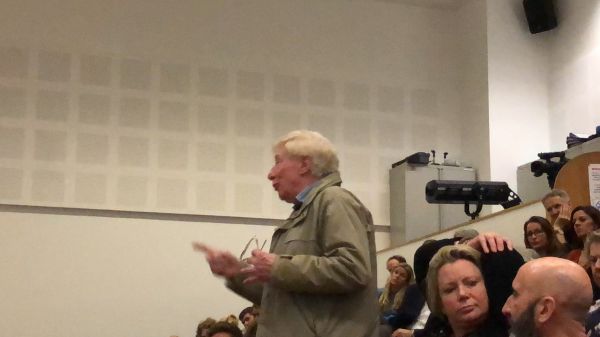 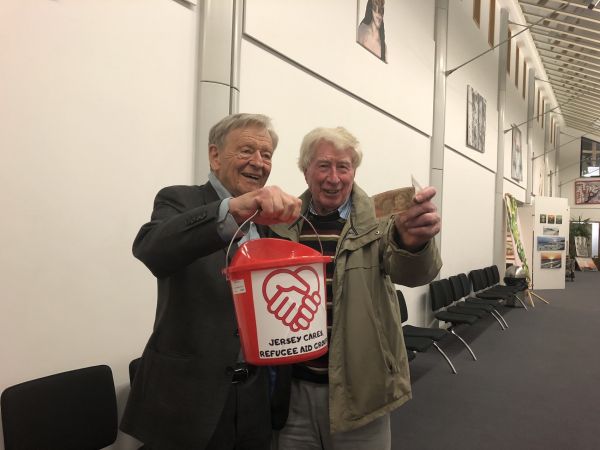 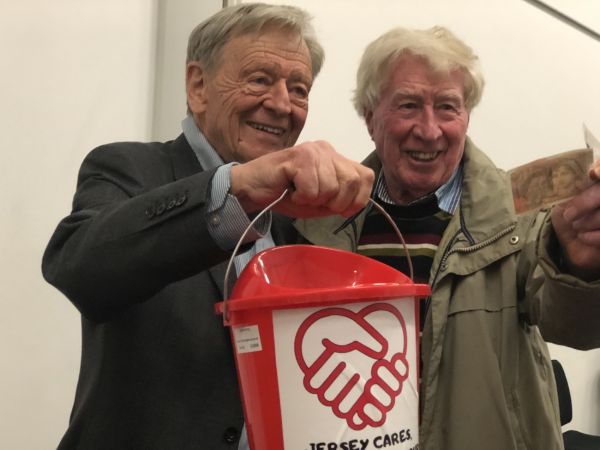 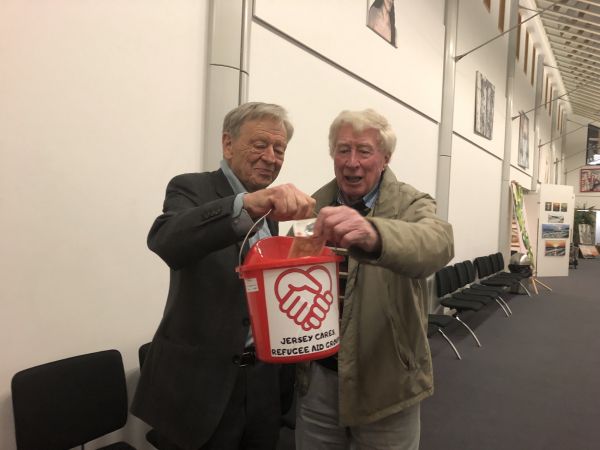 Posted by William Boyd on Mar 22nd, 2019
When the Kinder Transport children came to the UK each one of them had to have a sponsor, they were not to be a charge on the state. UK government figures show it costs £55,000 per year per child to support a child 'refugee' there. Are we really, no really prepared to pay that every single year for 1 child 'refugee' up until it reaches adulthood? Then there is the problem of after they get in, extended families mysteriously apply to join them as extended families. It is alright having sympathy but this emotional blackmail campaign is not right for Jersey (it's not right for the mainland UK either but that is another story).
Posted by Lesley Ricketts on Mar 23rd, 2019
We simply cannot accept refugee children when we are sending our own children to UK to be fostered or looked after in residential units because we haven’t got enough local placements for them. What message are we sending to our own vulnerable children if we do this?
To place a comment please login Login »