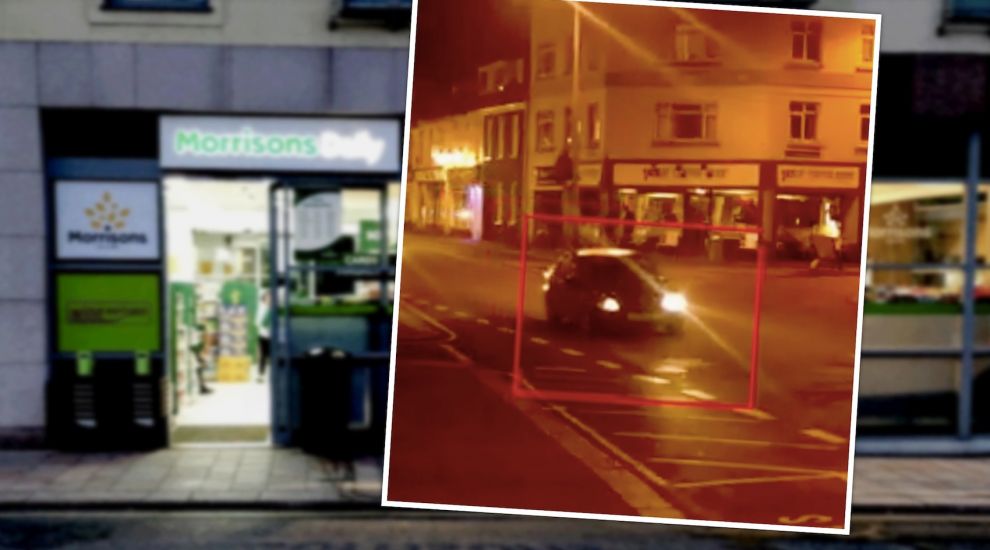 A 37-year-old man has been arrested on suspicion of attempting to rob a supermarket at knifepoint.

Police said the attempted 'hold-up' took place in Morrisons on Gloucester Street on Friday (24 January) around 22:00.

The knife-wielder allegedly entered the store, which forms part of the Spectrum apartments development, as it was closing.

Staff quickly retreated into a back office for safety, however, and no one was hurt.

The perpetrator was forced to leave empty-handed.

Police issued an appeal for witnesses or those with CCTV or dash-cam footage shortly after 15:00 yesterday, stating that they were looking to track down the driver of a Mercedes spotted nearby at the time.

Believed to be involved, the vehicle was described as "black or dark blue" and "possibly a C Class".

Video: Investigating officers were searching for the driver of the vehicle in this CCTV footage.

The Force said it was spotted on the inner road at the roundabout at West Park at around 21:45 heading towards Cheapside, before driving past the hospital and down Gloucester Street. It then parked there for 20 minutes before driving down to the traffic lights and heading west.

Shortly after midnight on Monday (27 January), Police issued a statement saying a 37-year-old man had since been arrested in connection with the attempted armed robbery.

No other details were provided about the suspect, but Police added: "A vehicle which is believed to have been involved has been recovered."

Despite having made an arrest, Police are continuing their appear for witnesses or those with more information about what happened and urge them to contact them on 612214 or 612612 or make an anonymous report via the Crimestoppers website.