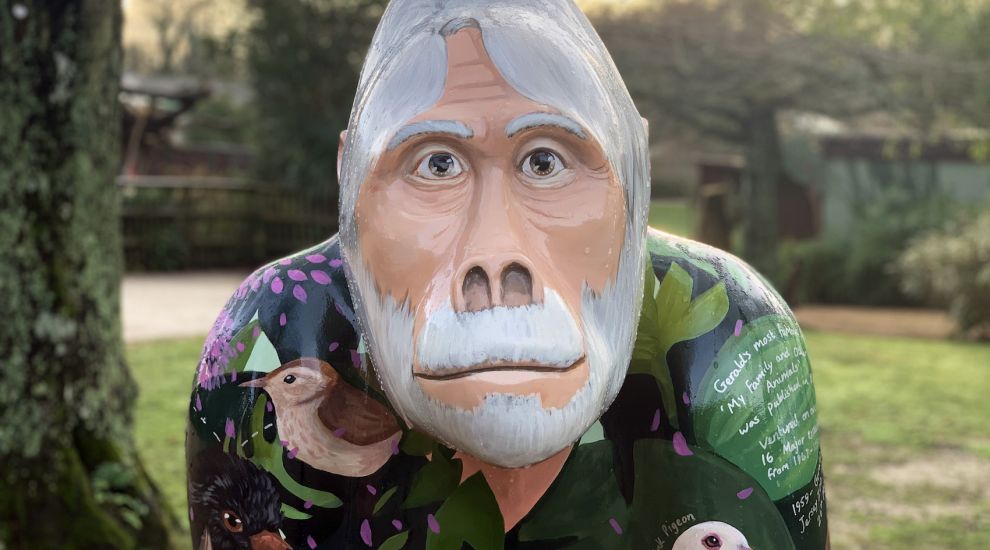 A gorilla in the likeness of Gerald Durrell is making his way back home.

The life-size sculpture was one of 40 to be part of Durrell's 'Go Wild Gorilla Trail' this summer - an initiative that aimed to celebrate the conservation charity's 60th anniversary while raising money for a new gorilla enclosure.

After months on display outside Jersey Zoo, Kelly Stanford's Gerald Durrell sculpture - the favourite of The Durrells star Milo Parker, who plays a young Gerald in the TV show - raised £36,000 when it went under the hammer as part of the Grand Gorilla Auction.

Video: Milo Parker - star of The Durrells - speaks about his favourite gorilla sculpture.

More than one million was raised in total on the night, which saw Bargain Hunt's lively Charles Hanson in the leading role of auctioneer.

For some time it was unclear where 'Gerald' might end up, but it has now been revealed that his anonymous buyer has decided to return him back to his home in the grounds of the Trinity wildlife park.

Organisers say he'll be kept just beyond the entrance of Jersey Zoo, which they hope will serve as a reminder of the summer's colourful trail.

We are THRILLED to announce that we raised a grand total of £1,146,500 at the Grand Gorilla Auction, which is beyond anything we could have hoped!!

Thank you so much to everyone who has been involved with this project, you've all been amazing! pic.twitter.com/Yutso7Pl3Z

"We were so thrilled when we heard that the Gerald Durrell gorilla was to be donated back to us and he is now proudly greeting visitors as they arrive at the zoo," Durrell CEO Leslie Dickie commented.

"We are so grateful to the very kind donor, who generously bid for this gorilla and then decided to return him to the zoo. He will be a lasting legacy to the magnificent Go Wild Gorillas trail that made people smile all summer."