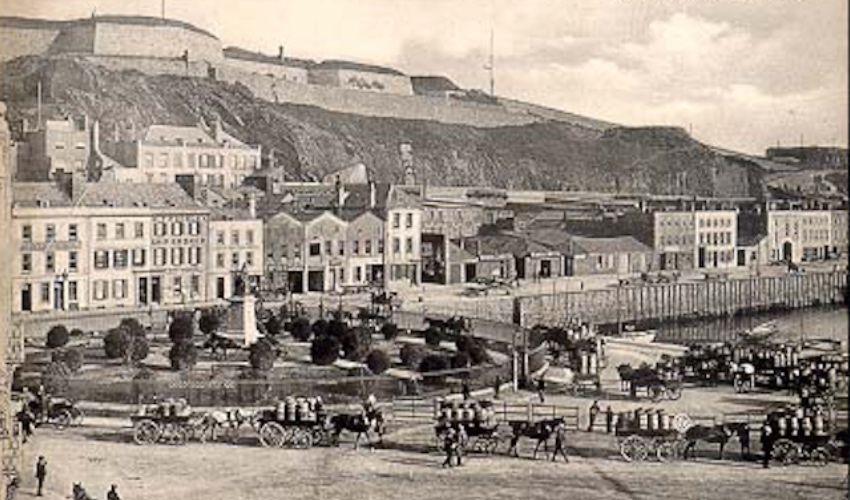 News Eye this week dips into history, sharing a 1805 report from the ‘La Chronique de Jersey’ on the controversial decision to build Fort Regent.

Entitled, 'Tis the Fort that counts', it was written by correspondent Philippe Falle, under the editorship of Rev. TB Weather-Balloon:

On Friday 8 Avril 1805, the folk of St. Helier gathered at the Salle Paroissiale, at the invitation of Constable Winter Snowcroft, to attend an Inquiry of Planning into the proposed construction of a Fort on top of the eastern escarpment of Mont de la Ville.

For the applicant, the Crown, Major-General John Hambly Humfrey RE argued that the Fort was necessary to defend the island against “that diminutive Frenchman with delusions of grandeur”.

Asked to clarify, he said he was not referring to Chef-de-Police Monsieur Guida but to Bonaparte, the jumped up Corsican sat on his tiny throne at the Palais de Fontainebleau.

Maj-General Humfrey said that the Fort would be pleasing to the eye, with calming crenels, richly decorated curtains and flexible ditches to take account of evolving methods of combat.

It would be a bastion of soothing architecture, there could be no redoubt, he stressed. 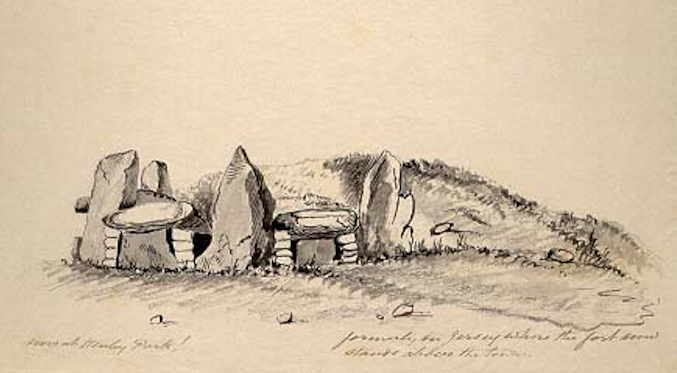 A number of St. Helier parishioners expressed concern that South Hill would not be wide enough to take horse and cannon, especially the hairpin at the top.

One suggestion was to have a traffic light system on Pier Road, with Madame Cynthia Payn, who appeared to be known to many men in the room, helpfully saying that she would be willing to donate one of her red lamps at the bottom of the hill.

With the General seemingly poised to sign a compulsory acquisition order, the project was thrown into doubt when Mr Marcus Schozell of ‘Sauvez le Patrimoine de Jersey’ pointed out the cultural and historical significance of a Neolithic dolmen situated at the top of Mont de la Ville.

The ‘Plan de Pont de Jersey’ would surely not allow the destruction of such a site of significance, he argued.

The matter was quickly resolved when the Governor, General Henry Seymour Conway, said his wife rather liked the idea of a rockery at their pad near Henley-on-Thames to hang her prize begonias off.

With the bark of an order, the stones were hauled off and rearranged next to Lady Conway’s pergola in quick fashion, in a rough circle as best remembered by the sapper in charge after a drunken night on the ferry.

Next, town lawyer and part-time conjurer Mr O. Blaklée Esq stood to make great importance of the need to retain the fine oaks that lined the east side of South Hill.

However, this matter soon fell away when Mr Edouard Allix of the nearby shipyard at Havre des Pas sheepishly confessed to having lopped them all down the previous Wednesday to build a 70-ft cutter for Mr Charles Robin.

Young Edward Vibert, a cub reporter with ‘Le Soleil de Jersey’, then chipped in to observe that he would be able to see the Fort from his modest abode near Martello Tower One.

This would cast him in unnecessary shadow while playing bowls on the hoe above St. Andrew’s Park, he said.

A representation was also heard from a group of pamphleteers, Nos Amis Du Nouvel Hôpital, who argued that King George would be mad to approve such a construction.

“It will be seen from all over the island,” said the group’s interim leader, PT Funk, who heralds from the recently lost colonies. “From Wellington Road, Waterloo Lane, Nelson’s Eye, even the Trafalgar … you won’t be able to miss it!”

After days of deliberation, Jurat Staddon recommended that more work be done to create a botanical garden and possibly a casino or spa for the troops to be stationed there.

Eventually, the fortification was built but, by the time it was ready, Napoleon was tending to his sweet peas in St. Helena, and Fort Regent never fired a cannon or musket in anger.

With thanks to Jersey Heritage for the images.