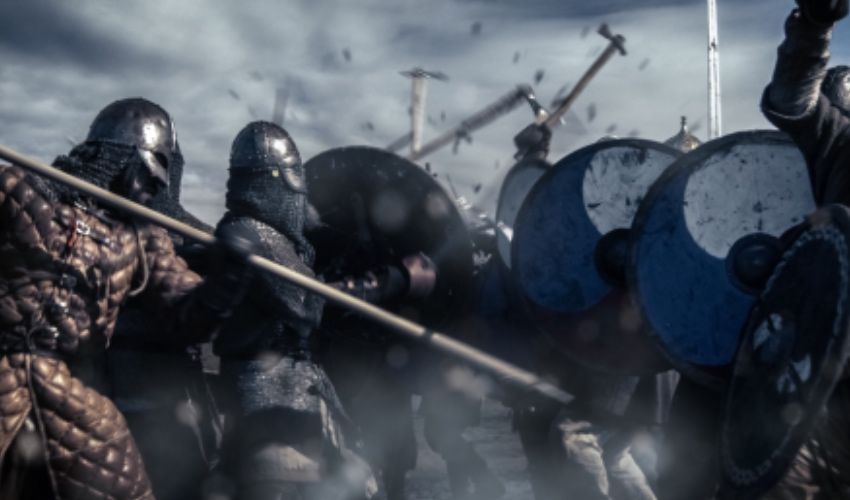 ‘Twas an ancient battle between two feuding Knights of the Realm desperate to get their hands on the Holy Grail of being named Chief of the Round Council of Caesarea.

The battle was fought over the marais, hills and estates of Saint Clement, famous for its gleaming white towers and bijou green fields.

Both knights had earlier attempted to win over the senior nobles of the Chivalric Order of the Good Companions of the East, the feisty agitators of the Green Island Popular Front and the all-assimilating residents of Le Bourg.

But the good people of the realm, led by Marcus of Troy, would not be swayed by such empty promises of riches - and a great electoral battle ensued.

In the dark blue corner, there stood Sir Bailio, and in the light-blue corner, Sir Bolio, each with their massed ranks of three supporters.

On Sir Bailio’s shield was emblazoned his emblem, the Firebird of Pontac, a phoenix to represent his return to the battlefield after retiring from his various past crusades.

On Sir Bolio’s shield was his avian symbol: the Speedbird, famous for migrating regularly between Caesarea and London Town.

Both Knights looked rather confused where they stood, as both had only been to the Parish of Saint Clement for a quick recce and a few banquets at the Green Island eatery.

Indeed, Sir Bolio couldn’t wait to return to his stronghold, the Castle of Quay in the Shire of Saint Helier, while Sir Bailio wanted to get back to his Queen in their Valley in Grouville.

Gathered at Mi’Lords Corner, the flag-flying supporter(s) of each knight tried their best to make their numbers look greater.

All brandished the famed local weapon, the Samarès Sword, a sidearm as adept at pruning an over-active clematis as it was chopping off a limb.

“We are the knights who say ‘Bol’,” replied the other.

Sir Bolio’s seconder Sir Lindsay Buckingham-Palash was supposed to ride on a white horse but instead rode into the White Horse, after believing rumours from second-hand news that he had to go his own way.

He promptly downed eight pints of mead and fell asleep in his armour.

Sir Bolio’s other man-at-arms was a French nobleman who was already negotiating surrender terms.

Sir Bailio’s forces were also thin on the ground, with his Progress allies still unsure of the lie of the land.

But despite their sparse echelon, Sir Bailio and Sir Bolio fought their battle, while the fair folk of Saint Clement looked on bemused, wondering why their parish had been chosen for such an underwhelming tussle of medieval egos.

In the end, after all the back-stabbing, verbal jousting and stone-throwing, one knight rode through to take glory.

Who could it be? Was it Sir Bailio? Or was it Sir Bolio?

No, waiting quietly on the flanks of battle, Lord None-Of-The-Above had ridden in without anyone noticing to take victory on the day.

WARNING: May contain satire. Or not, as the case may be.