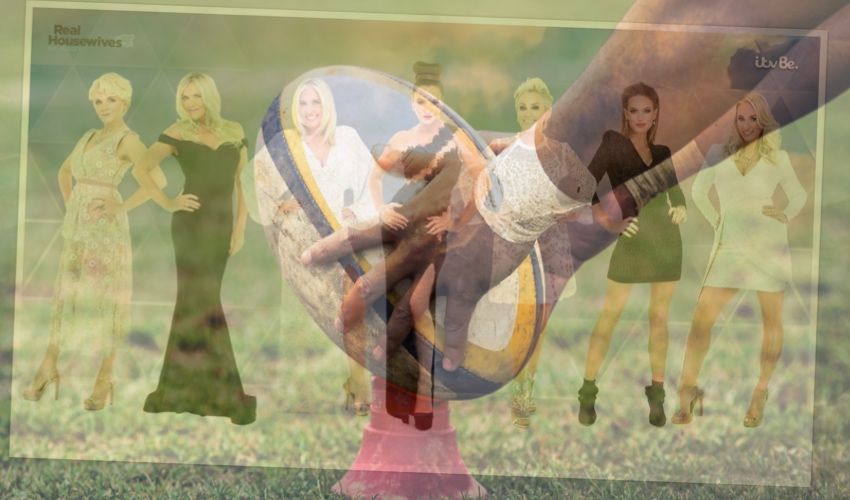 TV producers filming season two of the Real Housewives of Jersey have devised a spin-off show to capitalise on the arrival of a special group of visitors to the Island in June.

News Eye can exclusively reveal that the Real British and Irish Lions of Jersey will be a hilarious-cum-excruciating, fly-on-the-wall look at the lives of Warren Gatland’s squad when they visit the Island on a training camp.

With a TV crew already in the Island to film Jersey’s favourite ladies-who-lunch, producers thought that a structured reality show focused on the lives of rugby’s talented and famous as they prepare for their crunch series against South Africa would be a ratings success.

News Eye has been given exclusive sight of the episode plots, which will surely be accompanied by lots of gorgeous shots of beaches, meadows and castles on a sunny weekend - rather than the back-end of town on a wet and windy Tuesday.

The top-secret episode guide is:

Front row Jamie fakes his first line-out, upsetting Maro Itoje, who was ready to grasp the ball with both hands.

2. Underhill and down dale

Sam shows off his impressive tackle to a group of well-groomed middle-aged women.

Ben Youngs paints a portrait of the Welsh back, but it looks more like a tired Brian Moore than the chiselled outside-half.

The steely half-back woofs Flower of Scotland to his little terrier Fraser on the pooch’s third birthday.

Courtney makes a grave mistake when admits that he once scrummed down with a hooker in a churchyard.

8. Launch (bury) a drink at your friend

Joe throws a beer at Ellis Genge, who is sat in the dentist’s chair and luckily has a funnel in a mouth ready to capture it. In fact, he’s pleased it is lager as Gareth Davies seems to have a bottle of something else he’s just produced ready to pour down the receptacle.

9. A recipe for success

Joe Marler bakes a cake in the shape of a pair of testicles, to help demonstrate to his fellow forwards where to best grab the opposition.

The squad climb on Tessa Hartmann’s yacht for a boat race. Tessa thinks this is a speedy jaunt across to Beauport but it actually involves everyone sitting on chairs in the middle of the cabin downing a pint of lager as quickly as possible. The loser has to row to shore, rowlocks out.

Conor Murray and Jonathan Davies play a friendly game wrapped in bath robes in the Strive spa. Deciding against Beer Pong or Shot Roulette, they opt for Jail Break. Three hours later, Conor’s paddleboard reaches St Peter Port, where he is pilloried and sent to jail by the friendly locals for breaking covid regulations.

Sprightly wing Elliot has a nip, a tuck, a close shave, and an injection … of pace, all while carrying the ball down the pitch.

Hedi Green joins the squad to discuss the joys of tantric scrumming, which is accompanied by the referee’s orders: “crouch”, “don’t touch”, “pause”, “pause some more” “hold it in”, “engage!”

The Real Lions of Jersey will be aired this summer, after the players have returned from (hopefully) thumping the Springboks.

A second series, filmed in Guernsey, is not being discussed.

Posted by Guy Le Maistre on May 2nd, 2021
Any member of the back-up team, even if they're relatively unknown, will automatically be labelled a "star" of The Real Lions of Jersey by ITV if they appear often enough on screen. It doesn't matter if they have no discernible talent or just look or act ridiculous, apparently they're still a "star".

P.S. Congrats on padding out this wafer-thin plot line to cover 13 episodes. Even if it's really sh*t, it'll have great scenery, and so may well get a second series.
To place a comment please login Login »