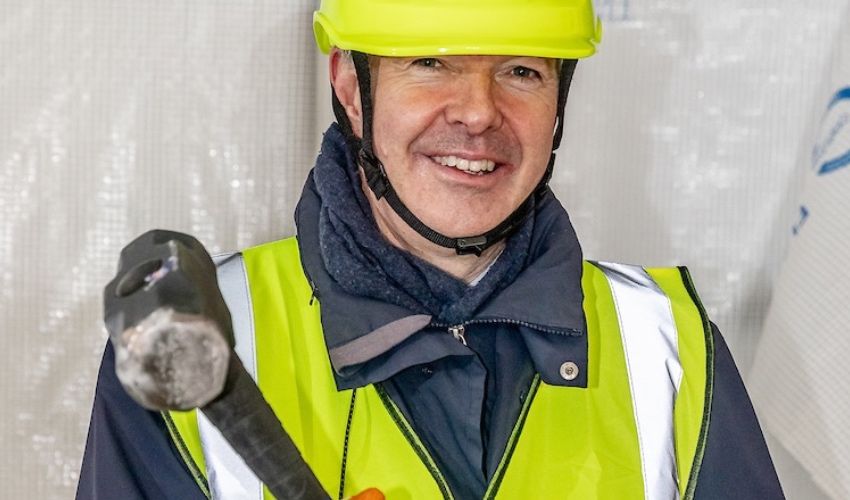 Not to be outdone by Boris Johnson dressed as a policeman, Jersey’s Chief Minister chose another of the Village People this week when he became ‘Construction John’ at soon-to-be-demolished Cyril Le Marquand House.

Replete with hard hat, high-viz vest and sledgehammer, the steely eyed politician not only removed some concrete blocks but also took a few swings at his political opponents with this show of unbridled virility.

With all the right safety equipment - including a sign saying, “Warning - awkward media stunt underway” - Senator Le Fondré tapped a few blocks in the centuries-old [Is that right?... Ed.] high-rise tower, which amazingly gave way with ease.

However, events took an unusual turn when someone in the crowd shouted out “Kristina for Chief Minister!”

Within 30 seconds, Senator Le Fondré had single-handedly removed five floors and a lift shaft and had to be restrained by three builders, lest he start demolishing the Magistrate’s Court too.

Once the hammer had been prised from the Chief Minister’s hands, it was then passed to Deputy Kevin Lewis, who said he’d first have to ask his officers how to use it, as well as how to put on the gloves and tie up his shoelaces.

Asked if any other politician would like to get hammering, Deputy Lindsay Ash eagerly stepped up, but then declined with an apology, saying he thought he’d heard ‘hammered’ instead.

Deputy John Young then swiftly removed a few blocks, citing his experience using a sledgehammer when he was a planning enforcement officer for Whitechapel District Council in the 60s. 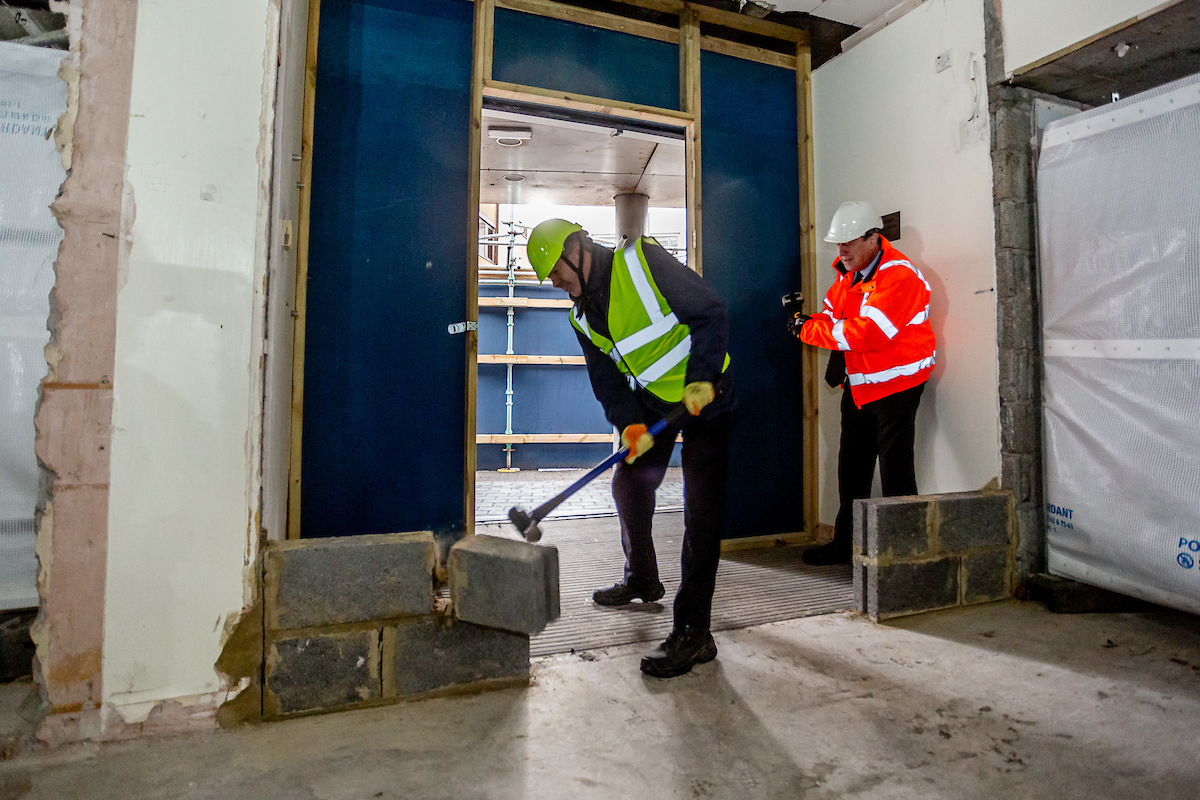 Pictured: Deputy Kevin Lewis appears to take a swing at the Chief Minister with a small lump hammer while he isn't looking.

Senator Lyndon Farnham, meanwhile, gave a press interview, saying that it was his intention not to remove a single block from Cyril Le Marquand House, in the sense that every block would be replaced by even more blocks at a later date.

This left the demolition team who were listening in dazed and confused.

Lastly, in a grand finale, Deputy Judy Martin swung in on a wrecking ball singing Miley Cyrus at the top of her voice to finish off the concrete obstacles in splendid fashion.

The ceremonial sledgehammer was then presented to the Chief Minister to help crack his post-turkey nuts on Christmas Day.

WARNING: May contain satire... and possibly not even that.