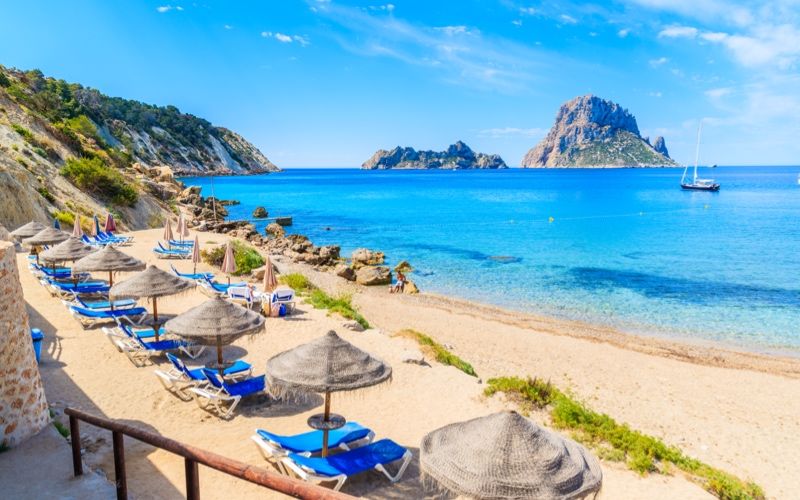 The Government is secretly devising a solution to nosediving productivity caused by islanders spending hours dreaming about their next holiday.

With Jersey on the cusp of allowing travel to resume after a year of staycationing, officials have conceded that the summer is likely to be a write-off, work-wise, as people eagerly shake off their cabin fever and travel to see whatever and whoever they can.

With this in mind, the Government has bowed to the inevitable by proposing that the entire population moves to Ibiza for all of August, with everyone in the Iberian island coming to Jersey.

This is in response to new data which reveals that islanders’ number one preoccupation at the moment - after sex, alcohol, who is the mysterious 'H' in Line of Duty, why sea shanties are suddenly popular, whether Bimini Bon Boulash was robbed of victory in Ru Paul's Drag Race UK, and what Piers Morgan will say next about Meghan - is travel.

Productivity in Jersey has plummeted as people spend important hours at work surfing the internet to wonder if it’s finally time to book a cheap flight to Greece, reserve theatre tickets in London and dream of stretching out with a mojito in hand on some Mediterranean beach...

… with a beer, and a book, and a freshly made burger from the all-you-can-eat buffet.

A Government spokesman said: “One of our civil servants was fiddling about with the Love Home Swap app the other day, when he should have been working on important tax matters, and discovered a new feature to exchange entire islands.

“Well, let’s be frank, we’re all itching to get off the Rock as soon as we can so he thought, let’s request to swap with Ibiza for a month. Well, they must feel equally cooped up because they obliged. 10 minutes later, for a £25 fee, the deal was done.

“We‘ll have to do a bit of cleaning and maintain essential services while we’re there but, for August, the whole of Ibiza is ours. Ibiza has pledged to look after Jersey and has agreed to mow our lawns, put out the bins, feed our pets and build a new hospital.

“Hopefully, this plan will help islanders shake off their cabin fever and mean that, come September, we can refocus on important issues facing the island, like the economy, healthcare, next year's election and who will feature in the next series of Real Housewives of Jersey.”