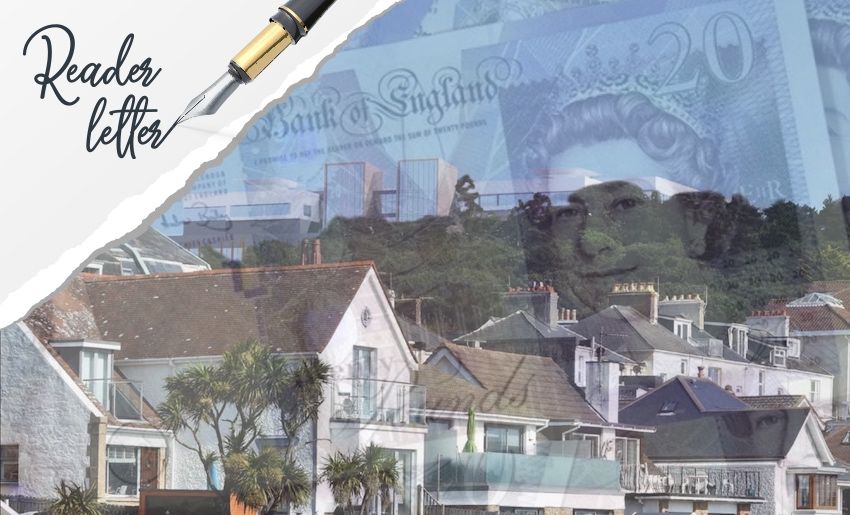 A local campaign group has laid down further questions to the Minister leading what is set to be the island's largest ever capital project.

Responding to Deputy Chief Minister Senator Lyndon Farnham's letter published in Express last week, the Interim Chair of the Friends of Our New Hospital had this to say...

Senator Farnham responded on 1 October to our letter to you of 29 September regarding the Our Hospital Project.

In his letter, Senator Farnham writes “At this critical stage we must adhere to the facts and resist any attempts to derail the project through assumption and the spreading of misinformation.”

It is clear that Senator Farnham is suggesting that the facts set out in our letter are incorrect.

Perhaps Senator Farnham would like to respond to these facts:

Pictured: "The question for Senator Farnham is this: how do you justify the £320 million difference between the cost estimates you have provided to the public and the States and P.80?"

Proposition P.80 'Our Hospital – Budget, Financing & Land Assembly' will be debated in the States this week.

The Proposition requests the approval of a budget for the Our Hospital Project of £804.5 million and borrowing of £756 million to pay for it. The question for Senator Farnham is this: how do you justify the £320 million difference between the cost estimates you have provided to the public and the States and P.80?

The Future Hospital Review Panel has lodged an amendment to P.80 which, if passed by the States, would limit the Our Hospital project budget to £550 million and borrowing to £400 million. The Friends of Our New Hospital have always supported the Island’s need for a new hospital. A hospital built at the right cost without overburdening future generations to pay for it.  We urge the States to approve the Future Hospital Review Panel’s amendment to P.80.

Express contacted the Minister to ask if he wished to respond, but had not received a reply at the time of publication.

READER LETTER: What is the justification for the extra £320m? (29 September, Friends of Our New Hospital)