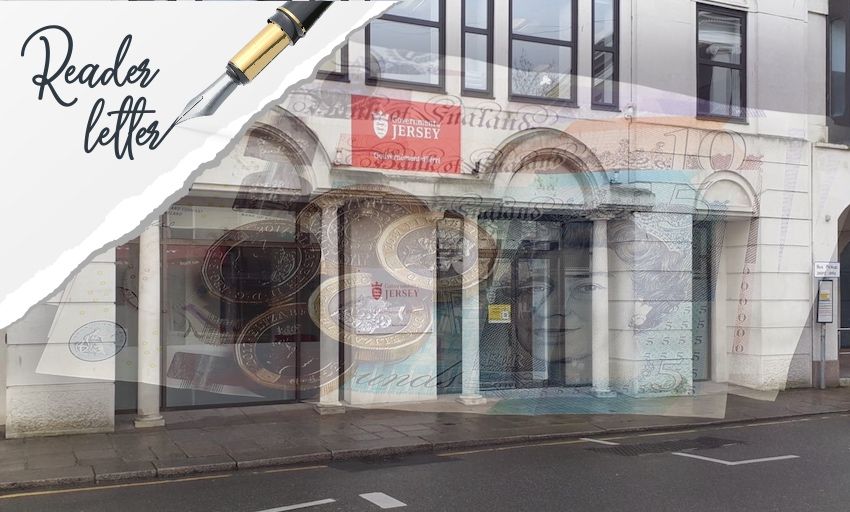 A reader is calling on taxpayers to resist the Treasury Minister’s request to borrow to pay off the Government’s £450m pension liability “with their upmost vigour”.

The Government's intention to settle its liability with a loan was revealed in the Treasury Minister's 'debt framework' published last week.

Yesterday, Express shared the response of local businessman Kevin Keen, who said the Government should have bitten the bullet and paid off the growing shortfall in its now-closed final salary pension scheme many years ago when the price would have been lower.

Responding to that piece, Steve Liron had this to say…

This is not essentially a Jersey taxpayer problem. My understanding of these scheme rules state there is no call on the taxpayer to fund any shortfall. Rather, if the actuarial financial condition of the pension scheme so deteriorates, member contributions and/or employer contributions may have to increase and/or members’ benefits may have to be reduced. Futures increases to pensions in payment may also have to be reduced or even cancelled.

Similar final salary schemes in the private sector closed to new members a generation ago because private sector employers knew they were unaffordable going forward and would cripple the future finances of even well-run businesses.

So how is it that our Treasury Minister is now looking to borrow funds to cover up this long-known embarrassment and hide it under cover of all the other borrowing we are now being told we need?

This isn’t kicking the can down the road, Kevin, this is more like passing a live grenade to the nice bloke living next door.

Whilst many taxpayers may also be members of civil servant final salary schemes, the majority of Jersey taxpayers are not and so should resist this request for additional borrowing on the part of the Treasury Minister with their upmost vigour.

Posted by Paul Troalic on Aug 18th, 2021
Yet another Bloomer by the Treasury Minister. How can she expect all taxpayers to sort out the debts of a few. It is not on.
Ima civil servant pensioner and I would not expect others to pay my debts. As the author states it should be resolved by adjusting either future contributions or future benefits.
This government goes from bad to worse.
To place a comment please login Login »