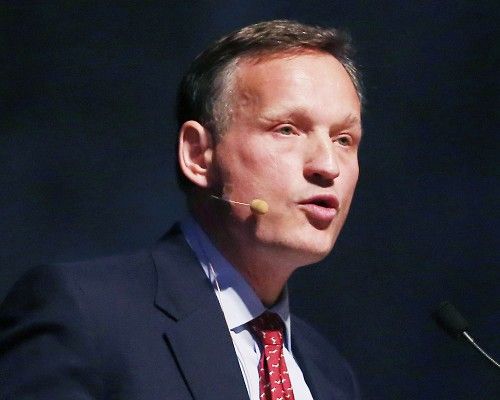 Shares worth £32 million were handed to a dozen executives of banking giant Barclays today in a move adding to the controversy over City pay.

The total figure, which emerged in a disclosure to the London Stock Exchange, is down on the £40 million shared by nine executives last year, although this included £18 million awarded to former investment banking chief Rich Ricci.

The shares include £3.8 million worth for chief executive Antony Jenkins in relation to deferred awards from bonus and incentive schemes in previous years.
Barclays stoked anger over pay last month when it announced a 10% hike in its bonus pool to £2.4 billion, despite a 32% drop in annual profits to £5.2 billion.

Mr Jenkins defended the increase in staff incentives, saying the group believes in "paying for performance and paying competitively". He also insisted the bank is "in a better position than we have been for many years" . The chief executive, who was paid £1.6 million in 2013 after waiving an annual bonus and receiving no long-term incentive shares, received 1.6 million shares from earlier years today, before nearly half were sold for tax purposes.

Other awards include shares worth nearly £9 million for Skip McGee, who is chief executive for Barclays in the Americas, and £8.6 million for the joint head of corporate and investment banking, Eric Bommensath. Unlike the other executives, Mr Jenkins and finance director Tushar Morzaria are not yet entitled to receive role-based shares allowances, which have been introduced to allow banks to get around a new EU bonus cap.

Mr Jenkins is due to be paid £950,000 over 2014 in quarterly instalments but this still requires the approval of shareholders at the company's AGM.

The new EU rules came into force on January 1, limiting annual payouts for 2014 onwards to 100% of annual salary, or a maximum of 200% with shareholder approval. Barclays will ask shareholders to back payments up to 200% of salary, while its new role-based pay awards mean staff can still pick up bumper handouts.

David Hillman, spokesman for the Robin Hood Tax campaign, said: "It turns the stomach that, in a year when profits plunged and scandals raged, Barclays' top brass are receiving lottery-sized handouts regardless. This blows Barclays' claim to be a reformed institution out of the water. It's a reminder we live in two-tier Britain where bankers pocket huge rewards come rain or shine and the rest of us pay to clear up their mess."