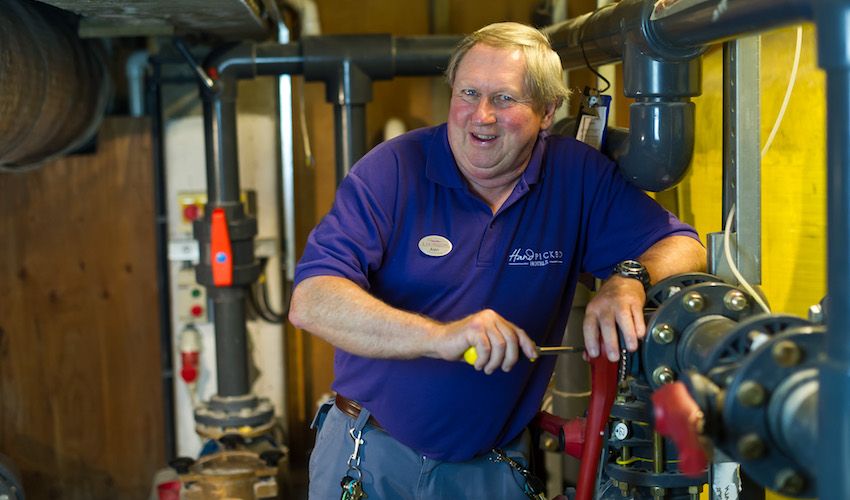 Having maintained a local hotel for 45 years, Alan Ronxin has witnessed several major changes in the island’s hospitality industry.

Starting at the AA Four Red Star hotel in St. Brelade back in 1974, before it became the L’Horizon Hotel and Spa, Alan remembers a time when hotel guests stuck to a black tie dress code and dined to the soundtrack of a four-piece band.

Much has changed since then, but now Alan has a few ideas about what else Jersey could do with improving…

1. Get cycle paths into gear

We lack a lot of cycle paths on the main routes in Jersey which means a lot of the cyclists are using main roads which is getting more and more dangerous. It would be great to introduce more cycle paths so that cyclists are safer and it would also help drivers.

Pictured: As a keen cyclist, Alan thinks more could be done to make Jersey's roads safer for those on two wheels.

Cycling is one of my favourite hobbies and I get out and about as much as I can but when you have to go on the roads it doesn’t make it as enjoyable as cars get frustrated and you also feel unsafe. Jersey could cater better for the cyclists.

There are a lot of older, retired people on the island who struggle day to day. Some who have been in Jersey all their life and others who weren’t necessarily born here but they have been here for a significant amount of time.

Pictured: "There are a lot of older, retired people on the island who struggle day to day."

A lot of the retired people have spent their whole life working in Jersey, contributing and building it up to be the island it is now, but some struggle with housing. It would be good to help them generally and look after the elderly of the island more.

I feel it is important to help the younger generation in Jersey as the cost of living is so high it’s becoming impossible for them to live over here. Properties are so expensive to buy that the younger generation are having to pay a fortune in rent and therefore struggling to save to get on the property ladder.

Pictured: In the face of rising house prices and the cost of living, Alan says there should be more support for young people.

We are losing local people as they just can’t afford to live over here; and new people are put off coming to the island because of this too. To bring up a family in Jersey is very, very difficult so people are choosing to establish careers elsewhere.

4. Be more hospitable to hospitality

I feel the hospitality industry doesn’t get as much exposure as it used to and it is not seen as a viable career anymore. The younger generation are not educated about the rewards of hospitality and the different careers and progression that the industry offers. It is very rewarding to work in hospitality; you’re making people happy and interacting with the general public on a daily basis. In a hotel you’re making a guests’ stay memorable from the moment they walk through the door.

Pictured: Alan's worked in the hospitality industry for 45 years (L'Horizon Hotel and Spa).

Being in maintenance I am behind the scenes but completing work on the hotel and maintaining it well means we’re keeping up with, and hopefully exceeding guests’ expectations. I think that there should be more incentives for people to work in hospitality, not necessarily monetary ones but something to incentivise people.

We need to sustain the level that the industry is at as a minimum; but ideally we should be looking to grow it. It’s very important for the island and for tourism so I think it should be a key focus.

5. Give children with disabilities a sporting chance!

I am a volunteer for the Jersey Sports Disabled Association whereby we coach disabled children in sports. Parents are so busy nowadays that they don’t have much time to help which is where the volunteers come in.

There needs to be more help and funding so we can continue to encourage and coach children with disabilities. Just because children have a disability it doesn’t mean they should miss out on learning a sport they could be fantastic at. I would like to see more salaried officers for the charity who can really make a difference.

Jo Dentskevich: Five Things I would love to do, or see happen, in Jersey