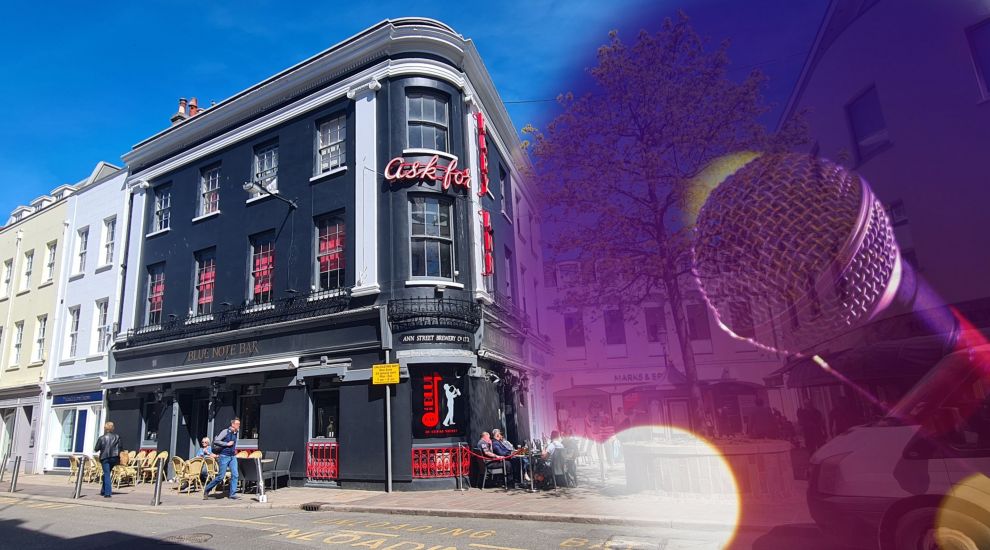 Local musicians and poets will be taking to the stage of the Blue Note Bar tonight.

Music and poetry at the Blue Note

Between 19:00 and 22:30, six local creatives will be taking to the stage alternating between nice tunes and clever words.

The lineup includes Winterfalle, aka Jerseyman Sam Falle, whose dark folk music has been played on Radio One, 6Music and BBC Music Introducing; Alex & Her and its smoothing dreamscape of gentle notes and solitude as well as Phoebe Over, described as a “leading light of Jersey's singer songwriter scene with tons of soul” who released her debut single 'Rehab' last August.

The evening will also mark Nicholas Hilder’s first performance in the island, ahead of the release of his debut solo record ‘how to write a love letter part 1’ later this year.

In between the musical performances, wordsmiths Martha MacDonald and John Henry Falle will share their tongue-in-cheek poetry and multi-award nominated character, The Story Beast, respectively.

How to make a puffin

To highlight the plight of puffins, the National Trust Jersey organised ‘The Arrival of the Puffins’ last week. The event included the unveiling of a willow sculpture portraying ‘Mr and Mrs Puffin’ at Plemont.

The charity has now shared a series of behind the scenes photos of the process which involved Michelle Cain, Alcindo Pinto, Artisan Iron and Joe Evans, with the help of Geomarine Gsy Ltd.

The charity also announced the winners of the Poem for the Puffins competition.

The winning poem, ‘The Puffin’, was written by Poppy Kirk and pays homage to the beauty of the “creatures of waves and rock”.

The runner-up poem ‘The Puffins Return’ was written by Kitty Romer.

The charity said the space, tucked behind the Royal Square, will offer the island a new area to enjoy visual arts, dance, music, drama, film and poetry.

It opened with an exhibition of Jason Butler’s latest collection of paintings, 'One on One'. As well as seeing the collection of works, people can choose to spend time 'one-on-one' with one canvas by booking slots on ArtHouse Jersey’s website.

Officially opening Capital House and the exhibition on Wednesday, Assistant Minister with responsibility for the Arts, Deputy Kirsten Morel, said: "This is an important development. I am a firm believer that the arts can help ensure Jersey's continued prosperity, while enhancing social cohesion and sustainable wellbeing for all Islanders while reinforcing Jersey’s image and influence in Europe and the wider world." 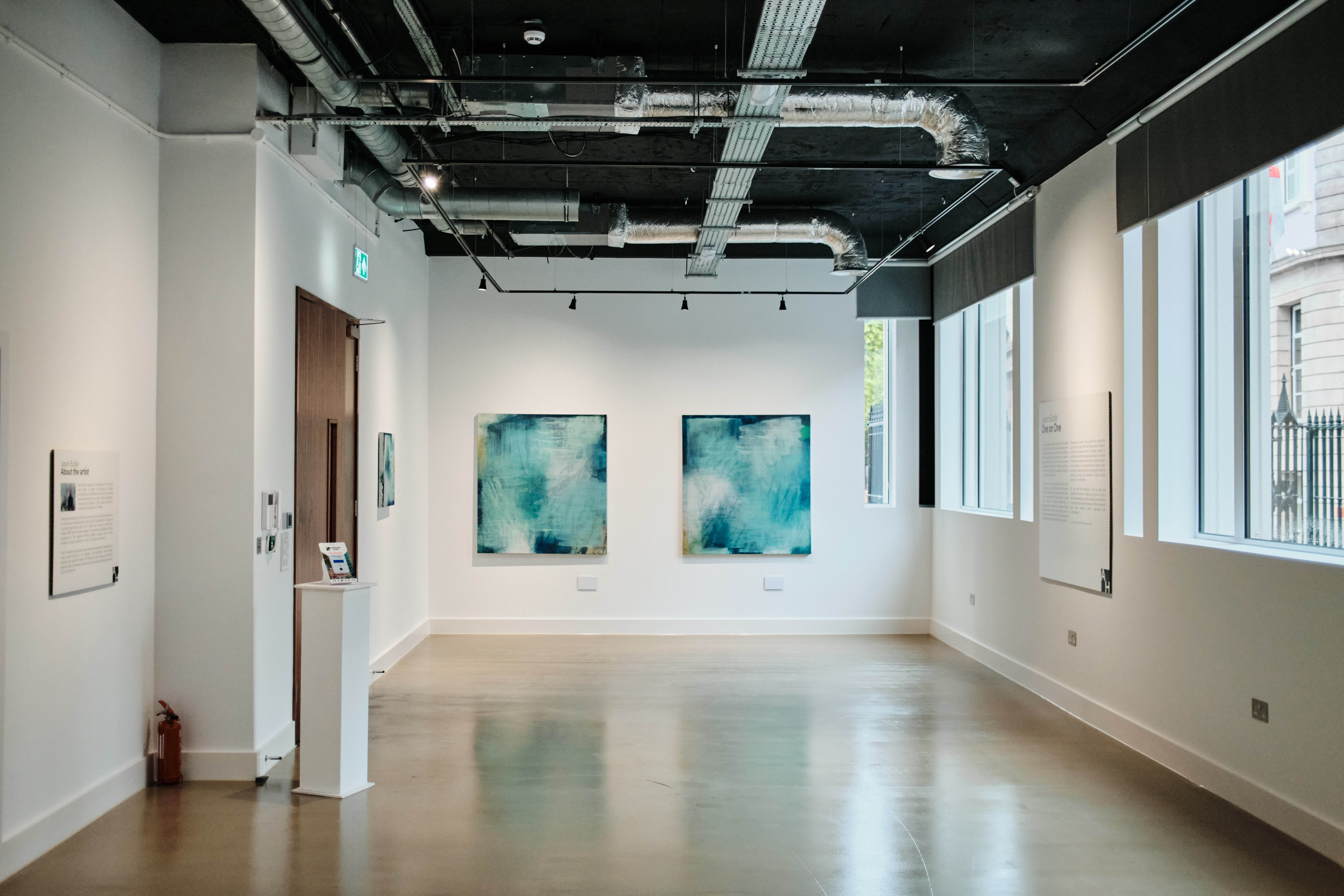 Pictured: 'One on One' runs until 2 May. (Max Burnett)

He added: "It is particularly pleasing that Capital House is launching hot on the heels of the new arts strategy. The strategy is an important document and tool that will, I hope, help the Island to fully recognise the value of the arts and ensure that arts and culture will be incorporated into strategic planning across government in a way that hasn’t been possible before."

Turning to the latest exhibition, he added: "As one of the Island's most celebrated artists who has such a long standing relationship with ArtHouse Jersey, his show is the perfect debut for this new space. I am sure that it will be a huge success and enjoyed by a great number of islanders."

‘One on one’ is a walk-in exhibition and will run until 2 May.

This Easter, Durrell Wildlife Conservation Trust is inviting islanders to immerse themselves in the world of bugs with a pop-up insect exhibit.

Open until Sunday 24 April, 'A Bug's World' features a variety of unique and fascinating creatures, some of which visitors might be able to meet in the flesh.

Local photographer Danny Richardson, who has been “fascinated by the world of bugs” since he was a little boy,has provided some of his shots of mosquitoes, Asian Hornets, dung beetles and others for the exhibition.

More of his photos can be seen on the site he dedicated to his love for  “the weird and wonderful world of these little critters”.

“Some of the images are single shots taken using a traditional macro lens whilst others (mainly the bug 'portraits') are compilations of over 100 images taken using a microscopic lens which are then compressed into single images,” Danny explained. “It's a laborious but incredibly addictive process which produces results I never thought would be possible.”

Ahead of the election on 22 June, Vote.Je has launched the '9 Wanders of Jersey' tour, a free, family-friendly walking quiz to help islanders learn more about thier electoral constituency.

Each of the nine new electoral constituencies is linked to a series of quiz questions ranging from easy to difficult, which islanders will be able to answer either via the ‘Goosechase’ app using the code on Vote.je, or via a PDF of the quiz which is also available from Vote.je.

Islanders have nine weeks to complete the nine walks from between 11 April to 12 June, either individually or as a team, with a number of prizes, including vouchers for local retailers and restaurants, and tickets to one of the monthly Royal Court and States Chamber tours, guided by a Blue-Badge guide.

Those wishing to get involved are being encourage to share their photos using the hashtags #9wanders #9wandersofjersey #9wandersjsy.

The legacy of a Jèrriais poet

Jersey Heritage shared a post highlighting the poet’s legacy and what he accomplished in his short life, having died at the age of just 37 in 1877.

“He was among the earliest lexicographers of Jèrriais, starting to compile a manuscript dictionary, which was later used as the basis for the first Jèrriais dictionary,” the charity shared in a Facebook post.

“For eight years, he published an annual anthology of vernacular writing and was also active in the community in other ways - Secretary of the Royal Jersey Agricultural & Horticultural Society  Connétable of St Peter, Jurat and founding Secretary of the Société Jersiaise. Among his publications in English was "Mont Orgueil Castle: Its History and Ruins".

With summer approaching, St. Helier’s popular town walks, in collaboration with the Jersey Tourist Guide Association, are making their return.

Initiated by the Parish in 2019 and halted in 2020 due to the pandemic, the walks returned last year and proved just as popular with locals and tourists alike.

This year’s first walk will take place on Thursday 21 April with ‘Welcome to St. Helier’.

Each week until the end of October, a different guide will take walkers around the town to explore a different aspect of St. Helier. All walks will leave the Town Hall at 10:30, tickets can either be booked in advance on eventbrite.com or on the day.

“I’m delighted that this Parish initiative is being repeated this year,” the Constable, Simon Crowcroft, said.

“There is so much fascinating history to discover about our town, and I’m grateful to the Blue Badge Guides for giving up their time and sharing their expertise with locals and visitors alike. Time permitting, I hope to take part in some of the walks myself.”

Bathtime on the road 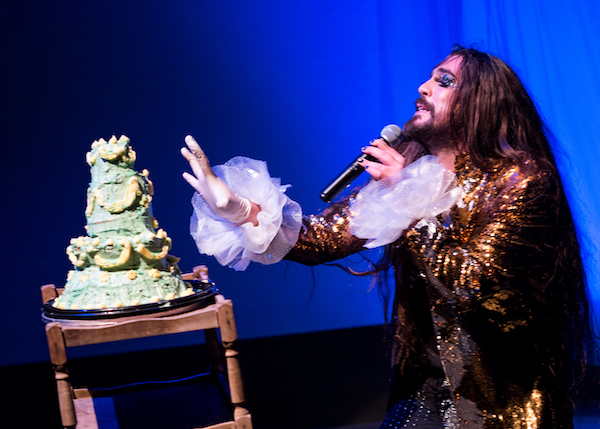 Fresh of “flitting around a 6,000-year-old passage grave in an outfit made of seven wedding dresses”, Dr Adam Perchard is gearing up for a series of very public baths on the road.

Two years ago, the multidisciplinary writer, performer and scholar started learning new songs and recording them in his childhood bathroom in an attempt to keep his “performances muscles” going as the pandemic put all his projects on pause.

What started as an attempt to expand his repertoire - under the name ‘Bathtime for Britain’ inspired by the talent competitions he used to run in his bathroom at parties - soon turned into something much bigger.

“It started simple and ended up being those elaborate weird performance pieces, I loved it!” Adam said.

“Each one was a little show of its own, with different scenarios. It wasn’t a large bathroom, so I had to take awkward poses to try filming from different angles.” 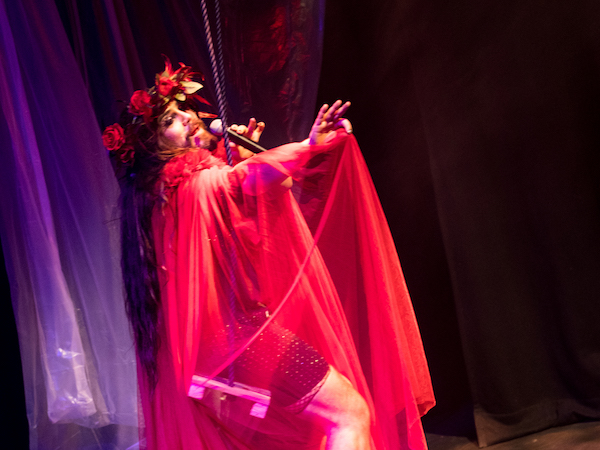 As well as catching the attention of online viewers, Adam’s videos – particularly one featuring his parents and regal costumes made out of bubble wrap which he created for The Glory TV, an online show curated by Jonny Woo - were also noticed by Daniel Austin, the Director of Jersey Arts Centre.

After a commission of 10 special videos in 10 days, Adam took the “most public bath of his life” in front of a sold-out audience at Jersey Arts Centre in May 2021, an experience he repeated with the same success in September.

The performer extraordinaire is now gearing up for a national tour in the UK.

Sharing his “big announcement” on Facebook, Adam wrote: “It just goes to show, gals - with just some sticky-back plastic, two wire hangers, some bubble wrap, and the support of a large team of unbelievably dedicated, talented  professionals, dreams CAN COME TRUE!

Posted by Scott Mills on Apr 17th, 2022
Shame the blue note only holds about 30 people including the band!!! if we could still smoke inside pubs, you'd never see the band. I know, been there when it was like that.
To place a comment please login Login »