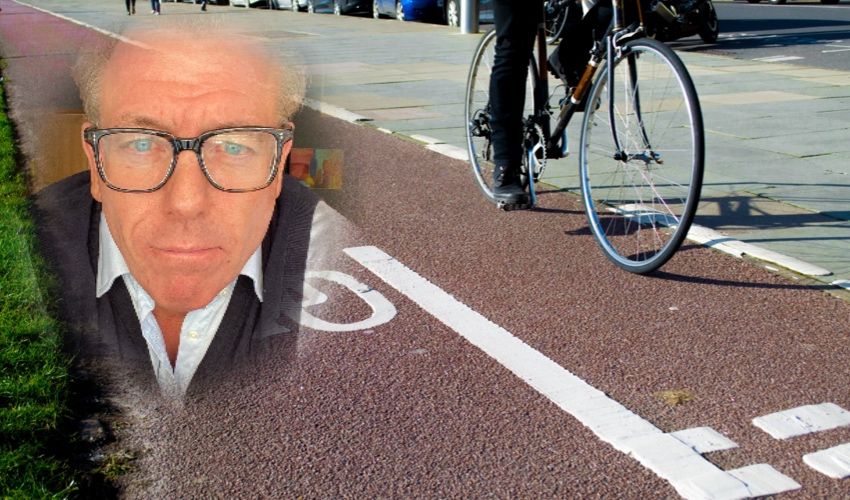 A Jersey-born cyclist who used to own a road-race team believes the Government is looking in the wrong place to encourage more people to use two wheels.

As Express reported yesterday, it is looking to recruit a Cycling Officer, with a salary of up to just under £70,000.

Applicants need to be a qualified engineer or transport planner, in order to plan and then deliver new infrastructure.

However, Steve Coxshall, who used to own and run the HJL team, which had former professional and world tour rider Malcolm Elliot as its patron, believes that Jersey is getting it wrong – and far more needs to be done to encourage more people to cycle.

“I saw the story on Express and I immediately thought ‘they’re looking in the wrong direction if they want to create greener and safer roads’,” he said.

“For starters, with no five years’ residency required, the Government seem to want someone from outside of the island, but – on the contrary – you need someone who understands the local issues. 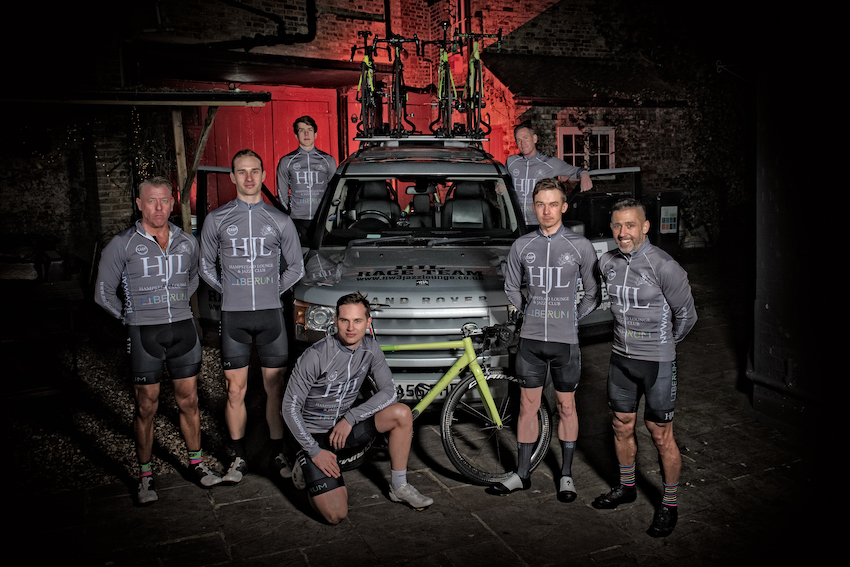 “Yes, infrastructure is important but it is not just about creating segregated lanes or putting up bollards. In fact, when you’re mixing serious cyclists with families, with the elderly, with e-bikes, and pedestrians, it can be just as dangerous.”

He added: “You don’t need to be an engineer or have a technical background to get more people cycling; it is all about establishing harmony among all road users, including car drivers.

“It is about promoting a culture of sharing but also regulating where problems exist: such as the use of e-bikes and scooters, some of which can reach speeds of 70 mph. Should these be sharing lanes with normal bikes? I think there needs to be regulation of some e-bikes.”

Mr Coxshall, who now lives in London, said he “couldn’t get his head around” the Government’s decision.

“The biggest challenge is converting car drivers on to bikes," he said. "Yes, infrastructure is important but it is as much about showers, safe places to keep bikes and charging points as it is about lanes and bollards.

“It is also an education issue, both for would-be cyclists as well as car drivers. It is a two-way conversation to build understanding and respect, so cyclists understand that it’s not ok to run red lights or cycle on the pavement, and car drivers know not to cut up cyclists or not give them enough room, or text behind the wheel.

"In particular, more women need to be encouraged to get on a bike to and from work - they need to feel safer on the roads.

“But this Government job, for an engineer, doesn’t address any of that."

It was a texting driver who hit Mr Coxshall four years ago, leaving him fighting for his life in hospital. It is this near-death experience that has inspired him to campaign for safer roads for everyone. 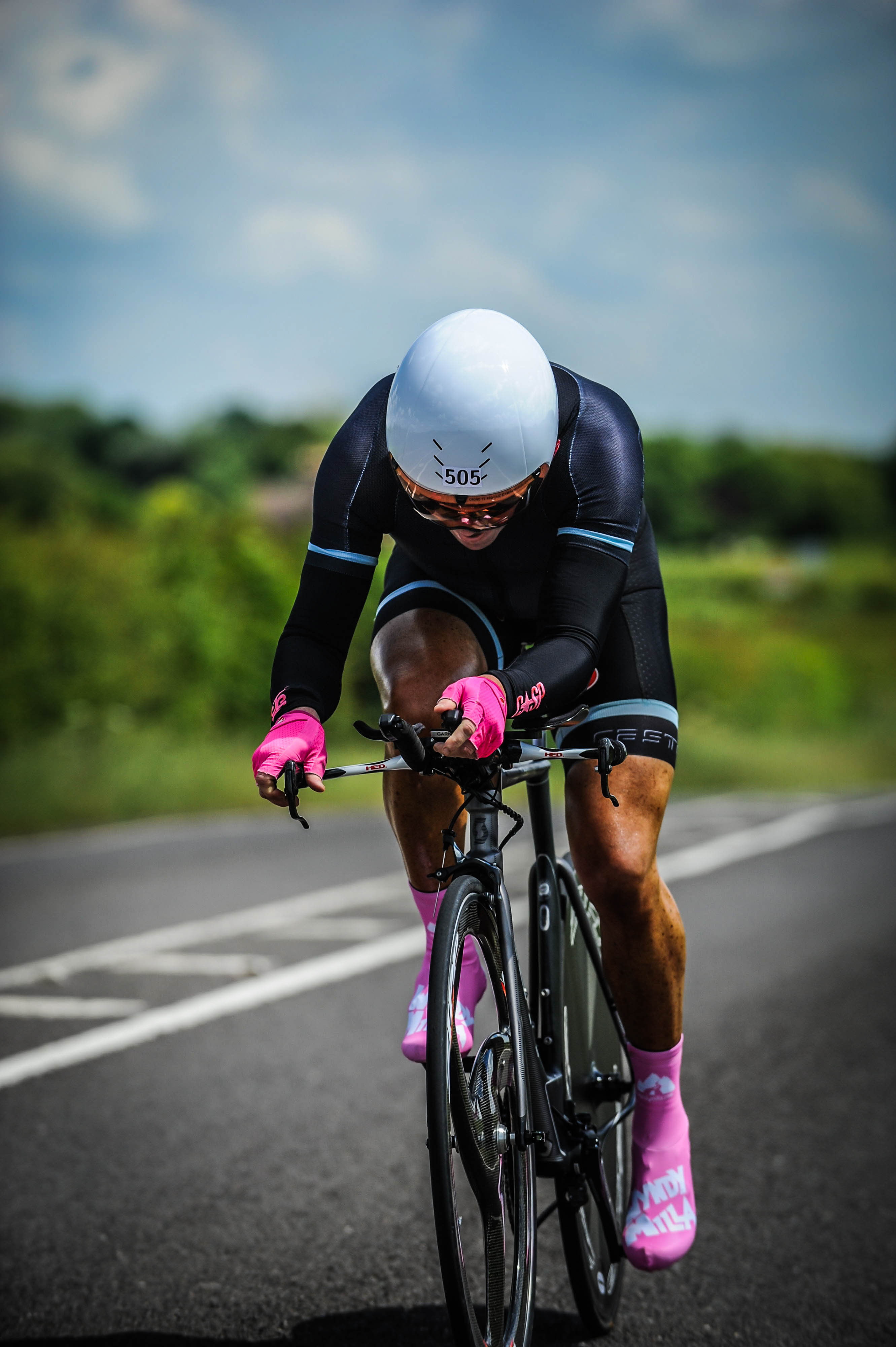 Pictured: Steve Coxshall, on his road bike, said he could not understand why Jersey's new Cycling Officer needed an engineering background.

His vision is to see the Government sponsor a scheme, which would run in businesses and schools, to train ‘cycling angels’ or advocates in each workplace, who would, in turn, run courses and refreshers to teach people about road safety.

“It is only by finding harmony will you end the adversarial nature that often exists on the road,” he said, adding that he would love to apply for the Cycling Officer role, and may well do, despite not having the required engineering or transport qualifications.

"I would do it for half the money and give the rest to charity," he said.

Explaining why the Cycling Officer needed the set qualifications, a Government spokesperson said: “The job requires a qualified engineer / transport planner because the successful applicant will be required to plan and deliver new infrastructure, or adapt existing infrastructure, to better support active travel modes – to help meet the requirements of the Carbon Neutral Strategy and Sustainable Transport Policy.

“It was engineers with a similar set of skills who planned, designed and commissioned the St. Peter’s Valley Path, the cycle bridge across French Harbour and the new Pont Marquet crossing.

Posted by Theresa Brindle on May 13th, 2022
He or she doesn't need to be a transport engineer......... Doesn't need to be paid nearly 70k p. a. either.
Posted by EmelitaRobbins47 on May 13th, 2022
The Carbon Neutral Roadmap approved by the Government recently and the Sustainable Transport section of the gov.je website sets out a lot of information on many of these points, but Government isn’t in a position to mandate some of these suggestions such as all businesses to have showers for staff who cycle etc, so the above piece is mixing what the private and public sector can actually achieve. And frankly if it was that easy to get people in Jersey to stop using their cars the problem would not still be here to solve.
Posted by Martin on May 13th, 2022
Let us re-invent BOTH wheels & employ a local FOR A CHANGE!
Posted by Scott Mills on May 14th, 2022
bikes are over rated
Posted by Keith Marsh on May 14th, 2022
I agree with Steve Coxshall, there is a real need for this position to be filled by a local person.
Also all road users, should be registered and insured as a matter of course.
Lets move FORWARD ..... at a cheaper price, no need for £ 70k salary !
Posted by Paul Acton-Phillips on May 14th, 2022
What complete nonsense. ‘More of you should use your bikes’. There, job done, and it did not waste £70,000 per year!
Posted by Philip Hudson on May 23rd, 2022
And who will pay the £70 k
The taxpayer
Demonstrates the contempt around for the jersey taxpayer...
To place a comment please login Login »

Calls for bicycle parking and changing rooms in multi-storeys