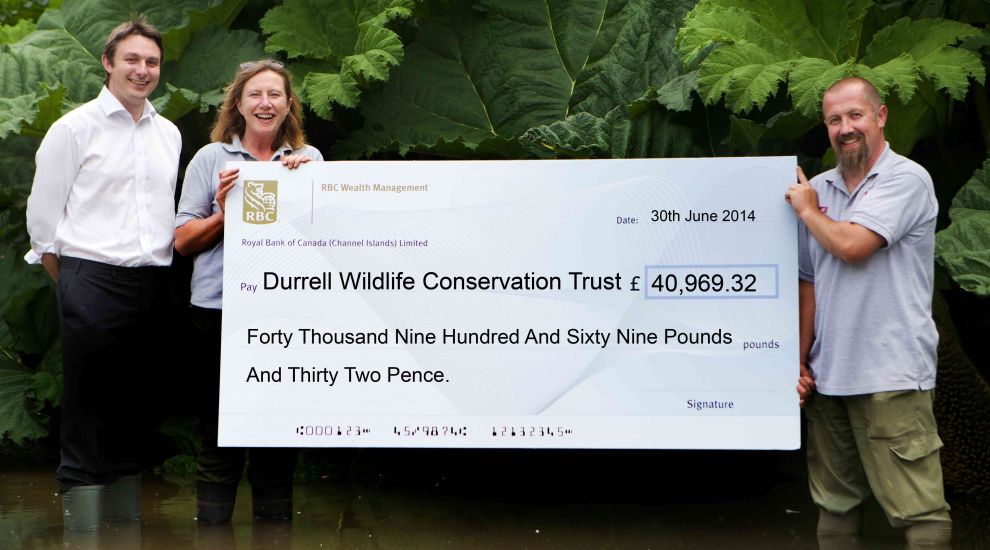 Durrell is world famous for its work to save endangered species, but it's now tapping in to water conservation too.

The Durrell Wildlife Conservation Trust has been given a grant of more than £40,000 from the Royal Bank of Canada’s Blue Water Project, and plans to use it to cut down on the amount of water used at the zoo.

The Trust will start collecting rainwater and using it to flush the toilets, and they will be fitting meters to monitor how much rainwater and borehole water is used around the park. They will also be encouraging visitors not to waste water and will be promoting ways to save it.

Durrell’s Chief Executive Officer Oliver Johnson said: “Education is a critical element in all that we do here at Durrell. We are immensely grateful to RBC for this generous grant that will allow us to, not only make substantive changes to our water management systems, but also to pass on that knowledge to our visitors and also children through the Schools Education Programme.”

RBC has pledged almost £66 million in the last seven years to more than 500 charities around the world and nearly £11 million to universities water programmes. It’s part of their 10-year global commitment to help give the bank’s local communities drinkable, swimmable, fishable water now and for future generations.

RBC Wealth Management – International’s CEO Stuart Rutledge said: “The RBC Blue Water Project Leadership Grants are a key element of our global commitment to the preservation and provision of clean fresh water in the communities in which we operate, including here in Jersey. Durrell’s application showed considerable ambition to make real changes to their management of water at the wildlife park, and also to share that knowledge with others.”