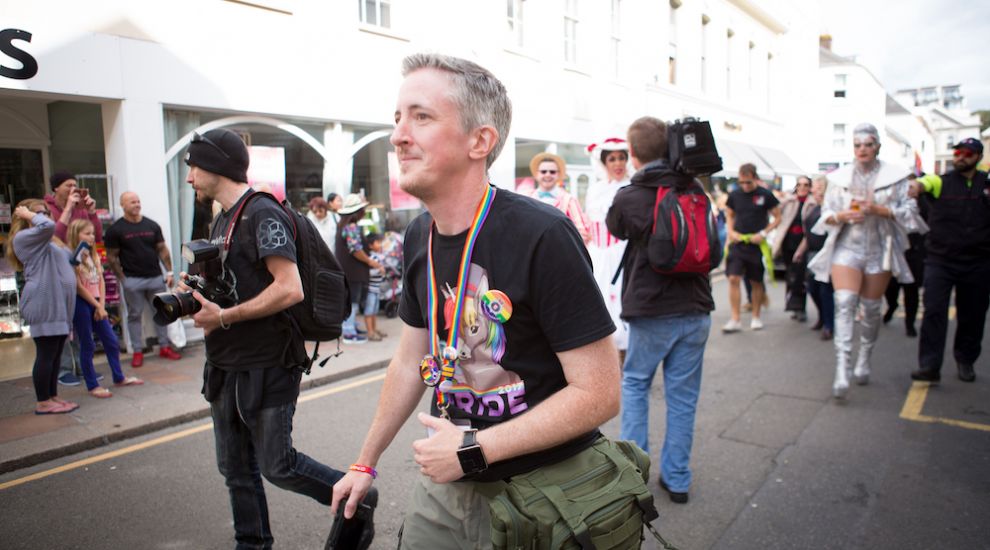 A tireless campaigner for equality, diversity and inclusion in Jersey has described being named a Member of the Order of the British Empire as "the icing on a rainbow-coloured cake!”

Vic Tanner Davy, who is one of seven islanders to have been named in the Queen's Birthday Honours list, has dedicated his spare time to the charity Liberate since 2014.

Vic Tanner Davy has dedicated his spare time to the local equality, diversity and inclusion charity, Liberate, since 2014.

“When I was tapped on the shoulder at the march for equal marriage in June 2014 and asked by Martin Gavet, who founded Liberate in Guernsey, whether I would start up Liberate in Jersey, I had no idea what a journey I was about to go on. I have met some inspiring, diverse and colourful islanders on that journey.

“I am incredibly proud of what the charity has achieved in terms of our work with Government on same sex marriage law, discrimination legislation, the pathway to healthcare for transgender and non-binary islanders, leading the ‘Access the Island’ part of the disability strategy, being part of awareness campaigns, consultations and scrutiny including, most recently, presenting the case for better accessibility in the new hospital plans.”

As honorary CEO, Mr Davy has delivered hundreds of training sessions and public speaking engagements on its behalf, educating and engaging with people on the subject of equality, diversity and inclusion.

Most recently, he has been involved in setting up a 'mystery shopping' scheme to test accessibility at organisations aiming to become Accès-accredited by Liberate, which has involved partnering with Jersey Cheshire Home.

Summing up his role, Mr Tanner-Davy told Express: “In a nutshell, my role and responsibility is to be the voice in the room that reminds people that not everyone in Jersey has the privilege of being accepted for who they are wherever they go.

"Mostly that reminder has been welcome, but for some people it feels uncomfortable or too difficult, which is where Liberate’s work begins in educating, exploring and discussing difference.

“Over the last eight years, we have done that as a charity and conversations in workplaces, schools and homes that were not being had when we started are now much more common." 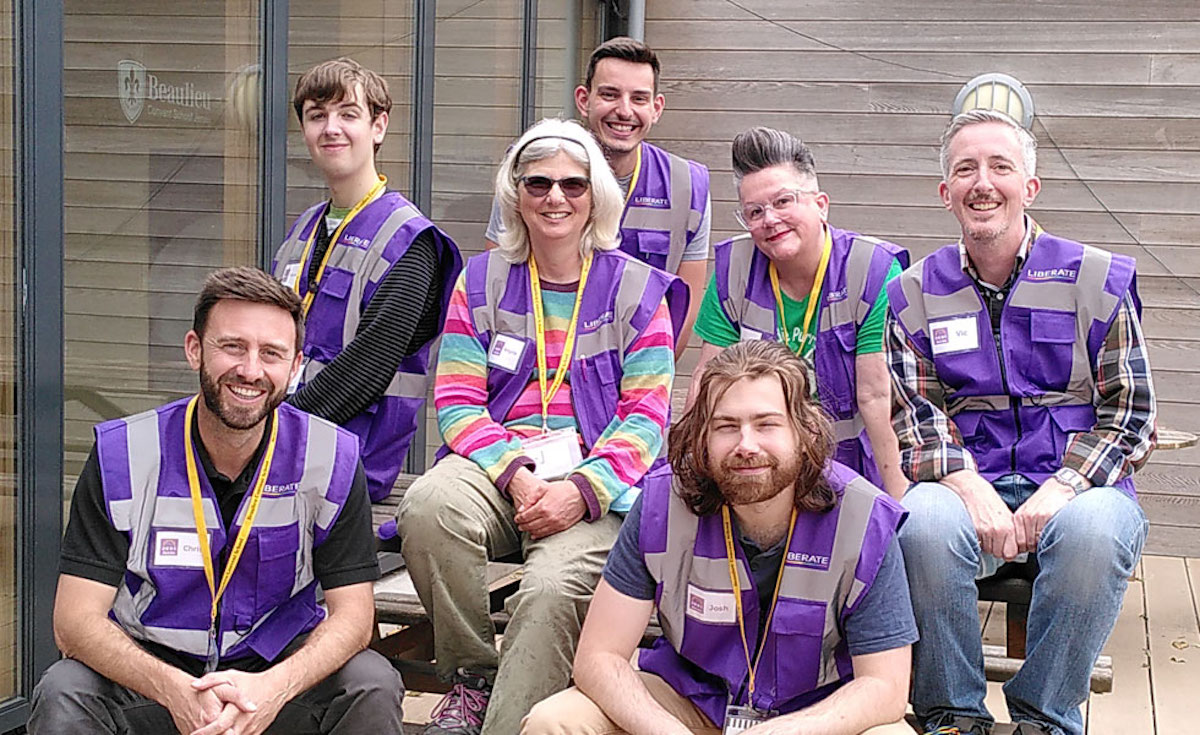 Pictured: Mr Tanner-Davy (top, furthest right) and some of the mystery shopping team.

Reflecting on his MBE, he added: "For me, the honour also recognises that Jersey is on a path towards being an island that embraces all its citizens.

“Receiving an honour from the Queen for work that I am already honoured to do is the icing on a rainbow-coloured cake!”

Pictured top: Mr Davy at one of Jersey's Pride marches.