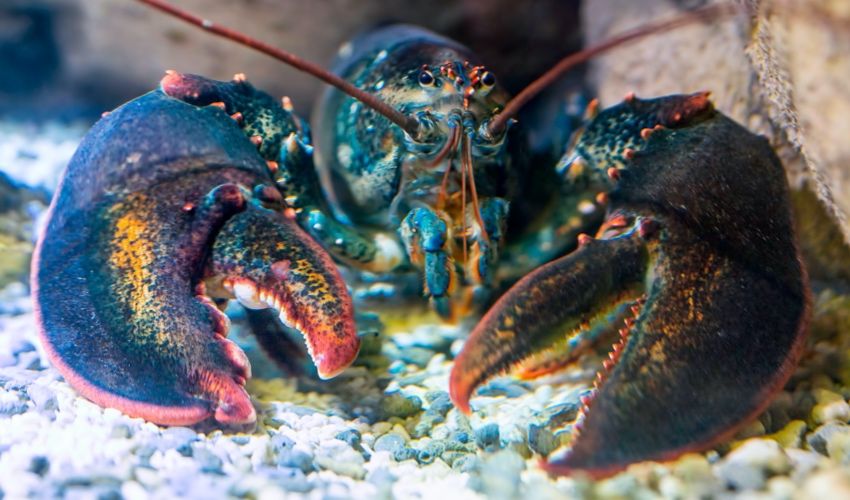 On the face of it, the annual summit between the Channel Islands and Normandy is all about promoting cultural links and historical ties - but one issue is likely to dominate discussions: la pêche.

Just four months ago, a flotilla of Norman and Breton boats sailed at dawn into St. Helier to protest at the island's post-Brexit management of its territorial waters.

The very people who will arrive in Jersey today promoting collaboration and fraternity were expressing their “incomprehension and discontent” at the new permit system in May and closing their representative office.

Although held every autumn (bar last year) since 2015, the timing of today’s summit could not come at a more important time – with less than a week before Jersey’s twice-extended amnesty comes to an end.

The extension has allowed French boats who held a licence under the old Bay of Granville Agreement to continue to fish in Jersey’s waters until 30 September, giving more time to the EU to hand over information about past fishing activity, in accordance with the terms of the Trade and Cooperation Agreement reached by the EU and UK at the end of last year. 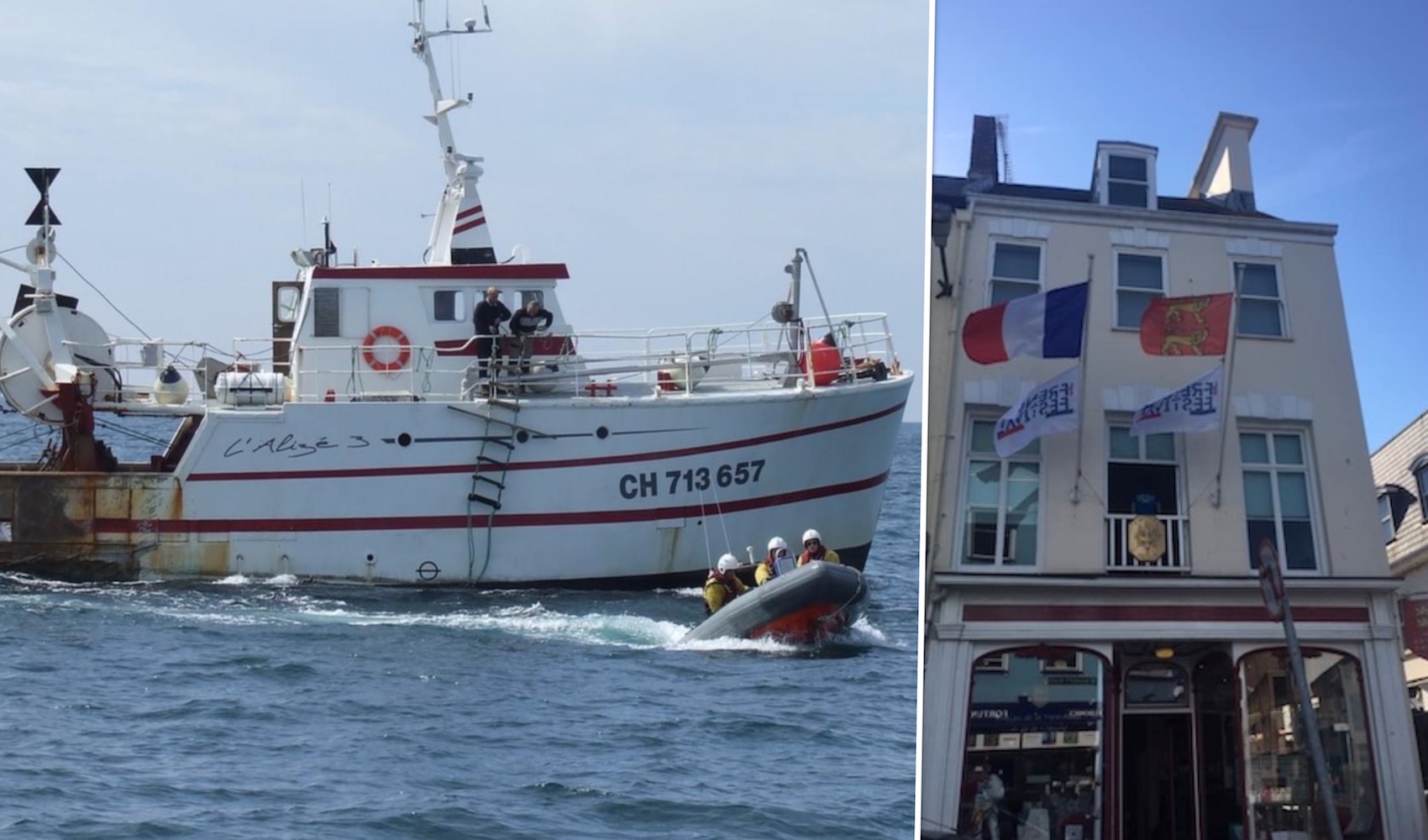 Pictured: The Maison de la Normandie on the corner of Halkett Place and Burrard Street became a political pawn earlier this year during the fishing dispute.

It was Hervé Morin who decided, along fellow regional representatives Marc Lefèvre and Jean-Marc Julienne, to close the Maison de Normandie et de la Manche in Halkett Place in May as a way of demonstrating their “incomprehension and discontent” at the number of licences that Jersey had issued to French boats.

However, the office was reopened in July when Jean Morin – Mr Lefèvre’s successor as President of La Manche – joined his unrelated namesake and Mr Julienne in heralding an “easing of tensions” after Jersey extended its amnesty until the end of this month.

He said that, in return, the trio also wanted to make a “positive gesture to initiate the process of restoring a relationship of trust with our Jersey neighbours” and were therefore “pleased” to announce the reopening of the office, which is also used by the French Consul.

However, the trio noted: “We do not forget that the situation is still not resolved permanently for our fishermen.”

It is hoped that a resolution will be found by next week, and possibly today, as it seems that no side wants to extend the amnesty further.

The issue has been around the quality and quantity of information evidencing the “nature and extent” of past fishing activity set out in the trade deal.

However, some politicians in Paris, including Fisheries Minister Annick Girardin, have always maintained that they will only accept the same number of licences that were issued under the now-superseded Bay of Granville Agreement.

The trouble is, not only is it widely accepted that a high number of licences were never used but also the total number of licences under the old system is actually more than the 175 submitted by the European Commission to the UK for access to Jersey’s waters on 1 June this year.

Pictured: Norman fishermen and politicians held a protest on the beach near Pirou, where one of the electricity cables between Jersey and France lands, last weekend.

Today, it was reported in the French media that M Girardin has requested that 169 boats on the 175-boat list given in June are given licences.

There is some optimism from Ministers in Jersey that there can be a satisfactory outcome today or next week. It is understood that there has been a late surge in data in the last week or so, giving authorities in Jersey the proof they need to grant licences to some smaller boats below 12m.

The issue of larger boats has already been settled as they have a tracking beacon which easily proves where and when they’ve fished. 46 licences have already been granted by Jersey for them.

Ministers in Jersey will be hoping that enough licences will be issued to satisfy their Norman neighbours, especially as everyone sits around the same table.

Officially, although neighbours, the Channel Islands and Normandy cannot settle fishing matters today – it has to be negotiated by the UK and EU.

However, whether the powers-that-be in the corridors of Brussels and Whitehall have let realpolitik trump process to allow Jersey and Normandy to get over the line with the last remaining licence applications remains to be seen.

Significant obstacles include the Bretons, who are not part of today’s discussions, and Paris, who may not want to see Normandy and Jersey find a solution, even if they are the ones most affected by the tensions.

Jersey’s territorial waters, for instance, have never been used much by smaller Breton boats – they are too far to reach for a day-boat, and they have better fishing grounds closer to home.

But it is not yet known how hard they are prepared to fight for licences that they rarely used, and how prepared Paris is to support them. 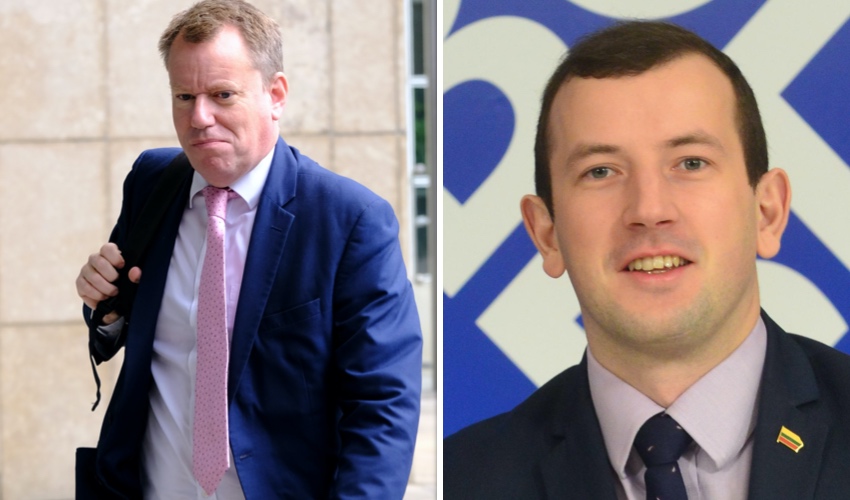 Pictured: Whatever Jersey and Normandy agree on when it comes to fishing will ultimately need the backing of the UK's EU Relations head Lord Frost and EU Commissioner for Fisheries Virginijus Sinkevičius.

Comments in the French press this week suggest a bellicose stance.

France Ouest quoted sources close to Mme Girardin this week as saying: “We have licences that were issued for the most part on a temporary basis until 30 September, and we want to turn them into permanent licences.

“If, by the end of September, this proposal is met with a refusal, we will ask the European Union to activate retaliatory measures on tariffs or on financial markets, like banking measures from which Jersey benefits. Our response will be proportionate to their offer.”

Meanwhile, in the lead-up to the summit, Jersey’s politicians are playing down the fishing issue and promoting other areas of discussion, such as the impact of covid and wider Brexit matters.

Chief Minister John Le Fondré, said: “France and Jersey have been through unprecedented times over the past couple of years, and it has become even more important for us to work together to face common challenges. I am looking forward to our annual summit, which will give us all a chance to share our experience, strength and vision for the future.”

He will surely be hoping that that includes a shared vision on the issuing of fishing licences, but whether that is enough to satisfy all parties is a question that no one can yet answer.