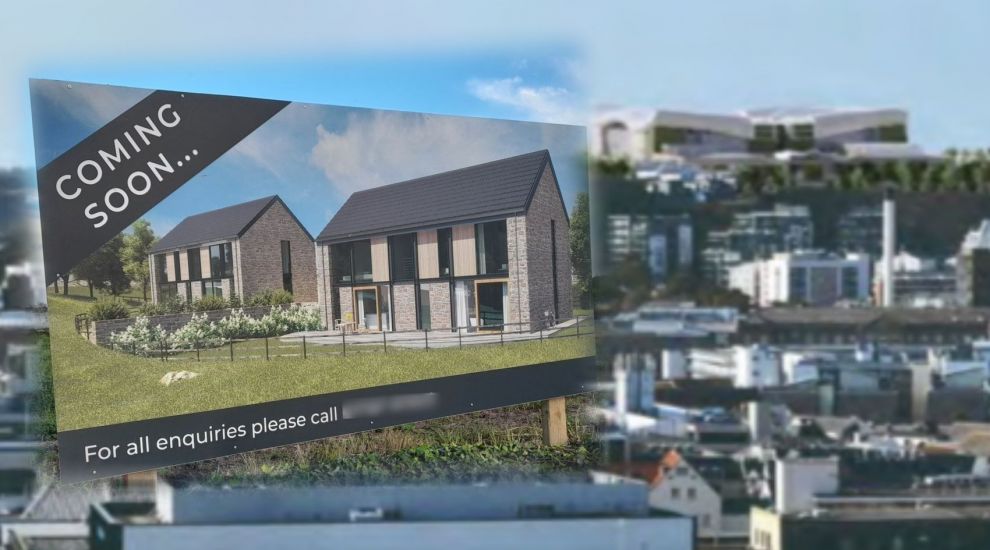 A local developer appears to be pushing forward with plans to build new homes on a St. Helier field – even though it is earmarked for the future hospital’s new mental health facility.

A sign featuring a picture of the proposed new homes, which are yet to receive planning permission, was erected on Westmount Road’s Field 1550 last week.

It said they were “coming soon” and provided a number to ring for enquiries.

But the field, which is also believed to be the site of a former dolmen, is needed in order to provide a one to two-storey mental health building on the planned £800m one-stop-shop Overdale health campus. 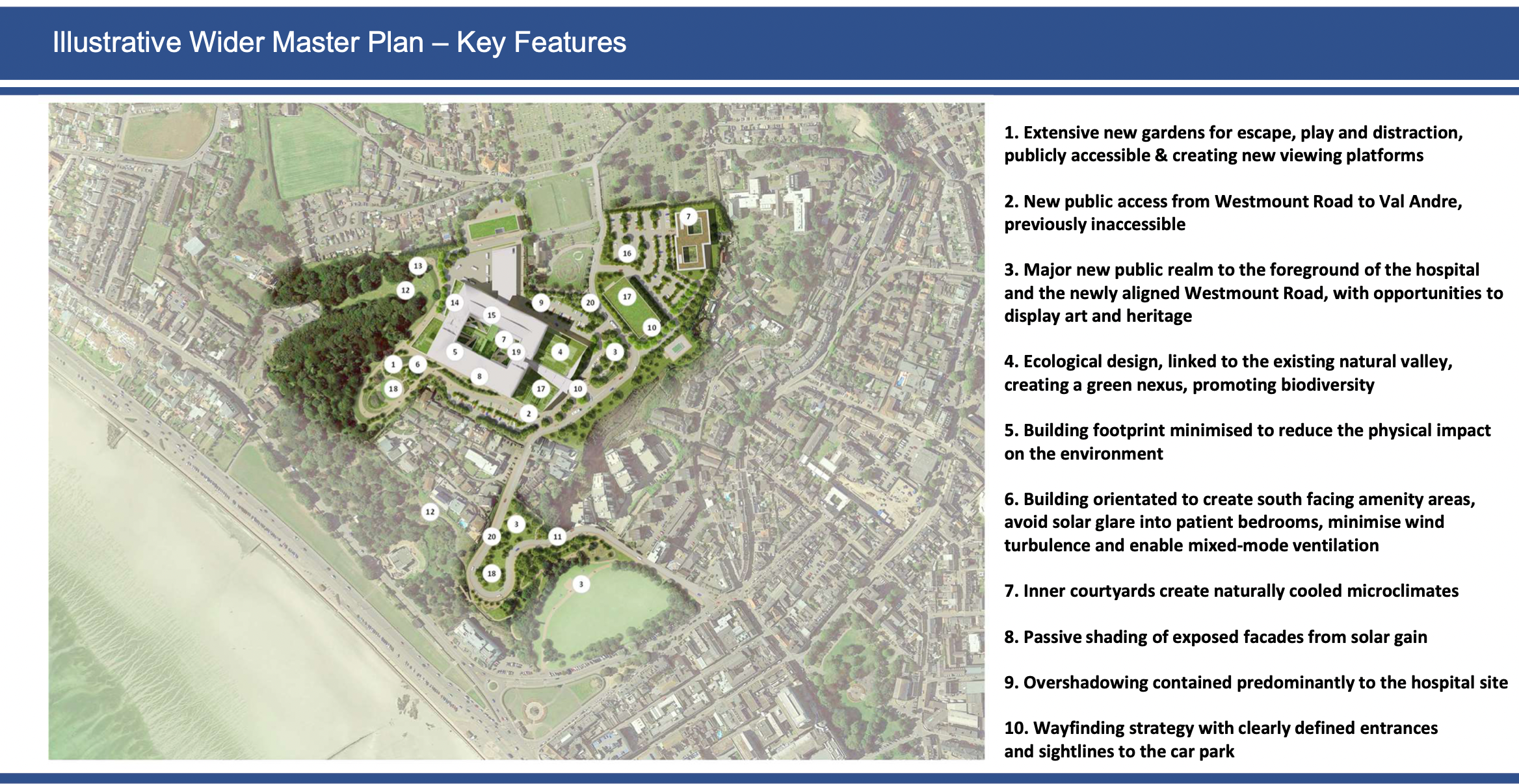 CLICK TO ENLARGE: The field sits where the mental health unit is due to be built (see number 7).

The Government has therefore been seeking to acquire the site for many months, but is yet to reach a deal.

Contacted by Express about the boards, a spokesperson for the ‘Our Hospital’ project confirmed that they still needed to acquire the land for the new hospital. 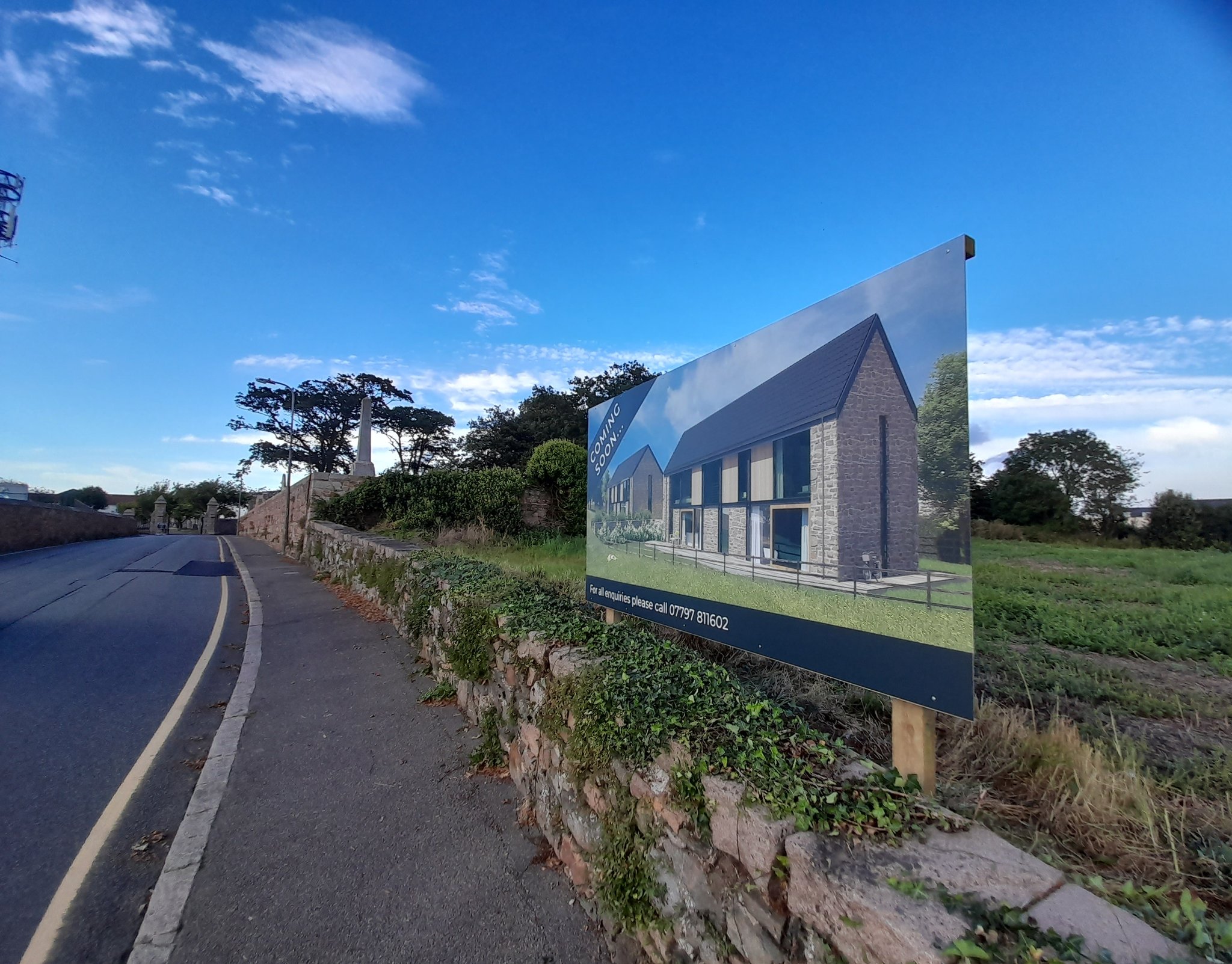 Pictured: The advertisement has gone up recently on the site.

While the Planning Department initially recommended that the plans be rejected, a Planning Inspector made the opposite recommendation, on the guarantee that the applicant would create a new public footpath or pavement of a width of 1.5m along the Old St. John’s Road boundary of the site and cede it to the Parish.

The Government’s budget for property acquisitions for the new hospital had previously been estimated to be £16m.

By the end of May, property acquisitions accounted for more than half of the new hospital project's £22.1m spend.

Meanwhile, £7.6m had been spent on design, £1.6m on ‘professional and specialist services’ and more than half-a-million on the Project Team.

So far, more than a dozen properties have been acquired.  Between April and June, seven homes were bought, with the sales contracts worth between £763,995 and £1.7m.

In July, the Government confirmed its intentions to buy two more properties, one sitting opposite Overdale, with the seven properties surrounding it having already been snapped up and the other at the back-left of the current Overdale site.

Posted by nigel pearce on Sep 13th, 2021
If this field is to be built on, it makes more sense to build housing there than a hospital which should be located elsewhere.
Posted by john garner on Sep 13th, 2021
Love it ..one departments free footpath ( development tax) is another departments additional costs
Posted by SteveRead95 on Sep 13th, 2021
The true be told - the field will be worth a whole lot more if it has planning permission for housing rather than a green field - forcing the public to pay a great deal more.
Posted by Jon Jon on Sep 13th, 2021
The first field sold only for 300 thousand ,that was cheap for land needed for the hospital,I wonder if it’s same owner on the field that’s possibly going to be built on for houses,could be the owners playing a game ,if it’s approved for housing it will be worth far more than 300 thousand.
To place a comment please login Login »