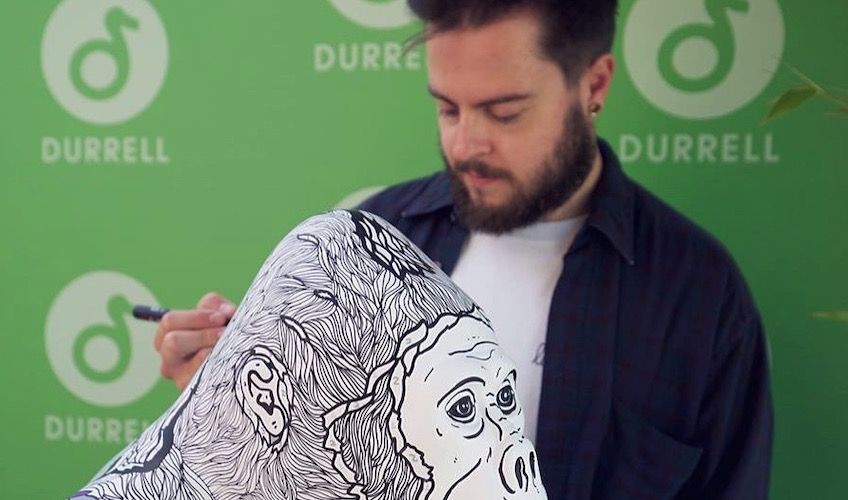 Decorating a life-size gorilla might seem a somewhat natural progression from painting Warhammer models as a child, but it might not have happened if it hadn’t been for small nudge from destiny.

See, Will Bertram's artistic journey is as much about talent as it is about chance.

It's been a busy year for the rising local star, starting with transforming a surfboard into a wave for charity before going on to look after a troop of life-size gorilla sculptures for Durrell.

With the Grand Gorilla auction now behind him, Will now has time to focus on his own work. But before his schedule steps up again, he took the time to share his backstory with Express... 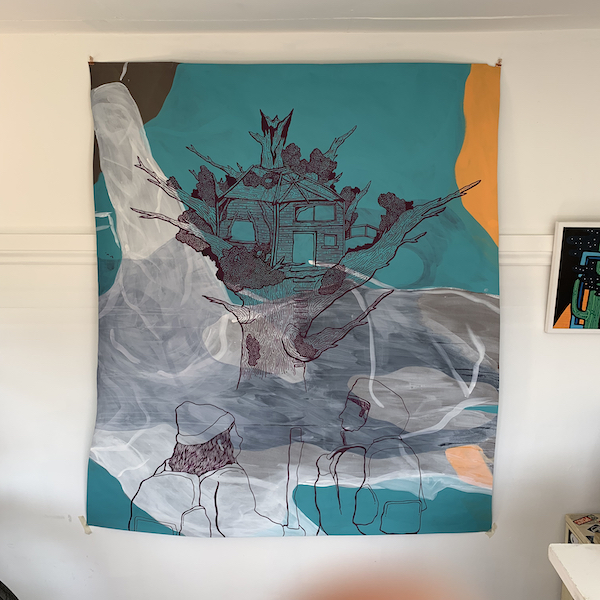 Pictured: Will describes his work as contemporary drawing.

“I always drew and liked drawing,” Will said. “I drew as a hobby. I did a lot of model making as a kid, I was really good at painting and doing details. Art was the only thing I liked at school, so I put all of my effort in that.”

Despite his fondness for drawing, Will never considered pursuing arts after school. “Art education was not really my thing, I did not see it going anywhere,” he admitted.

After finishing school, Will went to work at Jersey Post and took a break from drawing. But his creative fire was soon reignited in his early 20s when a friend asked him to create a mural. “It brought me out of a slump,” Will said. 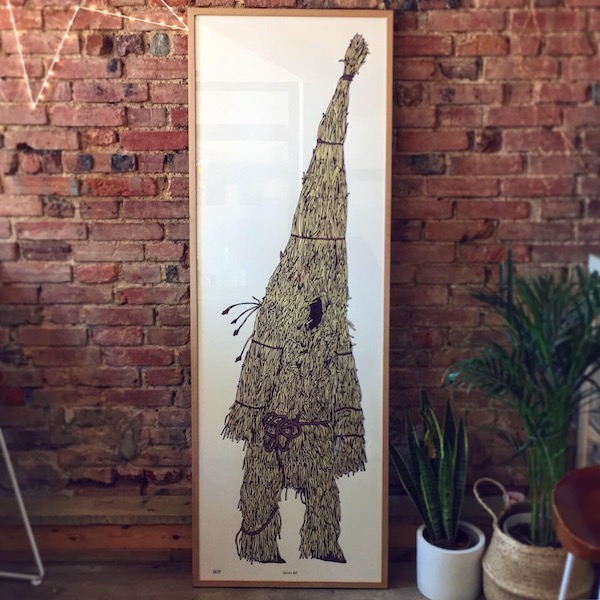 Pictured: Will's 'Wickerboy' along with other of his works can be seen at Cargo.

“My friend gave us free rein for the mural, he was just there playing on his Playstation. We got away with drawing whatever we wanted. Hanging out made it fun, it kickstarted it all again.”

After the mural, Will went on to decorate a few skateboards for his friends and then started looking into applying for an arts course at Highlands College. With just a few days to go before the term started, Will lucked out once again.

“I spoke to Jason Butler and within a week I had started. He gave me that chance and I am really grateful. I was very lucky. Jason gave me advice that really stuck.” 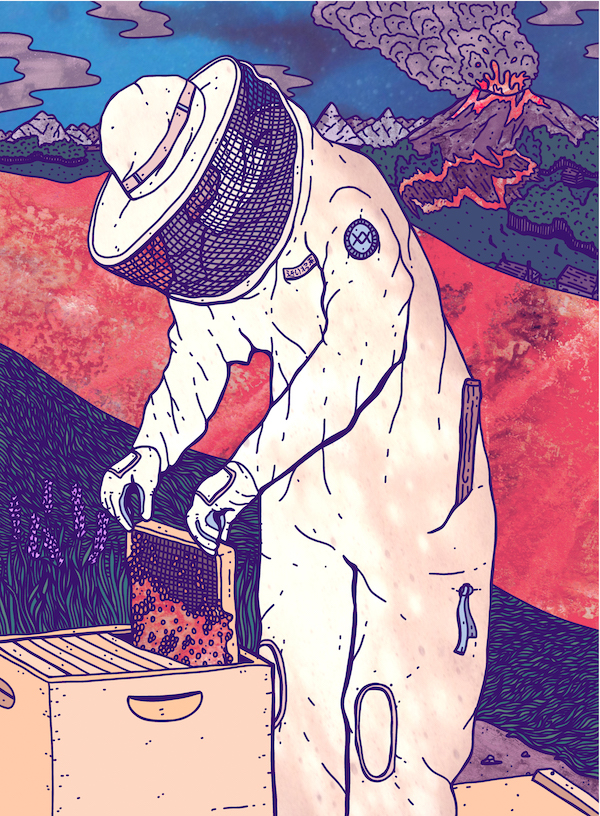 Pictured: 'Do Not Think About The Difficult Thing,' one of Will's recent works.

“I like to think I would have ended up doing something artistic,” Will adds. “Sometimes you need a little unexpected push to make you realise what to do.”

Nowadays, the 27-year-old describes himself as an illustrator. “I like to go under the banner of contemporary drawing,” he explains. “I like to think of it as drawing in any form, encompassing drawing, installation, sculpture, as long as there is some form of drawing even if it’s not pen and paper.”

Will draws most of his inspiration from cults, rituals and folkloric customs or artists like Marcel Dzama, whose everyday scenes always incorporate “something weird.”

“Anything that is weird is generally fun to draw,” Will says. “I try to find a deeper meaning in it.” 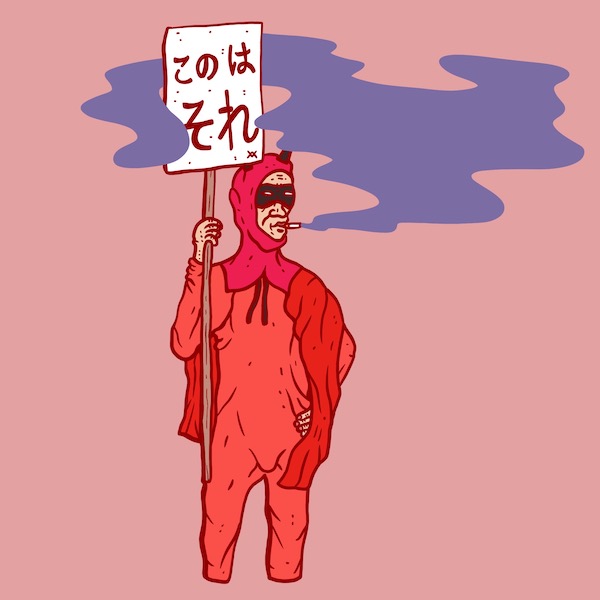 Pictured: Will draws most of his inspiration from cults, rituals and folkloric customs.

While he normally uses either a sketchbook or his iPad to create his illustrations, Will also sometimes dabbles with paint and spray paint. “I like to use whatever I can to make whatever it is I want to make,” he explains.

This year, however, he turned his artistic flair to something completely different.

Taking inspiration from Hokusai’s wave, he redesigned a surfboard to help raise funds for charity Healing Waves, which helps islanders of all abilities to enjoy the sea using specially adapted surfboards. 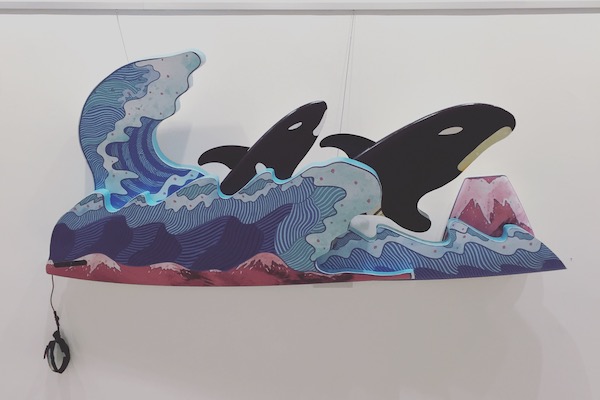 Pictured: Will transformed a surfboard into a wave inspired by Hokusai.

For both projects, Will tried to interpret the brief differently: he cut up his surfboard to create silhouettes of orcas and added an ice block around Relic’s feet to make it look as if he was unthawed.

While Will mostly enjoyed taking part in the two projects for the “feelgood factor of knowing that your work is going to a good cause”, getting to work alongside local artists was also a significant perk. 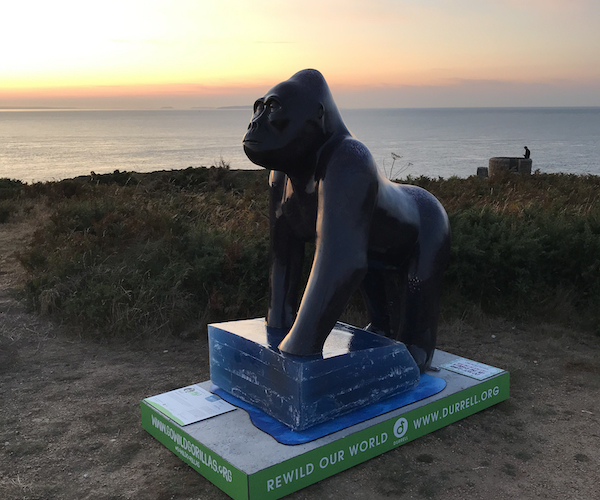 “There is a really good community of artists in Jersey,” Will said. "I got started because of work experience at the Kartoon Faktory with Ben Robertson and Oli Nightingale.

“I was so lucky to be a part of that when I first started. It was kind of ‘the right moment at the right place.’ People are not competitive; they are encouraging and supportive. They understand the importance of having a good arts community, over having a job.” 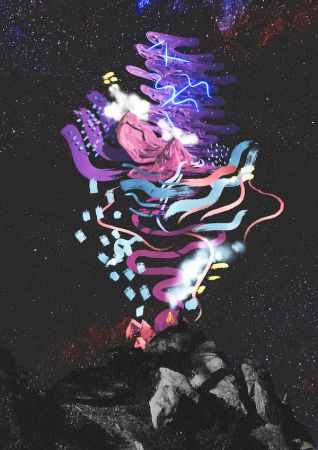 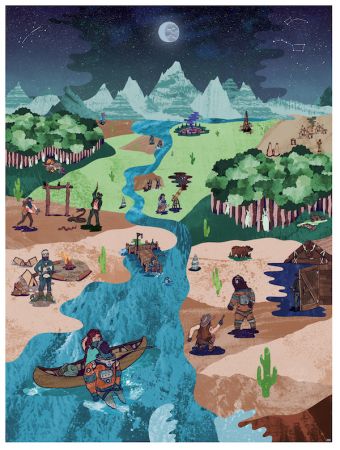 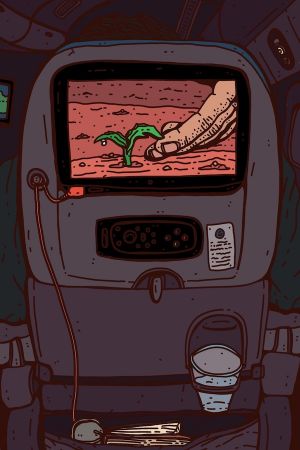 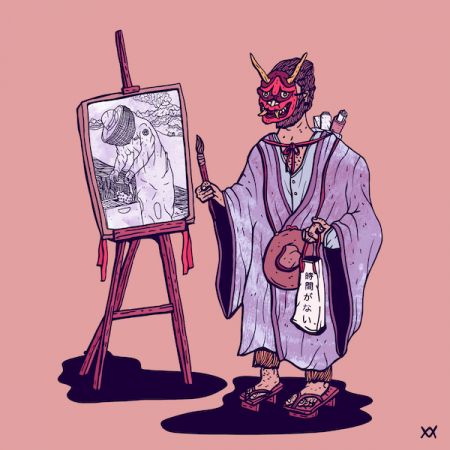 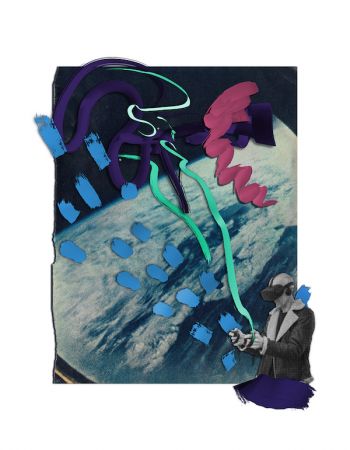