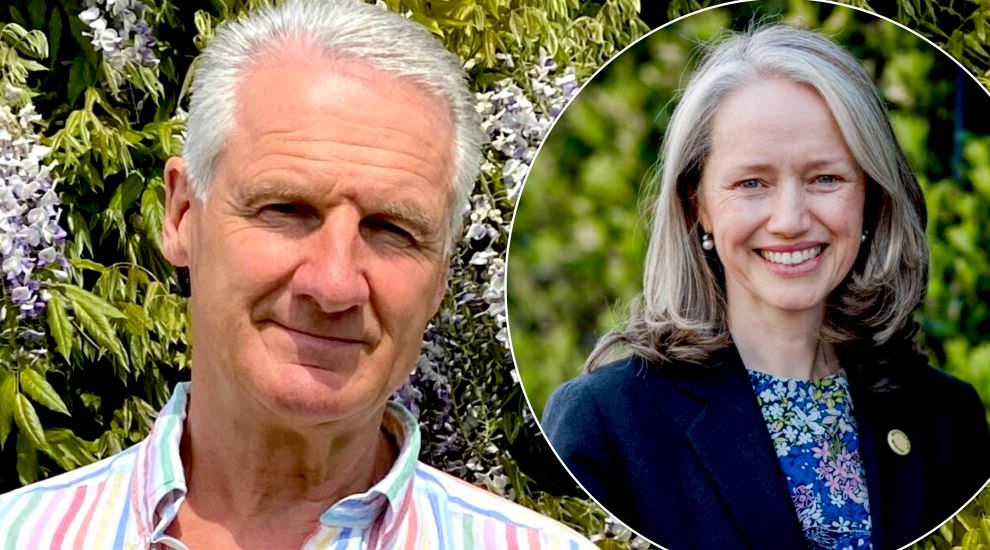 A poll-topping political newcomer who had hoped to become Chief Minister says he and his supporters are now throwing their weight behind Kristina Moore.

Former Jersey Royal Company owner Tom Binet, who secured the most votes in the district of St. Saviour with 1,541, had hoped to take on the top political position.

The move would have pitted the assisted dying and mental health reform campaigner against Chief Scrutineer Kristina Moore of the Better Way movement, who announced her goal to become the first woman to hold the role in May, and Reform Jersey leader Sam Mézec, who launched his Chief Ministerial bid after his party doubled its number of seat in the States Assembly.

I was delighted to attend the first meeting of @ReformJersey's newly elected parliamentary party this afternoon. We unanimously agreed to propose our party leader @SamMezecJsy for the position of Chief Minister. We are commited to delivering on our manifesto. pic.twitter.com/TkUAkkhF7w

But Deputy-elect Binet told Express this afternoon that his position had changed.

"Having consulted with fellow States Members-elect regarding the office of Chief Minister, it is clear that Kristina Moore has overwhelming support," he said.

"As a consequence, it would not be appropriate to pursue the office myself and, accordingly, I and my close supporters will add our full support to her campaign."

Common ground over Our Hospital?

It was understood that Mr Binet would have the backing of other political newcomers linked to the Friends of Our New Hospital group, who consistently challenged the outgoing government's plans for a £800m build at Overdale. Mr Binet's manifesto spoke of bringing the project under control "physically and financially".

Kristina Moore wrote in her manifesto: "With £100m already spent there is sufficient information available to revert to a dual site option without delaying the project. Doing so would save money now and for future generations."

Successful candidates in Wednesday's election have less than 48 hours left to nominate one of their fellow politicians for the role of Chief Minister, with nominations closing at 17:00 on Monday.

Previous Chief Minister Senator Ian Gorst previously told Express he wishes to remain Minister for External Relations - a position he said he was standing by in the early hours of Thursday morning.

Happy to have signed @Moore4Jersey paper for #ChiefMinister Having worked with Kristina for more than 11 years, I have watched her development closely. Always looking to learn and improve, I think she is now ready to take on the role. #Moore4CM pic.twitter.com/CdL8DL53UD

Pictured: Kristina Moore has the backing of St. John Constable Andy Jehan, as well as her colleagues of the Better Way movement, and now Mr Binet and his supporters.

Previous Chief Ministerial candidate and current Deputy Chief Minister Lyndon Farnham, who scraped into the fourth seat in the western 'super-district' of St. Mary, St. Peter and St. Ouen, has not stated his intentions.

Posted by Alexander Burnett on Jun 26th, 2022
I really hope Tom Binet gets planning I do believe he would shake that department up as he has first hand knowledge of just how corrupt that department is … unfit for purpose was how the Norwich Police Labeled it.
Posted by Jon Jon on Jun 27th, 2022
Tom Binet like many others like myself have had grievances with Planning..stop bringing up our mistake at Planning meetings to do with your neighbour was our response by a senior Planning officer.Tom would probably shake that department up big time which is definitely needed!
Posted by Jean Lelliott on Jun 27th, 2022
Planning or Health. Tom could do so much on both of these.
To place a comment please login Login »