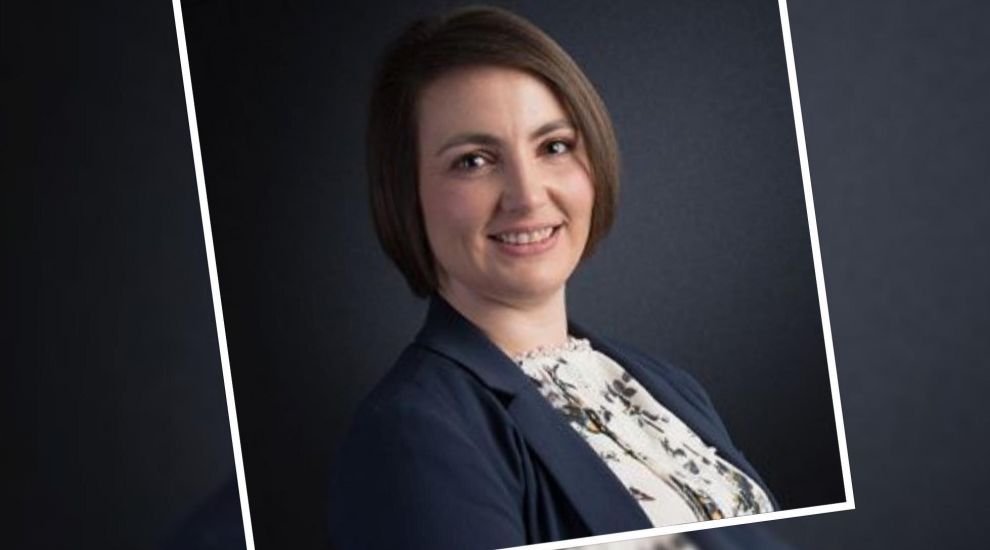 Tracey Vallois has topped the Senatorial poll with 15,518 votes, followed by Kristina Moore with 15,292 in a triumphant display of girl power.

Moore, the sitting Deputy for St. Peter, had led the way during the first declarations of the evening, but the final influx of 3,026 votes from St. Helier secured St. John Deputy Vallois’ top spot success.

The final two were taken by Senator Sarah Ferguson (11,297) and Reform Jersey Deputy Sam Mézec. He remained just outside of the top eight until it was announced that he had topped the poll in St. Helier with 3,118 votes.

Although the line-up did not include any new faces, it did see two firsts for Jersey: the first time that two females had topped the poll, and the most female Senators to have ever taken places in the States.

And that figure came very close to being four - coastal development campaigner and formal legal professional Moz Scott came close to scoring a seat, but narrowly missed out on a seat, coming ninth place with 10,884.

With sitting Chief Minister Ian Gorst having made a dramatic slip down the rankings – a far cry from his poll-topping 2014 victory – all eyes are now on that top Ministerial role and whether he’ll retain his hold. 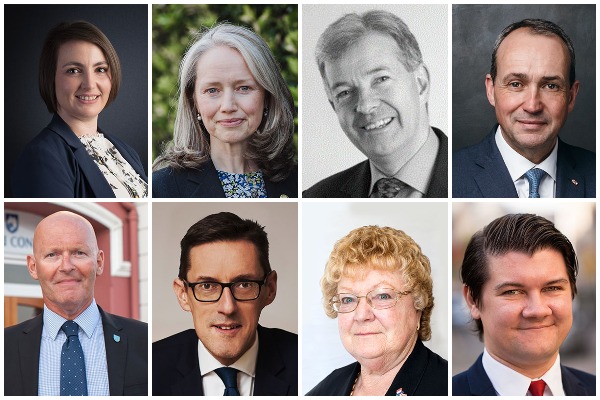 And many are wondering if the island will see yet another first: a female Chief Minister.

Despite her prime position, Tracey Vallois ruled herself out of the running.

Her number-crunching experience on Scrutiny and interest in the island’s taxation system led Deputy Vallois to consider roles within the Treasury and Social Security, but she said that her sights were firmly set on the Education Ministerial portfolio, with shaking up the Department having been a central tenet of her campaign.

“Education’s my passion,” she told Express. “I think teachers need more support. I think the curriculum needs to change. I think we need to be more bold and brave with the way we do education in the island – we need to stop following a failing education system, and I think we need to let our children be innovative and creative and have their own minds, not just learn how to take tests.”

She said that she also felt ready to work alongside the other Senators, adding that campaigning and hustings had led them to feel like a “family”, and that she had also eyed up potential Ministerial talent among the new faces to enter the States – nearly half of the Assembly.

“It’s difficult because there’s some people that you’ve worked with so you know what they’re like. Then there are new people – and you see that they’ve got a certain talent, they’ve got a certain skill that would fit here. Maybe I’ve been in the States too long, but I’m looking at it a bit like an employer would,” said the Deputy, who first entered politics at 25 and whose political interest was sparked during her school years when leafleting for a candidate.

But she conceded that, with so many current States members leaving their roles, some of the newcomers may need extra support, which she is prepared to offer. “It’s going to be interesting because if you get new people in Ministerial roles, new people in Scrutiny roles, they’re going to have to learn the ropes. I hope to be one of those to be able to bring them in and say, ‘You’re part of a team, I want to support you.’”

Vallois’ victory came at the end of what she described as a “positive”, “interesting” and “enlightening” campaign season, fuelled by the goodwill of members of the public and a strong “team effort” by her family. 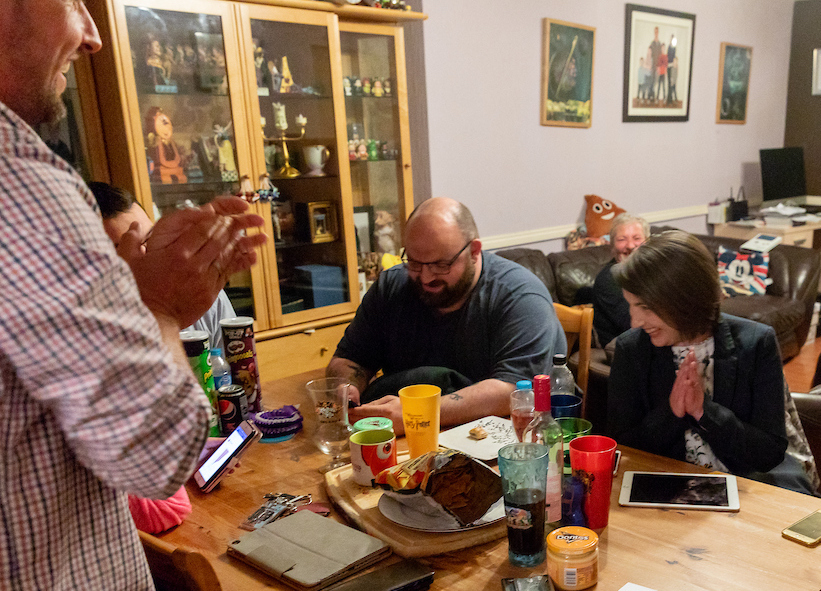 Pictured: Tracey Vallois and her family celebrate as they learn of the Senatorial result for St. John, the Deputy's home parish.

But as the results poured in last night, it was Pepsi Max that was instead fuelling the new Senator, who, with children to bring to school in the morning, was feeling the call of her bed.

She was, however, awake for one particularly special moment: topping the poll in her home parish of St. John, which was met with ecstatic cheers from family members. She shot to the top with 829 votes.

And that success continued, with even stronger support in her former parish of St. Saviour, where she reigned with 2,193 votes.

St. Saviour Deputy Jeremy Macon, who had supported her on the campaign trail alongside other returning Deputies including Carolyn Labey of Grouville, and St. Helier's Russell Labey, Judy Martin and Scott Wickenden, was full of praise for the successful candidate on Twitter.

SHE’S ONLY GONE AND DONE IT! SO PROUD OF @TAVallois - Top of the Senatorial vote! I told that she would and I so glad that St Saviour places her at the top of the parish also! #jsy2018 #votevallois pic.twitter.com/FkUlywSobF

Kristina Moore said that she was delighted and “humbled” to have been a top Senatorial candidate alongside Tracey Vallois – something that she didn’t expect, but heartily welcomed. “What a good message that sends out,” she observed.

The Deputy of six-and-a-half years had, in fact, been “in two minds” about standing for the island-wide role, but said that International Women’s Week and the Press for Progress campaign had convinced her to “make that next step… and stand up and be counted.”

The risk paid off – but will she ride the wave of girl power and take another by throwing her hat into the ring for Chief Minister?

“We’ll see,” was her response to Express. “I think we have had a really good Chief Minister for the last two terms and clearly I’ve been supporting him to carry on in that role. Just because you’re top of the poll doesn’t mean that’s what the Assembly will think either. At the end of the day, it will be a matter for them, so it’s not the first thing in my mind.” 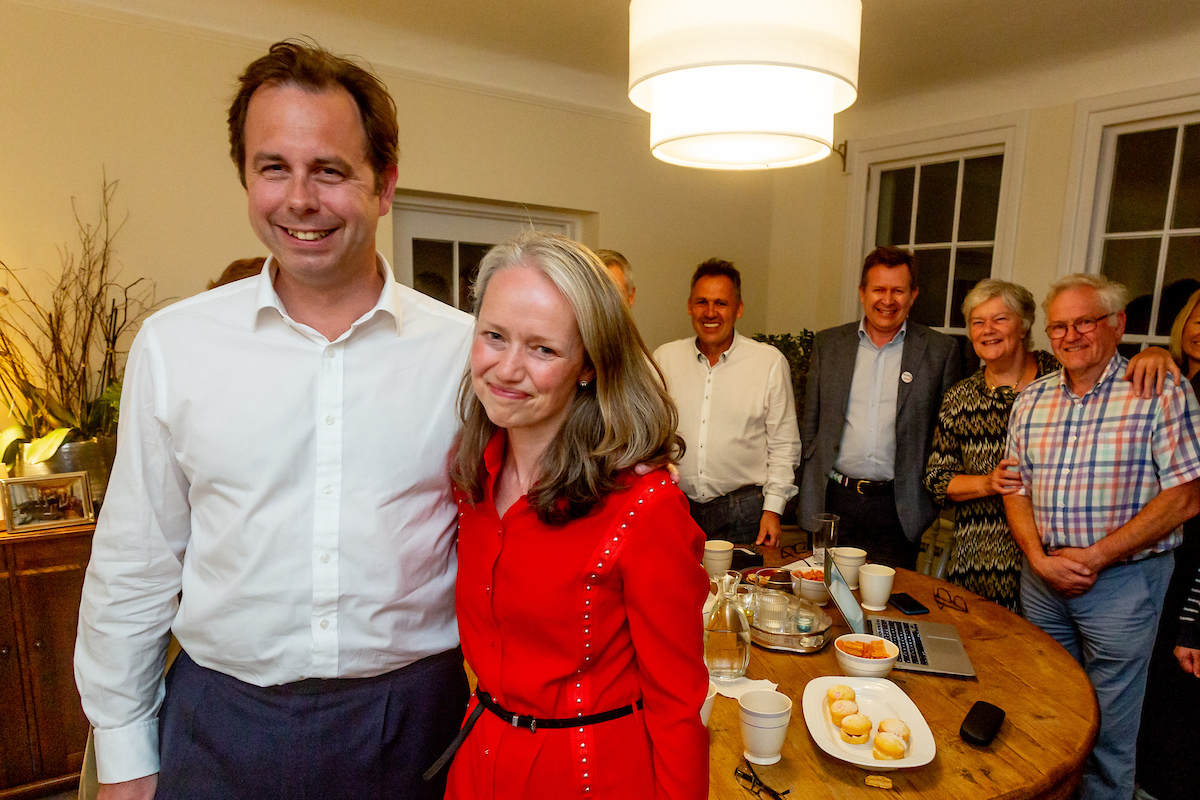 Pictured: Kristina Moore and her team of supporters.

Speaking from her St. Peter home, where she was supported by friends, family, her dogs, cake and a well-used teapot as the results came in, she explained that she had enjoyed her previous role as Minister of Home Affairs, and looked forward to the potential opportunity of working alongside new Ministerial colleagues should she secure a top role.

“We really need to build a collaborative approach to the next Council of Ministers and the next Assembly as well. I think there are some really talented new young politicians who’ve been elected this evening, which is really pleasing to see, so there will be a new feeling to the Assembly. “

In the long-term, the new Senator said she would focus on community, the economy and the environment -  “you can’t have one without the other, and I’ve really tried to drive that home” – but next on her short-term agenda would be a celebratory brunch with the Jersey Hospitality Association.

So could a Chief Ministerial challenge come from our number three candidate, St. Lawrence Deputy and Senator-elect John Le Fondré? 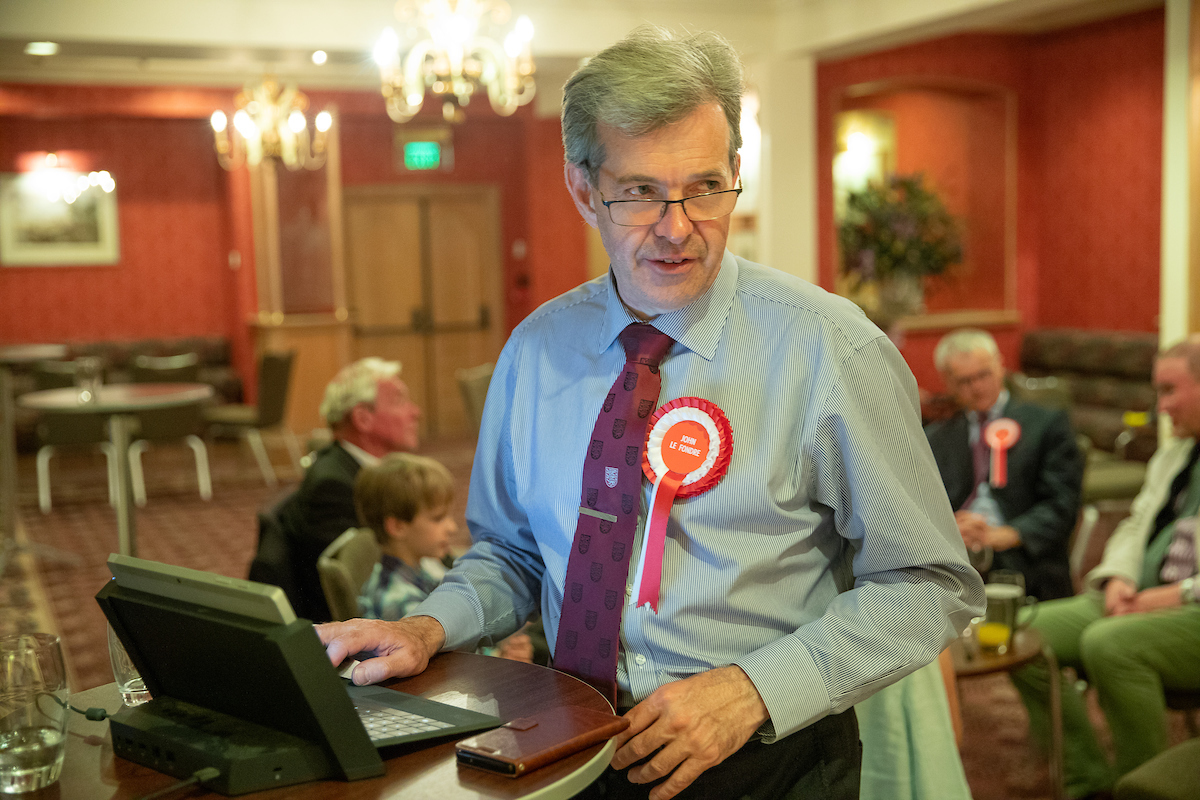 If it does, his new Senatorial colleague Sarah Ferguson said she was ready to throw her weight behind him.

At the Pomme D’Or, the Scrutiny veteran behind dozens of reports probing and exposing the Council of Ministers’ faux pas – and extolling their good work where appropriate – was not enticed by his buffet selection. Le Fondré was instead glued to his self-created spreadsheet – a handy device that had seen him through previous elections.

Thankfully, its display retained a positive showing for him.

Speaking about his top three spot, which he confidently held throughout, he told Express that he was “delighted.” 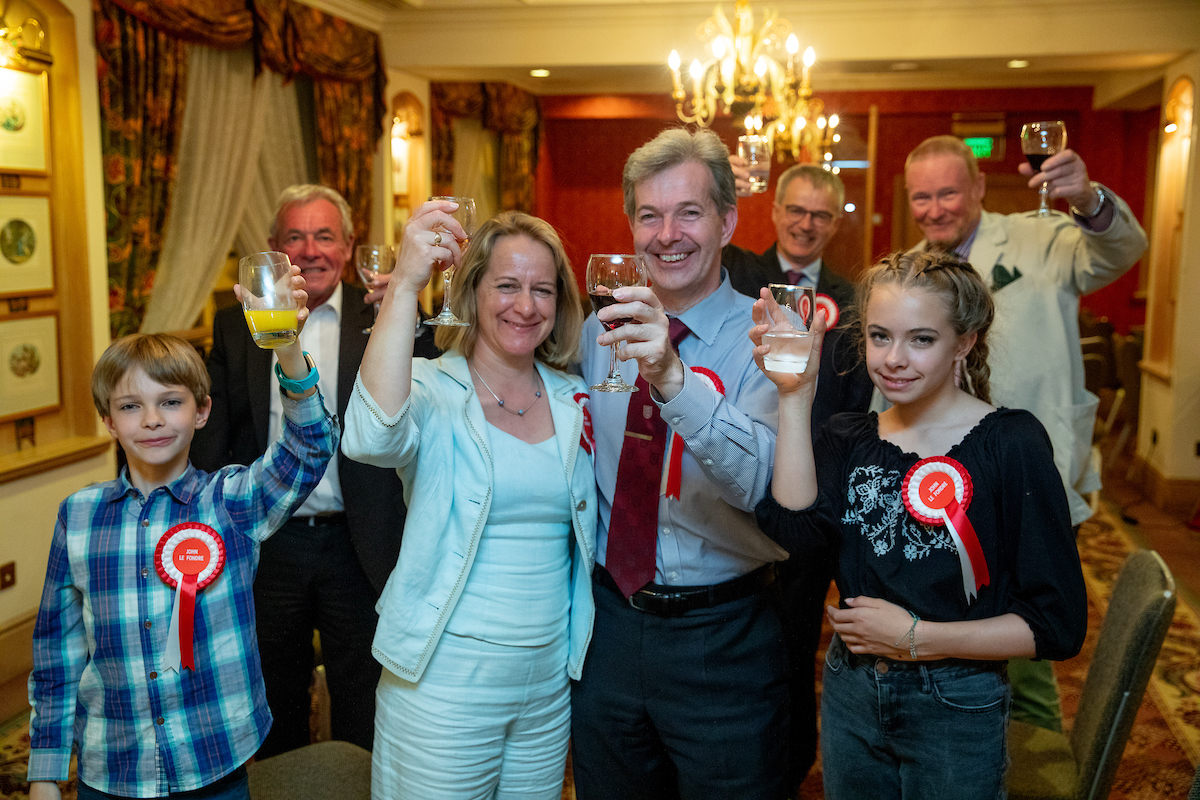 “I’m very pleased, thank you to everyone who voted," Le Fondré, who has been in the States Assembly since 2005, said.

Almost half of Deputies and Constables elected are 'new' faces

Posted by Denise Shrives on May 17th, 2018
Such a good result except for Gorst, can't believe he got back in.
Posted by John Storey on May 17th, 2018
I think Tracey Vallois should become the first woman Chief Minister of Jersey,
To place a comment please login Login »