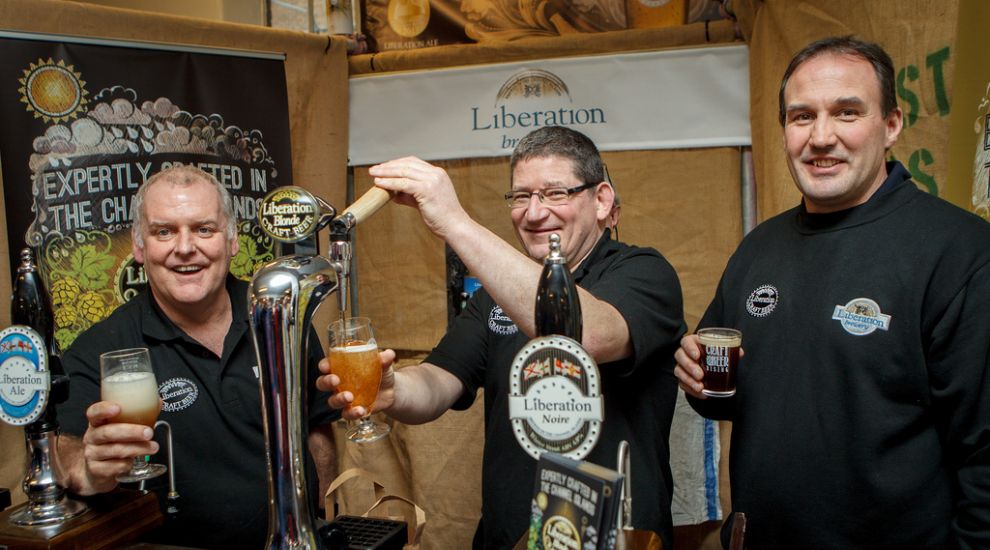 The latest offering from the Liberation Group was a big hit at the Craft Beer Rising Festival in London and the head brewer says that there could be more experimental craft beers in store for Islanders for Islanders to try.

Liberation Blonde was one of more than 200 beers at the festival in Brick Lane which attracted thousands of visitors from around the world.

The group have been getting more into craft beers over the last 12 months as the UK gets more and more excited about what has until now been a niche market – last year it was estimated that craft beer sales had risen by up to 84%.

Liberation Brewery head brewer Paul Hurley said that there could be more to come for Islanders and the wider market.
He said: “We had a really great weekend speaking with people who are passionate about craft ale and others who are new to it.

“For us, one of the best things about being an independent brewery is our ability to experiment with different beers and innovative flavours and this is what events like Craft Beer Rising are all about.

“We’re working on some new ideas at the moment and hope that Liberation Blonde is just the start of our craft beer offering.”

Islanders who haven’t yet tried Liberation Blonde Craft Beer can get it at Cock & Bottle, The Bar & Canteen, St Mary’s Country Inn and Dix Neuf.

Mark Crowther, Chief Executive of Liberation Group, said: ‘It was fantastic to be a part of the Craft Beer Rising festival and to see people enjoying Liberation Ale and Liberation Blonde alongside beers created by some of the finest brewers in the world. We’re very proud to be taking our locally produced craft ale to a wider audience and it was exciting and encouraging to see it receiving such a positive response this weekend.”