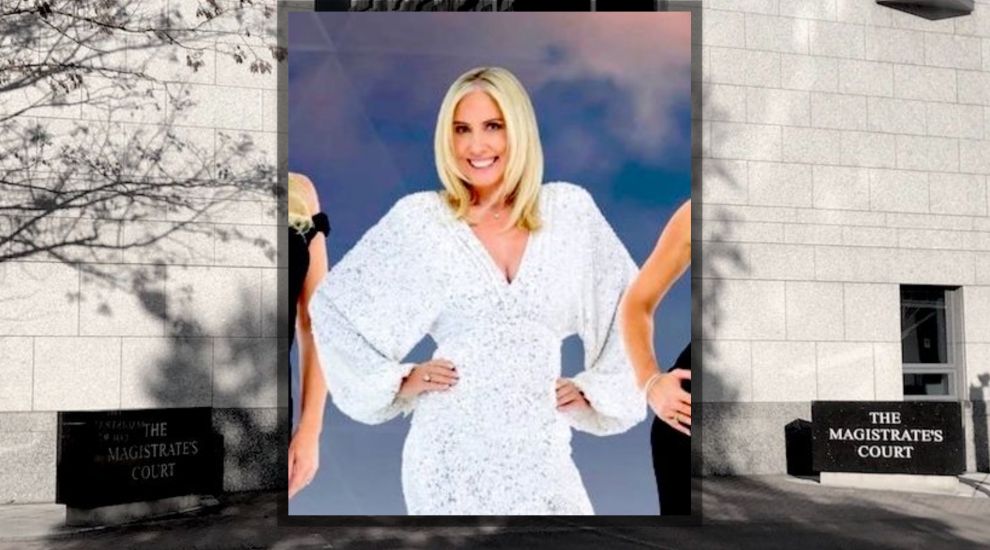 Local estate-agent-turned-reality star Margaret Thompson has been handed a covid breach fine of nearly £3,000 by the Magistrate's Court after attending BBC Jersey's studios when she should have been isolating.

The star of the Real Housewives of Jersey appeared in court on Friday 17 June, facing two charges of breaching covid regulations.

The two breaches occurred in January of this year when covid travel rules were still in force in Jersey. At the start of the month, the number of covid cases in the island had hit its highest since the start of the pandemic, with more than 3,400.

Ms Thompson (60), who is the owner of Thompson Estates and Fine and Country in Jersey, pleaded guilty to one charge of failing to isolate after travelling at her Ouaisné-based home address on 19 January 2022.

The second breach of covid regulations occurred two days later on 21 January when Ms Thompson was legally required to be self-isolating. Rather than remaining at home, she attended the BBC Jersey premises on Parade Road.

The reality TV star was fined £400 for failing to isolate and £2,500 for the breach of regulations, the equivalent to eight weeks' imprisonment.

When contacted by Express, Ms Thompson said that she had no comment to make at this time.

The Real Housewives of Jersey first aired in 2020. Earlier this year, Tessa Hartmann CBE said in January that she might not wish to take part in a further series of the show.

Speaking to FUBAR Radio, she raised concerns around some of her TV co-stars not being vaccinated against covid, saying she might not return to the show if the situation remains the same.

She spoke about how the situation had left her "a bit irritated", claiming that "almost over half" of the ITV reality show's leading women had not had covid jabs.

Star of series 1, Hedi Green, was vocal in questioning covid restrictions and the vaccine on social media and in speeches at local 'Rally for Freedom' events.

In August, a photograph of her at a rally with co-stars Margaret Thompson and Kate Taylor appeared on the front page of covid-sceptic newspaper The Rock alongside the caption, “JERSEY HOUSEWIVES SUPPORT FREEDOM.”

Pictured: Stars of the Real Housewives of Jersey on the front page of The Rock.

ITV declined to comment on this at the time.