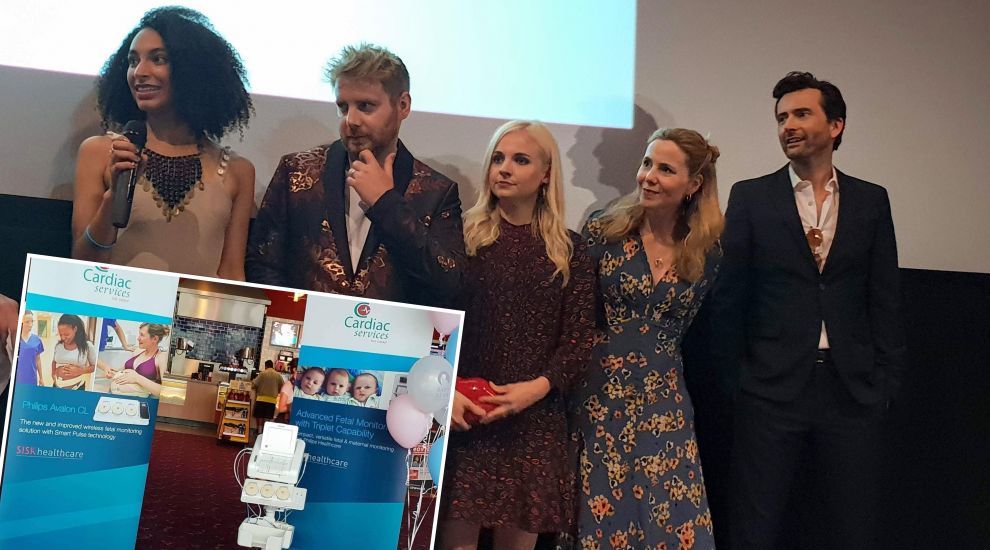 The 'Me, You & Him' première, hosted by Philip's Footprints and BabyLifeline, and attended by the movie stars including 'Doctor Who' star David Tennant, has helped raised thousands of pounds towards a new baby monitor for the hospital.

David Tennant, Sally Phillips and the film’s writer and director Daisy Aitkens are all ambassadors for Baby Lifeline. They were joined on the red carpet by Christian Brassington, Tessie Orange-Turner, along with producers Georgia Tennant and Phil Glynn.

The screening was organised by the Jersey Baby Bean Appeal, a charity collaboration between Philips Footprints Jersey and Baby Lifeline, a UK charity. Judy Ledger founded Baby LifeLine UK after the loss of three premature babies. Since then she has raised more than £12 million for the UK charity and worldwide. Jo and Paul Nash set up Philip's Footprints in 2008 following the loss of their second-born, Philip. The charity recently marked their tenth anniversary by staging a Starlight ball which raised £6,800 towards a seventh foetal monitor.

At a special gala launching the Jersey Baby Bean Appeal in 2016, the charities raised funds for five wireless foetal monitors for the Jersey Maternity Unit’s delivery suite. Philip's Footprints then raised money for a sixth one. The movie screening organised on Sunday at Cineworld aimed to raise funds for the purchase of a seventh one. 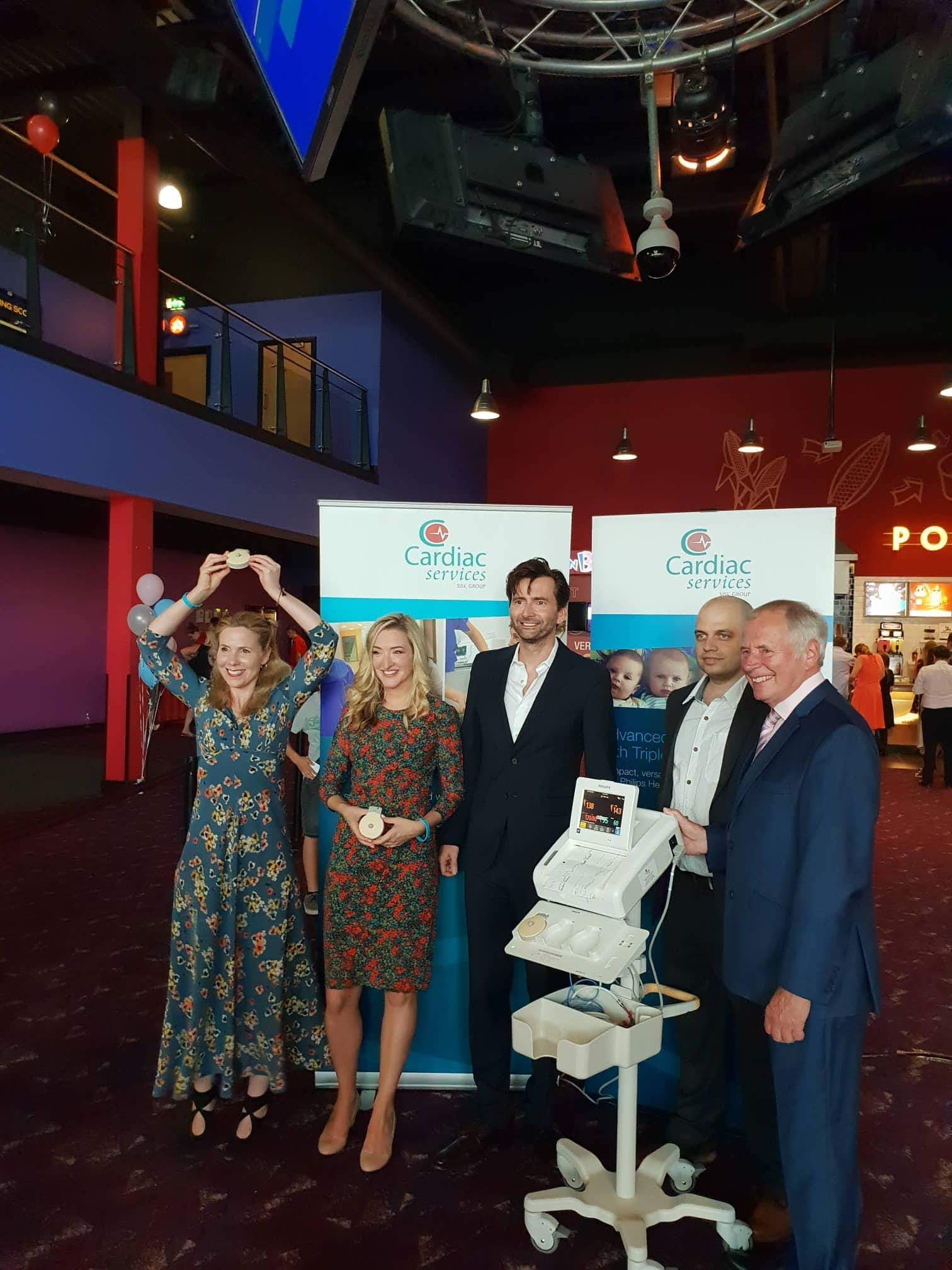 Speaking at the screening, Mrs Ledger, who said she had dedicated her life to improving the life of babies, explained that the devices allow professionals to monitor the baby's heartbeat throughout labour. A midwife attending the screening also explained it allows women to move during labour and even get in a birthing pool if that's their wish. She added: "It really makes a huge difference for women, it is amazing! We are very, very grateful to the Baby Bean Appeal."

Jo Nash, who recently celebrated Philip's Footprints 10th anniversary with a Starlight ball which raised £6,800 towards the seventh foetal monitor, said the charity's work helped make something good out of a devastating loss, something she never believed could happen.

The movie stars made their way to the red carpet to the applause and cheering of hundreds of enthusiastic islanders. David Tennant was the most sought after and the Scottish actor took the time to shake hands, take selfies and crack some jokes.

Tennant told Express he was proud to be attending the première, describing the charities' work as "amazing." "This is something that affects us all," he added speaking of safer births and pregnancies. Sally Philips also spoke enthusiastically of the charities' work and explained how crucial the monitors are. 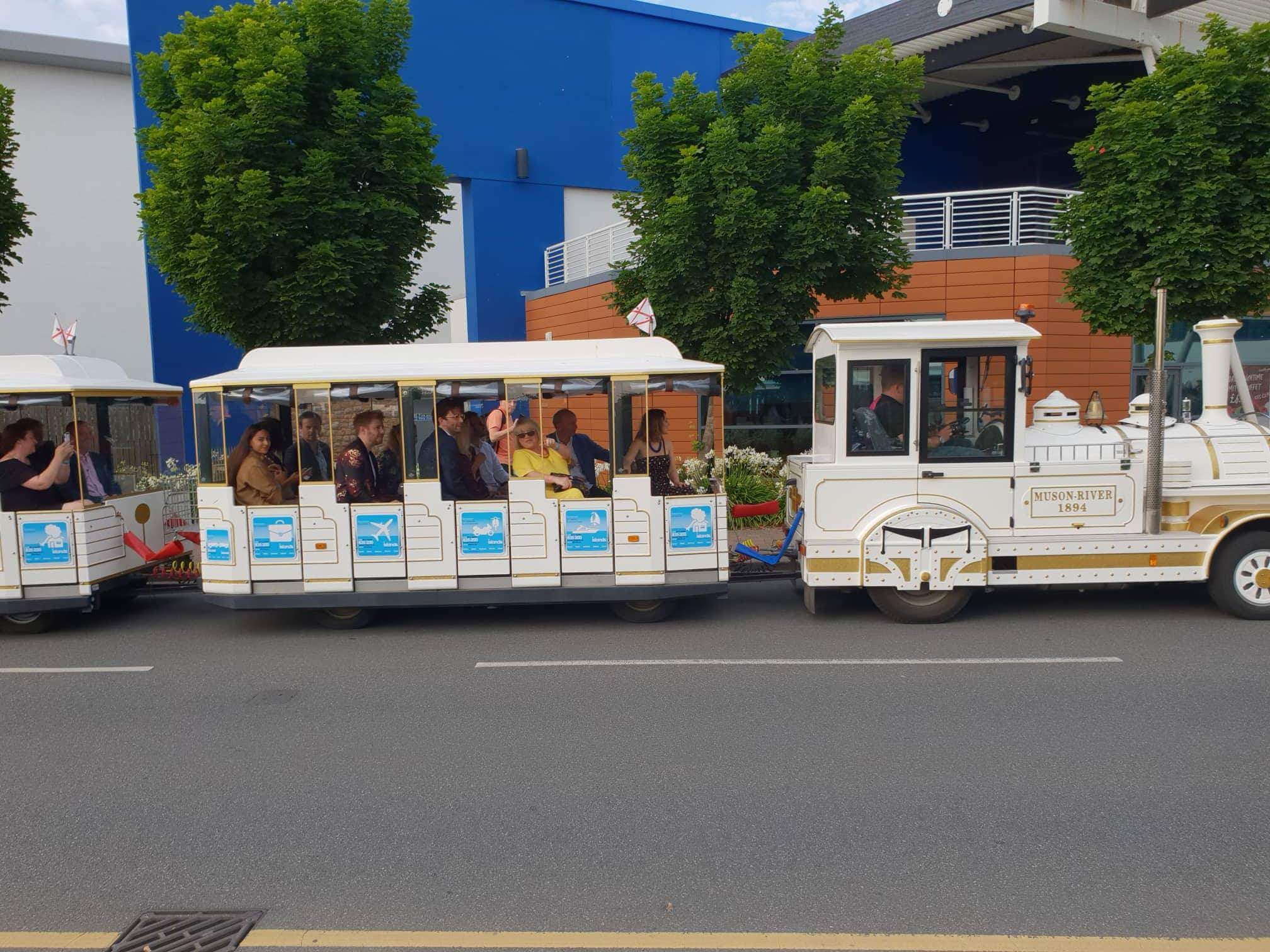 Pictured: The movie stars making their way to the red carpet.

Just before the movie started, Charlie McArdle hosted a brief Q&A session with the movie cast and Daisy Aitkens, for whom it was a directorial debut. She described it as a "rom-com" with a twist, adding "There are not many with two female leads."

The movie focuses on lesbian couple Olivia and Alex, respectively played by Lucy Punch and Faye Marsay. The pair become entangled in a unique and complicated relationship with next door neighbour John, played by David Tennant who described him as "a bit of a nob." As Olivia finds herself pregnant from artificial insemination,  Alex also gets pregnant after a drunken one night stand with John. From there on, the characters are caught in a tangled web of relationships and difficulties, which are only made worse by the couple's pregnancy woes.

Before the movie started, Aitkens said she hoped the audience would laugh just as much as they cried. 'You, Me & Him,' which will be released on Netflix in October and shortly afterwards on DVD, certainly lived up to the expectations. With jokes that are bound to go down as classics and unexpected - and hilarious - situations, it gives a fresh breath into the rom-com genre.

The evening was a double win with nearly all tickets available sold. Judy Ledger said: ‘We are delighted with the turn out for the event. Over 270 people bought tickets to attend the screening and, as a result of that, we are hoping to raise £15,000 to purchase a seventh wireless digital foetal monitor for the Jersey General Hospital." 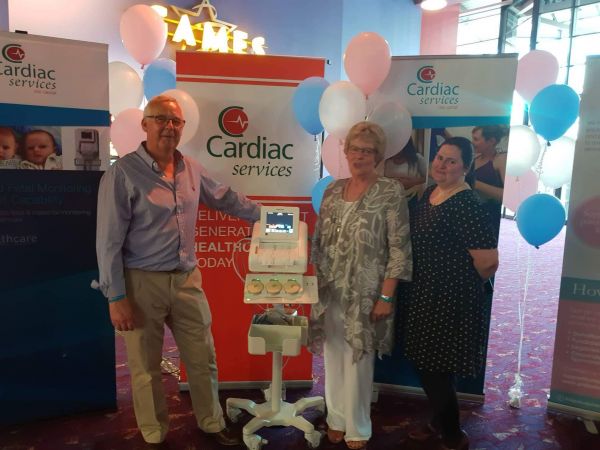 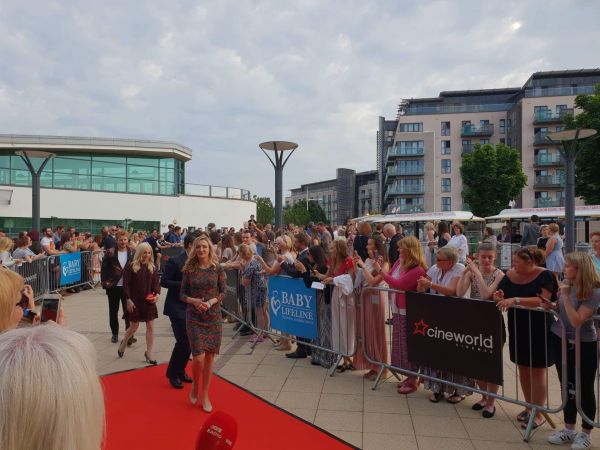 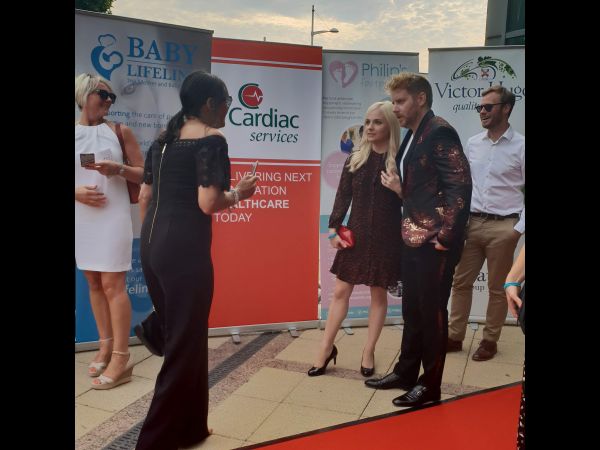 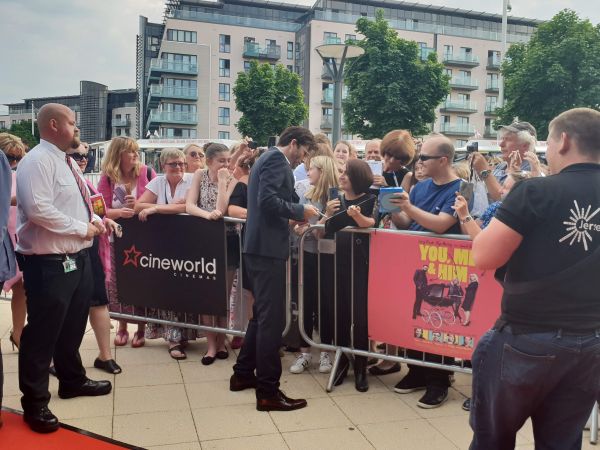 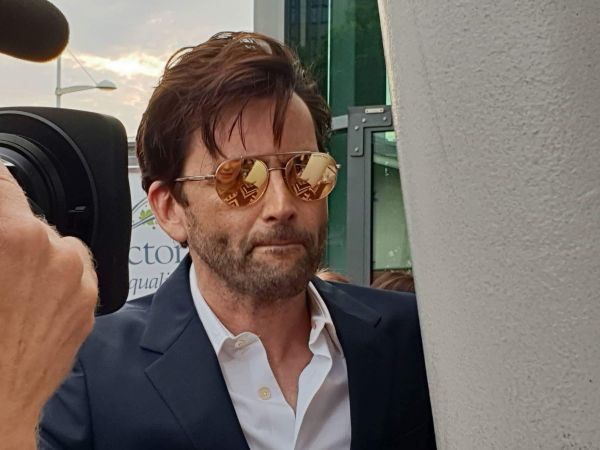 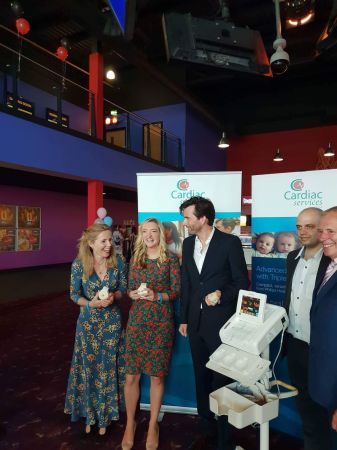 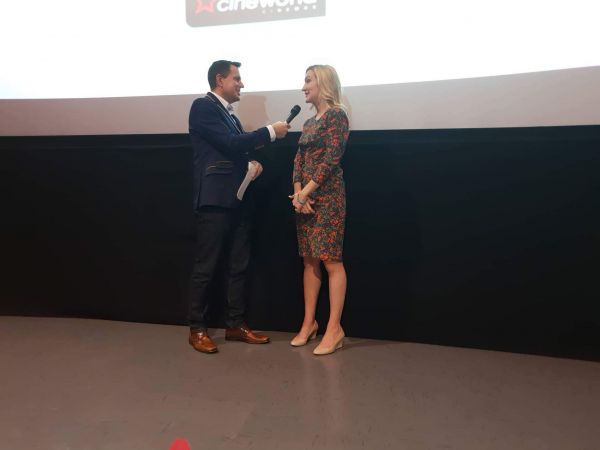 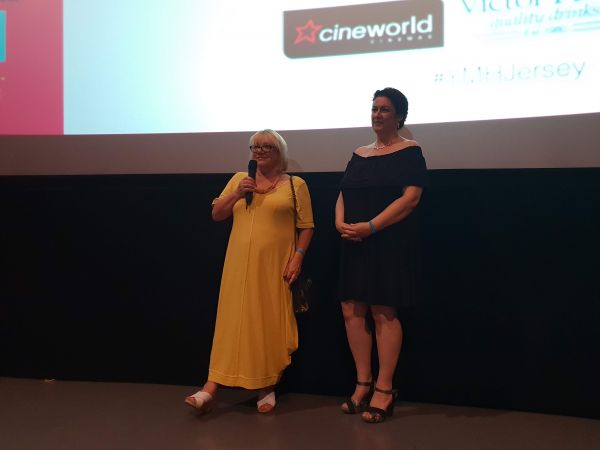 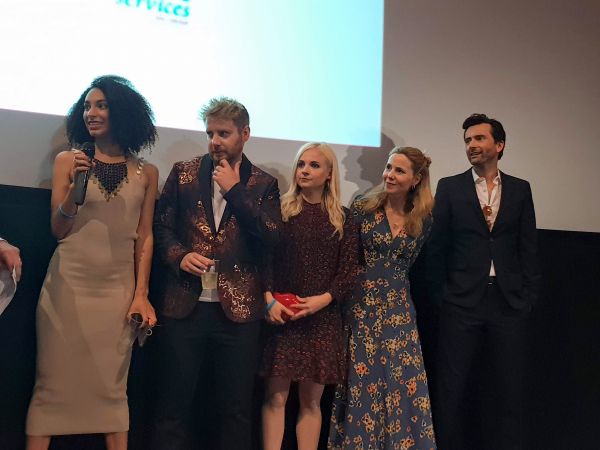 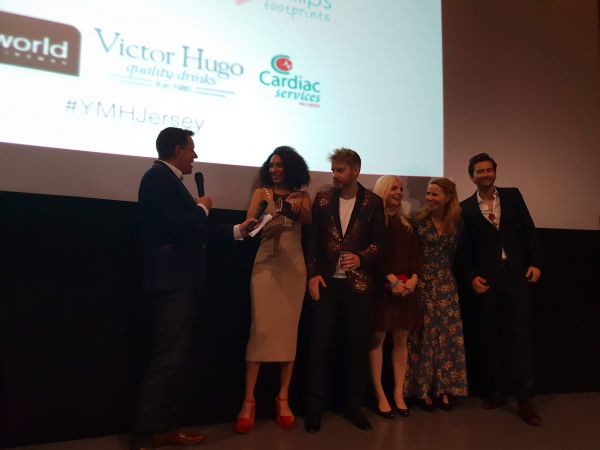 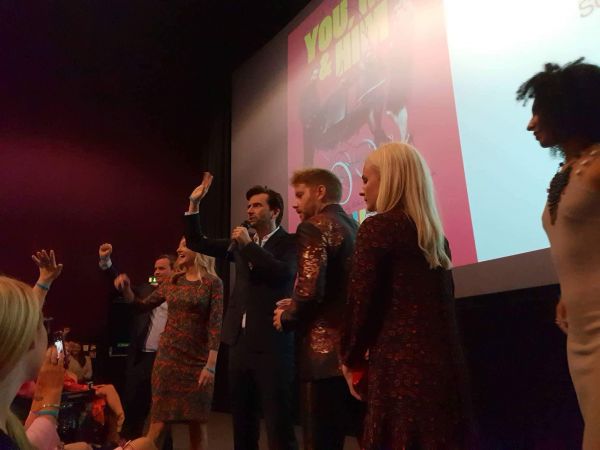