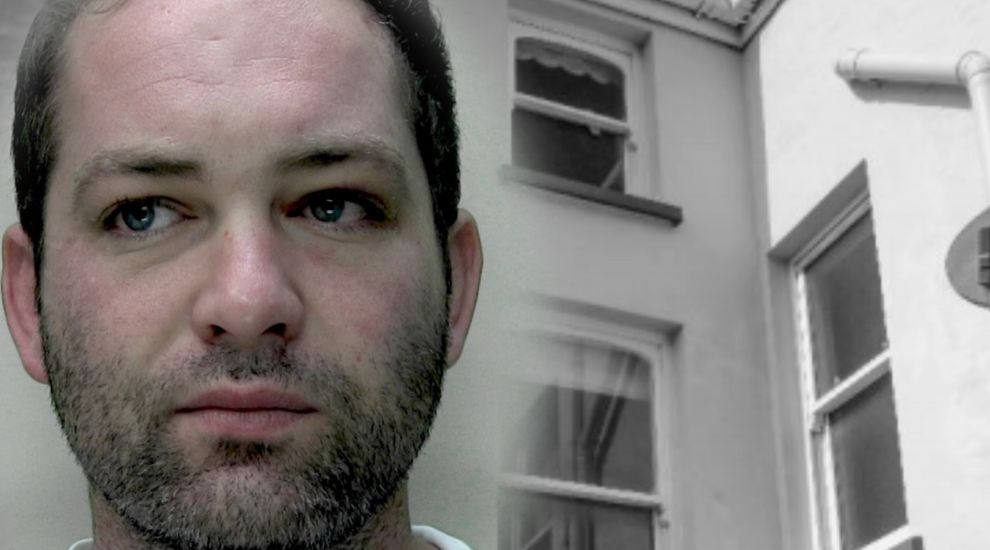 A 32-year-old man has been jailed for three years for nearly pushing a lone Police Officer out of a third-floor window and throwing away his radio so he couldn’t call for help.

The Royal Court heard yesterday that Douglas Raymond Ward’s attack last July left the officer – who had been unable to disable him with pepper spray – “scared for his life”.

Yesterday’s sentencing came nearly one year after the officer went to Mont Cochon property to deal with reports of a “disturbance”.

As he approached a screaming and shouting Ward on the top floor, the defendant was “straight in his face” asking who he was and referring to the PC as a “villain.”

The officer made a request for assistance through his radio - “he had never before felt the need to request urgent assistance so early in attendance,” Crown Advocate Rebecca Morley Kirk told the Court. 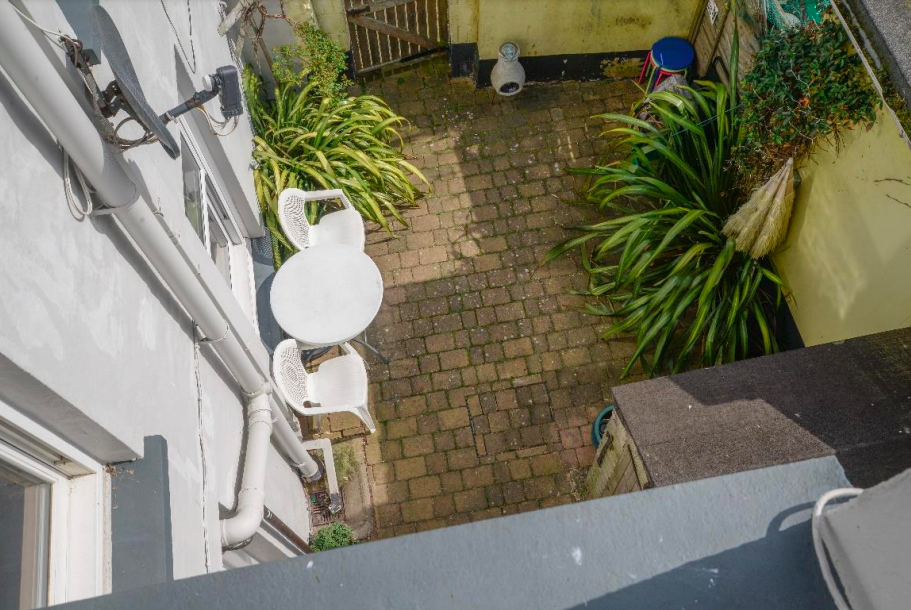 Pictured: The drop from the third-floor window.

Ward then pushed the officer downstairs, with the officer, who was “fearing another attack”, having to push him back.

Feeling “vulnerable due to being alone”, he made another urgent request for assistance, but due to the Defendant’s continued shouting, he was unable to hear whether the request was acknowledged by the Control room.

The struggle continued and the PC sprayed the defendant with PAVA spray, but this apparently had no effect, with Ward teasing the PC about whether he had anything which worked.

With Ward “sweating profusely”, the officer found it difficult to get a strong hold on him. Ward then ripped off the officer’s radio and threw it out of a window.

At this point, the officer felt “overpowered” by the defendant, “isolated and scared for his life.”

Ward threatened to bite the officer’s arm as he tried to hold him against a wall, then pushed him backwards towards the third-floor open window.

The PC was “half out the window” with Ward’s hands around his neck when a colleague finally arrived running upstairs just in time and managing to remove Ward, who had a “look of anger on his face.”

He then proceeded to resist arrest for the assault, ripping the second officer’s body camera from his stab vest, slapping his face and ripping the collar off his shirt while repeatedly shouting “Magna Carta”.

Two more officers arrived, with one attempting to use PAVA spray again with no effect. Ward spat at him, with the spit landing on his face. 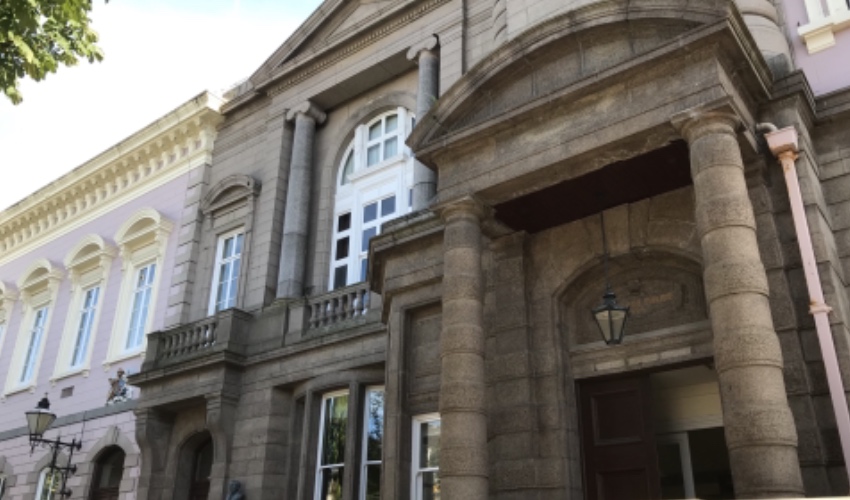 Pictured: Ward was sentenced yesterday in the Royal Court.

The Royal Court heard that the officer was left “feeling disgusted by this and concerned that the Defendant could have potentially infected him with a number of illnesses, including Coronavirus. Thankfully, this didn’t happen.”

When Ward was finally taken to Police headquarters, 23mg of MDMA was found in his card holder.

During his Police interview, he answered “no comment” to questions about the assaults, and was described as “behaving bizarrely” by “sitting on the floor, making silly comment.”

The interview was suspended, and he was interviewed the next day. On his spitting, he commented that viruses could only be transmitted by blood. On the topic of ripping an officer’s shirt, he was said to have “observed that shirts do not cost very much and went on to say that people like him, who pay social security and tax, pay for the equipment that the police use.”

He accused the Police officer he had pushed against the window of assaulting him instead, and “displayed no remorse.”

This assault came after Ward had already been arrested three weeks earlier in a violent struggle that took place in the area of Cheapside. Members of the public had called the police, concerned that he was under the influence of alcohol or drugs or suffering mental health issues, as he was waving his arms and repeatedly shouting.

It was so difficult to arrest Ward that a member of the public in the area who was a former prison officer, and his son, had to help. Ward also spat at the time, and had to have a spit hood put on.

He was assessed several times over a number of months for his mental fitness to plead in relation to the charges against him, which included grave and criminal assaults, resisting arrest, breaching the peace and causing malicious damage.

He was sentenced to three years’ imprisonment by the Superior Number – a panel of jurats who only assemble for the most serious cases – yesterday. The Deputy Bailiff, Robert MacRae, was presiding.

“The States of Jersey Police take a zero-tolorence approach to any violence towards their officers, who should be able to carry out their duties without being threatened or assaulted,” Chief Inspector Chris Beechey said after the sentencing.

“We’re grateful to the courts for providing a sentence that reflects the severity of this crime.”

Posted by Martin on Jun 27th, 2021
The numbers of Police Officers or lack thereof have "created" hundreds if not thousands of incidents like this WHERE if there were TWO officers they could deal with the person OR the offender does not bother as the outcome is sealed by the odds in favour of the Police!


YES it costs a wad to have more officers but this is NOT the 1st incident where a lone SoJP officer has run into trouble AND with low numbers there are few or NO Officers to back up!

I accept that SoJP are recruiting but they are also losing officers - to include officers of long service and of the rank of Sgt because there are better & safer jobs out there! Also new officers are in the main - not much use until at least 2 years service as there is a lot to learn!

I worked for Ess-o-Jay-pee for decades & whilst there were problems - as with any organisation - low staffing was not one of them & whilst I worked alone for 6 years as a motorcyclist there was ALWAYS good back up! That engenders great peace of mind!
To place a comment please login Login »