Looking back: Pirate's licence and teacups return after 100 years 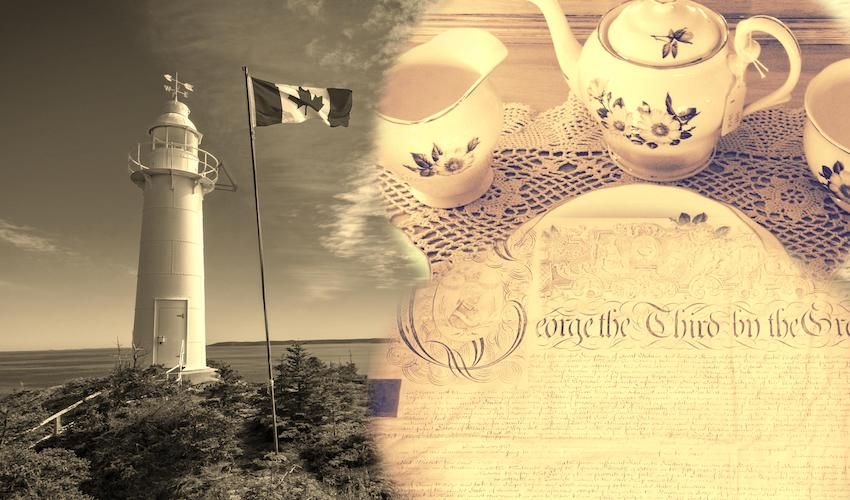 Looking back: Pirate's licence and teacups return after 100 years

A pirate's licence, and a silver tea set, belonging to an intrepid local cod seller have been returned to Jersey more than 100 years after he first set sail for Canada.

The items were the unlikely companions of Harry Wells Clément as he made the 3,000-mile journey from Jersey to Canada.

After a century away, they've now returned to the island following a donation from his last living relative.

Together, the items tell stories of the cod industry, an intrepid islander who uprooted his family and moved to the other side of the Atlantic, and his relatives, who led very different lives, as Jersey Heritage explained...

"Born in 1893, businessman Harry was the first from his family to live all-year round in Newfoundland, after he uprooted his family and moved to the other side of the Atlantic. 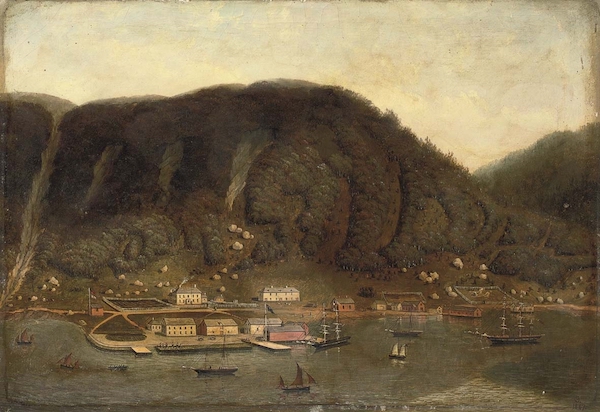 Pictured: The Jersey Harbour in Fortune bay painted by P.J. Ouless in 1867.

He was part of a long-standing tradition of Jersey fishermen who had been sailing to the easterly Canadian province for over 500 years. Their quarry was the Atlantic cod that moved into the shallower waters around the Newfoundland Banks and the Gulf of St. Lawrence. At first, this was a seasonal occupation but over time it led to long-term stays, and eventually settlements.

Harry was following in the footsteps of his father, John Henry Clément (b.1856), and his grandfather, Phillippe Clément (b.1819), who had established a salt cod and trading company, known in Jersey as ‘De Gruchy, Renouf, Clément & Co’, which was centred on the south shore in Burgeo, Newfoundland.

The company consisted of several schooners and warehouses with associated manufacturing and repair shops.  It traded fish and other goods, including molasses and olive oil, between the Caribbean and Portugal, and several locations along the shores of Newfoundland.

When Harry decided to make the permanent move to Burgeo, he packed up the house in Jersey and took with him furniture and effects that had belonged to his father, grandfather and uncles. 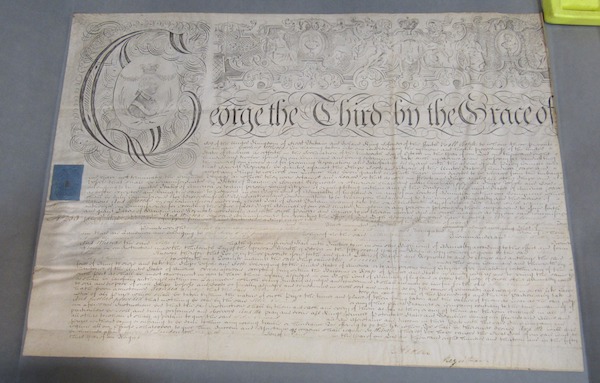 Amongst those belongings was the pirate’s licence, known as a Letter of Marque. It belonged to his great-great-uncle, Captain Pierre Clément, who is addressed in the document as ‘Commander in Chase of American Privateer off Cape Clear’.

The Marque is dated 7 May 1814 and gave him permission from the King, George III, to fit out an armed vessel and use it in the capture of enemy merchant shipping, and to commit acts that would otherwise have constituted piracy.

There was also a portrait of Captain Clément and a painting of his ship, the Venus. In contrast, the ornate tea service that Harry transported to Newfoundland had originally been given to his great-uncle, the Rev George Clément (b.1826), Rector of St Ouen, who, no doubt, led a quieter life to that of Capt Clément.

The ornate silver tea service that Harry transported to Newfoundland had originally been given to his great-uncle, the Rev George Clément (b.1826), Rector of St. Ouen, who, no doubt, led a quieter life to that of Capt. Clément.

These, and other belongings, were recently packed up into boxes and sent back to Jersey by Harry’s sole remaining ancestor, Miss Clément, who was clearing out the family home.

When she got in touch with Jersey Heritage to offer the family belongings to the collections, it quickly became apparent that logistically, it was much easier to take large pieces of furniture across the Atlantic Ocean when you owned your own fleet of ships!

Larger pieces of furniture have since found homes in private houses and museums in Canada. Along with the paintings, the tea service and pirate’s licence, Jersey Heritage has welcomed three early 19th century swords, some family papers and photographs, and a collection of lovely pencil drawings done by Philip Thomas Clément, dated 1864 to 1870."

This story was told as part of Express's 'Looking Back' series in collaboration with Jersey Heritage. To uncover more stories like this, visit the Jersey Archive.

To learn more about the cod industry in Canada, as well as other industries taken up by islanders, visit the section ‘A Prosperous Island’ of The Story of Jersey at Jersey Museum & Art Gallery.

Sisters doing it for themselves!