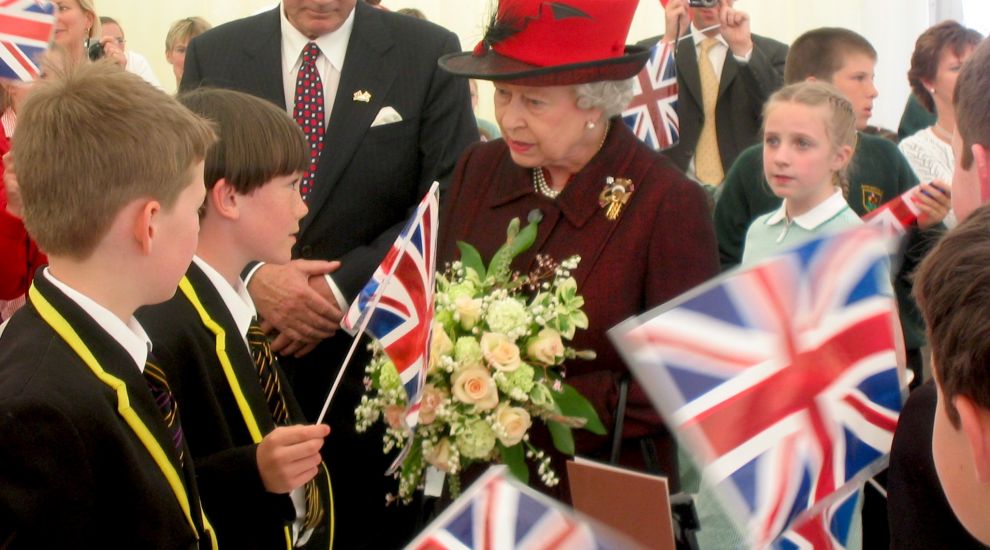 The Queen’s sixth and final visit to the island in 2005 was in many respects the most poignant, being arranged to coincide with the 60th anniversary of the Liberation. There was evidence of real empathy.

Over the past week, Express has been looking into each of Her Majesty's visits to Jersey.

The Queen had lived through the Second World War and her first visit to Jersey had been just four years after the Occupation. She was now 79 years old, had been Queen for 53 years, and was a mother and grandmother (she became a great grandmother for the first time in 2010).

During her reign, the role of the monarchy had had to adapt to survive. She seemed to have taken it all stoically. Even critics opposed to royalty begrudgingly had to admit admiring her sense of duty.

An impending sense of the passing of a generation 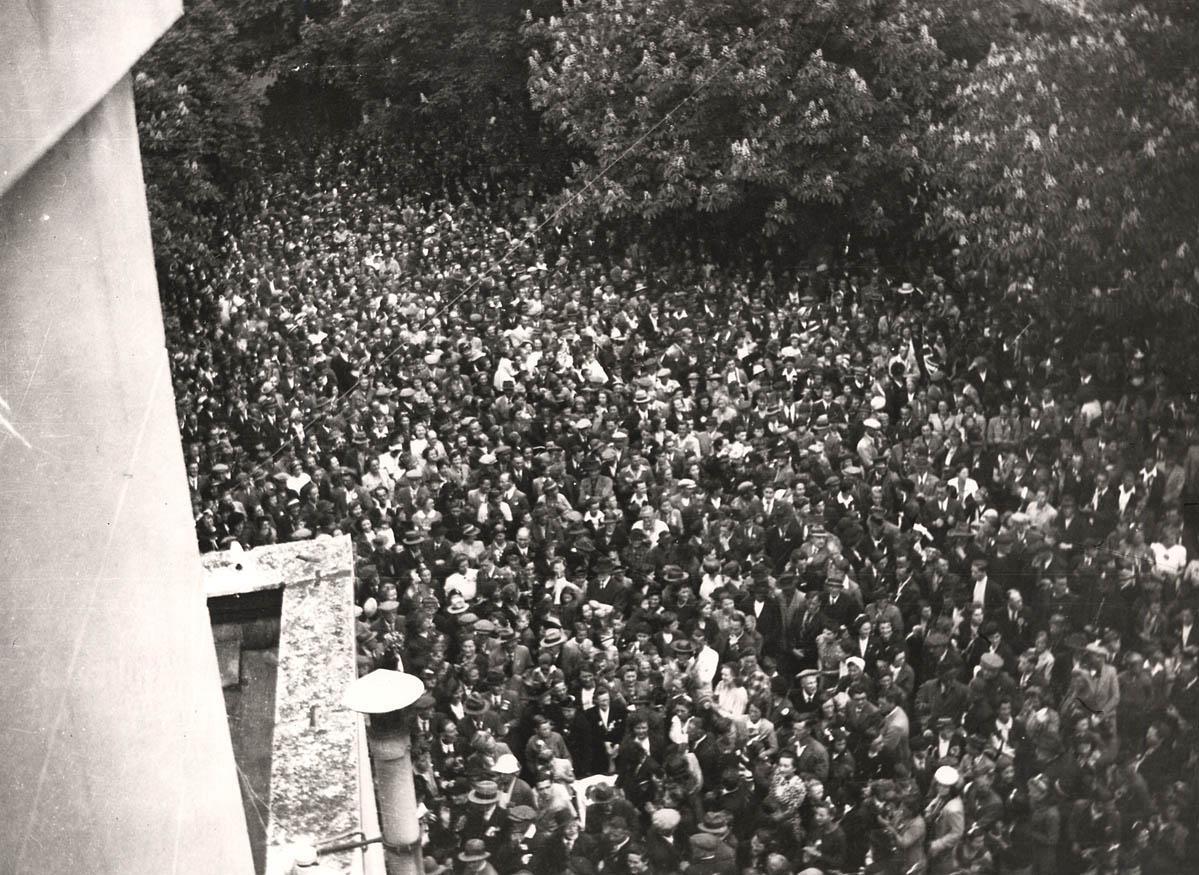 Pictured: The visit was timed to coincide with the 60th anniversary of Liberation Day.

Locally, supporters, many of whom only born after she had come to the throne, talked about this probably being her last visit to the island, adding to the impending sense of the passing of a generation.

The Royal Flight touched down at Jersey Airport just after 15:00 on 9 May and taxied to Aviation Beauport. There to greet her, as ever, the Island’s Lieutenant Governor, and the Bailiff – this time round, Air Chief Marshal Sir John Cheshire and Sir Philip Bailhache.

The Queen and the Duke were then whisked by a green Range Rover along Victoria Avenue, up the Esplanade, before finally pulling up in front of the Pomme d’Or Hotel.

More than 3,000 islanders had packed into Liberation Square to experience the usual festivities including the Liberation re-enactment and the hoisting of the Union flag. More watched from specially erected large screens.

In her speech, the Queen noted “how impressed [she] was, when [she] first visited the island after the war in 1949, to discover how quickly you were putting those times behind you, and am pleased to see how the special privileges and autonomy granted to the island by the Crown so many centuries ago have formed the basis of the successful island in which you live today”.

Then, in what had become a hallmark of more recent visits, the Queen and Duke spent 15 minutes informally chatting to various islanders.

A trip down memory lane

Amongst them was 70-year-old Walker Labey, who told the Queen that exactly 60 years ago aged 10 he had been in Liberation Square to welcome the troops ashore. His wife, Marion, added that she had also been there, but being younger than her husband had been taken there on her father’s shoulders!

And, for the third time on a Jersey visit, the Queen was presented to Anne Perchard. She had been 13 when the Liberation happened.

Also presented to the Queen were 95-year-old Phyllis Le Druillenec.

Her husband, Harold, had been deported to a German concentration camp during the Occupation for helping hide slave workers.

The Queen also met Ronald MacDonald, the first of the Liberators to step ashore. 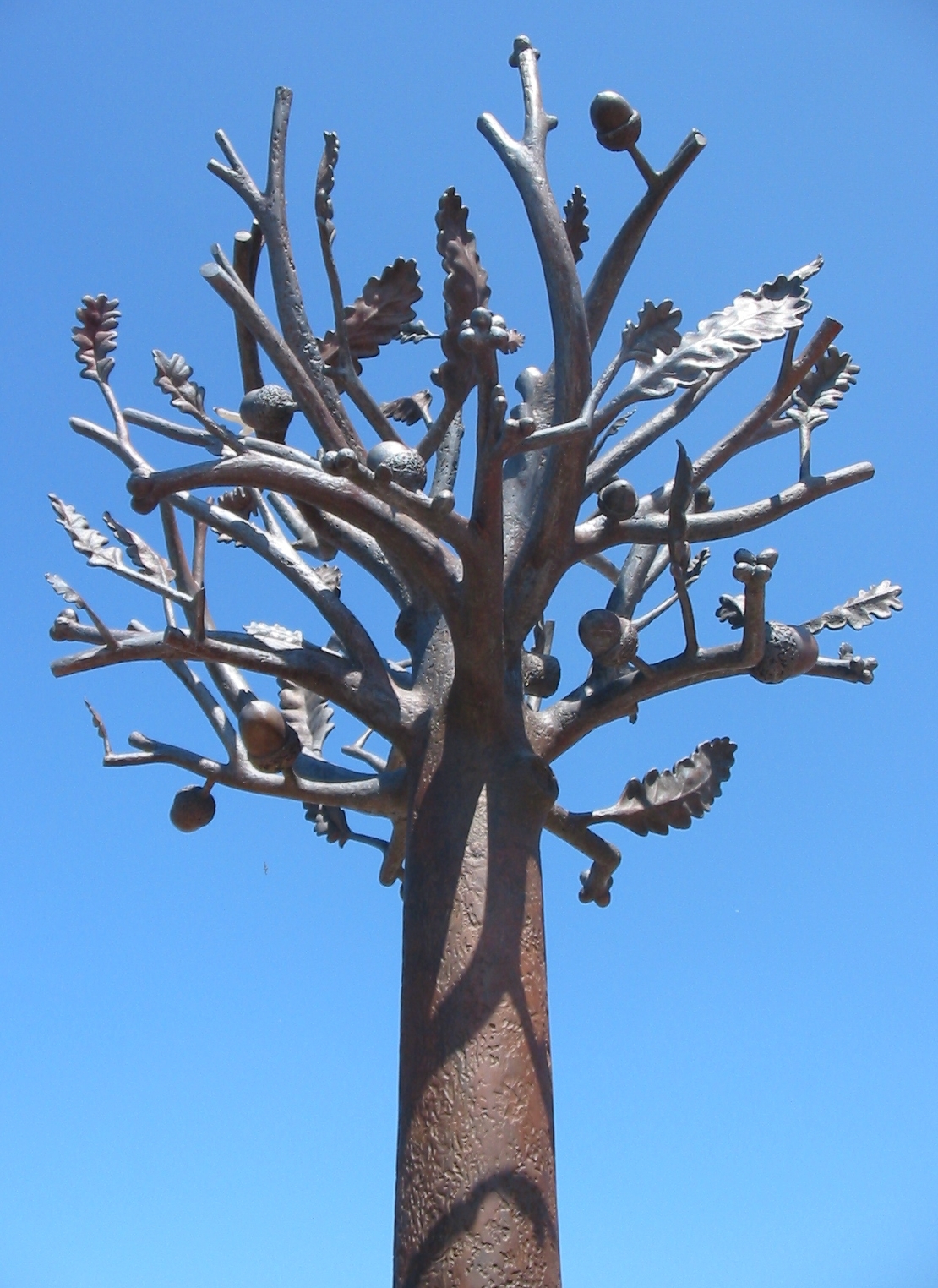 Pictured: The Freedom Tree was also created by Richard Perry and unveiled by Her Majesty on the 60th anniversary of the island's liberation from Nazi rule. (Man Vyi)

Next on the agenda was the unveiling of the newly commissioned £150,000 six-metre-high Freedom Tree, at the base of the Elizabeth Marina, and from there a 174-yard walk to Les Jardins de la Mer to attend a children’s tea party.

This walk was yet another opportunity for the public to meet the visitors, and the Queen and Duke stopped to chat to so many people that by the time they reached the Jersey Electricity-sponsored party, they were more than 20 minutes behind schedule.

More than 600 primary school children had been chosen to attend.

The venue for that evening’s reception and special dinner was a return to the Grand Hotel, where she and her husband had been entertained on their very first visit back in 1949.

After the meal, Sir Philip presented the Queen with a bound copy of a new States-commissioned history of the Occupation by Dr Paul Saunders. According to Sir Philip, unlike some more sensational books of recent times, this new one did “justice to the facts”.

Going out with a bang

The evening finished with a massive fireworks display.

Without the use of Britannia to act as a ‘hotel’ – she had been decommissioned in 1997 – the couple stayed overnight at Government House, and flew out of the island the following morning.