“I decided alcohol had no place for me at the moment" 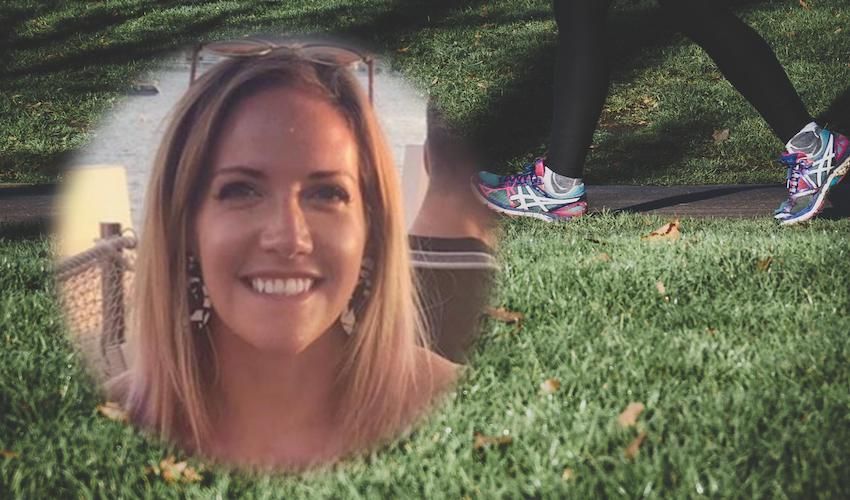 “I decided alcohol had no place for me at the moment"

A 31-year-old islander who got sober after noticing the effect alcohol had on her mental health has introduced 'Sober Sunday Strolls,' and is hoping to convince others to be more mindful about their drinking habits.

Jenny Browne stopped drinking in September and has been sharing her journey on social media, inviting others to join her on ‘Sober Sunday Strolls’.

She decided to go tee-total after noticing how alcohol affected her mental health and realising, she drank more out of habit than by choice.

Pictured: Jenny has been sharing her journey on instagram under the name @soberjerseygirl.

Jenny says that while she has always had mental health problems – she was first diagnosed with depression while at university at the age of 18 – they got progressively worse the more she drank.

Whilst at uni, Jenny was drinking nearly every day as student nights kept rolling in and she noticed her mental health started “getting down and down.” Things got better when Jenny returned to the island after finishing university and got into a full-time job. “I went back to ‘weekend drinking’,” Jenny said. “Everything seemed to be on the level, I managed my mental health problem.”

Last year, a break-up, a series of 30th birthdays and hen do's and changes in her training habits saw Jenny’s drinking increase again. “Every weekend there seemed to be a party or a reason to celebrate,” Jenny said. “… Weekends started on a Thursday. On the Monday, I would feel strung out, hungover. I was falling into a cycle and my mental health was going down again.”

After blacking out at home at the end of a hen do in mid-July, Jenny woke up “determined I was going to take my own life.” She eventually got around to the idea that it was not the only option for her, and decided to stop drinking.

Seeing her mental health nosedive after another hen do party and a weekend night out, during which she didn’t drink to excess, Jenny decided she had enough and stopped drinking just over 50 days ago, on 15 September.

“I decided alcohol had no place for me at the moment,” Jenny explained. “I have tried to be more intuitive as to why I was having a drink. I made a deal with myself I would only have a drink if I was happy… It was just about having a time off and listening to what my body wants and needs.”

So I’m at that stage where I am super comfortable telling people I know about my sobriety but not really sure how to approach it with strangers? I’m a relatively open person and clearly by this Instagram account will willing share my experiences and difficulties to help others. But is there a stage when it’s TMI? For example does a casual first introduction at a social occasion where there is alcohol and I’m not drinking require a ‘I don’t drink because....’ or just ‘I don’t drink’? At my age people automatically assume your pregnant and que awkward I’m single convo! Help me out people how do you answer the question ‘why aren’t you drinking?’ #sober #nevertolate #recovery #journey #soberjerseygirl #hope #selfdevelopment #kindness #selflove #mindfulness

Jenny has been sharing her journey on Instagram. Initially she did so anonymously, posting only under the name of the page ‘Soberjerseygirl’ but she has since decided to identify herself in the post, which has made the conversation easier with her friends as it saves her having to explain why she is not drinking.

Most of her family and friends have been very supportive of her choices, but Jenny admits some just don’t get it. “People call me boring, but I am much more present,” she said.

“I can remember the whole night now and I can function on a Sunday. I can walk, do yoga…

“My weekends used to be spent drinking, out of habit not necessary by choice. I am a lot more mindful of what is going on around me.”

“You do not have to be an alcoholic to have an issue with alcohol,” Jenny stresses. “Issues can start way earlier than that… I cut down the amount I was drinking and after seeing the benefits, my mental health is better, I stopped self-harming, it’s just safer not do it.”

While she has gone tee-total, Jenny is not encouraging everyone to do the same. She however wishes people would think before they drink. “I want people to be a bit more mindful about why they drink, the negatives outweigh the positives. We drink out of habit more often than not.”

A number of people have reached out to Jenny to say how her posts have been helpful and how inspiring her honesty has been. “There is a community celebrating being sober,” Jenny said.

She recently decided to set up ‘Sunday Sober Strolls’ to give herself and others something to do on a Sunday. “I was feeling a bit low, isolated and lonely on a Sunday,” she said. “I just randomly put it out there asking people if there would be an interest in a walk on a Sunday afternoon. 10 people came out, it was incredible! I was really humbled! It was nice to know I was not alone.”

Jenny will be having her third “Sunday Sober Stroll” this weekend at 12:00 at Queen’s Valley. In the future, she is hoping to introduce sober events to give people an alternative to the boozy activities.

“There’s lots to do that involves drinking but there is nothing that does not involve drinking, unless you are in a group or play sports,” she explained. “I want something where people can celebrate sobriety rather than help address it. I want to provide people with a space where they do not have to worry about alcohol being an option.”