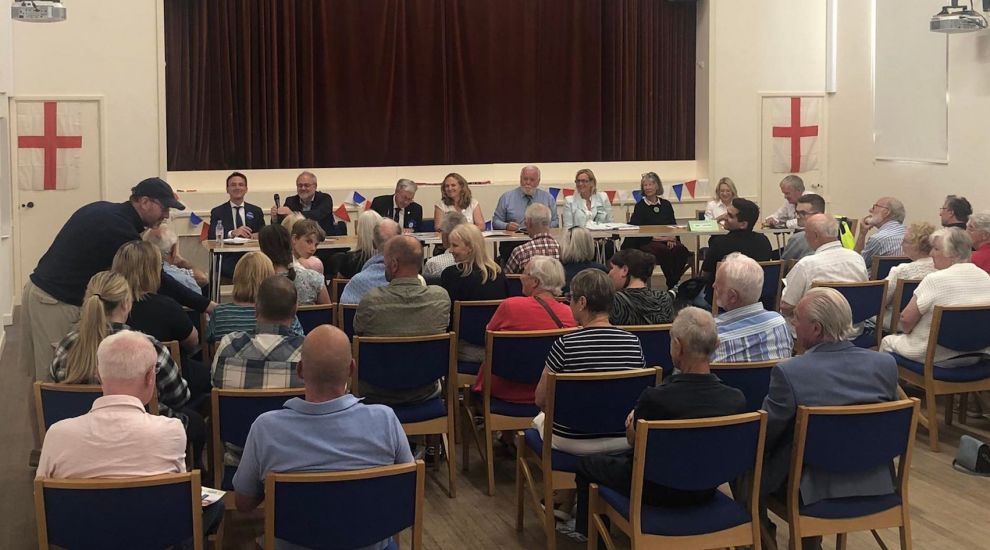 On a sunny Tuesday evening, there are many delightful things to be doing in Jersey… taking a walk along the Avenue, going for a swim in the sea, or watching the sunset with a pint in hand.

However, approximately 60 parishioners of St. John, St. Lawrence and Trinity decided that the best way to make the most of the 24°C weather was to sit indoors and listen to their election candidates talk for an hour-and-a-half.

The scene upon entering St. Matthew’s Glass Church Hall was not particularly uplifting, considering that every sliver of natural light had been shut out with blinds covering all of the windows.

One may initially assume that this was to keep the hall cool and shaded, however it also had the added bonus of ensuring that none of the audience members had the opportunity to stare wistfully out of the windows at the blue sky and vibrant sunset and wish that they had spent their evening literally anywhere else. 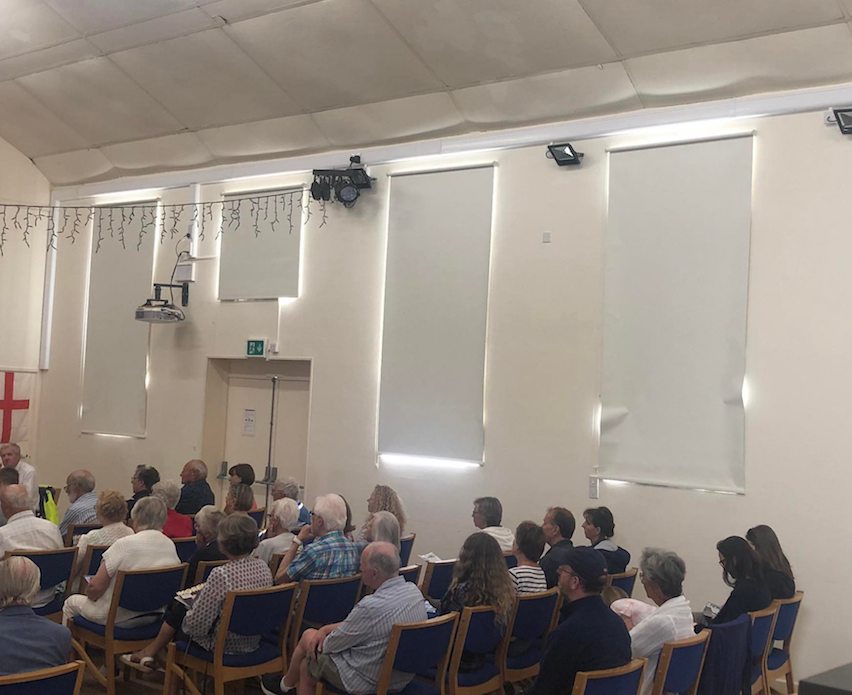 Pictured: The blinds inside the church hall were firmly closed.

The evening opened with compère Mike Hayden informing each candidate that they would have two minutes to give an opening speech.

This was supposed to establish an overview of their political priorities but instead just established who was capable of using the challenging piece of technology that is a microphone.

Serving Deputy of St. Lawrence, Kirsten Morel, spoke first and seemed to decide that the people at the back of the room didn’t need to hear what he had to say, proclaiming: “I prefer not to use the mic if possible.” It appeared that he might possibly have a bad history with that particular microphone, which for some reason made a loud screaming noise every time he went near it.

St. Lawrence's other representative, Gregory Guida, spoke next and also seemed to decide that he was opposed to using the microphone. His joke about having to defend Jersey against his home nation of France last year received very few laughs, but it was not apparent whether this was because most of the audience couldn’t hear it or that they simply didn’t find it funny. 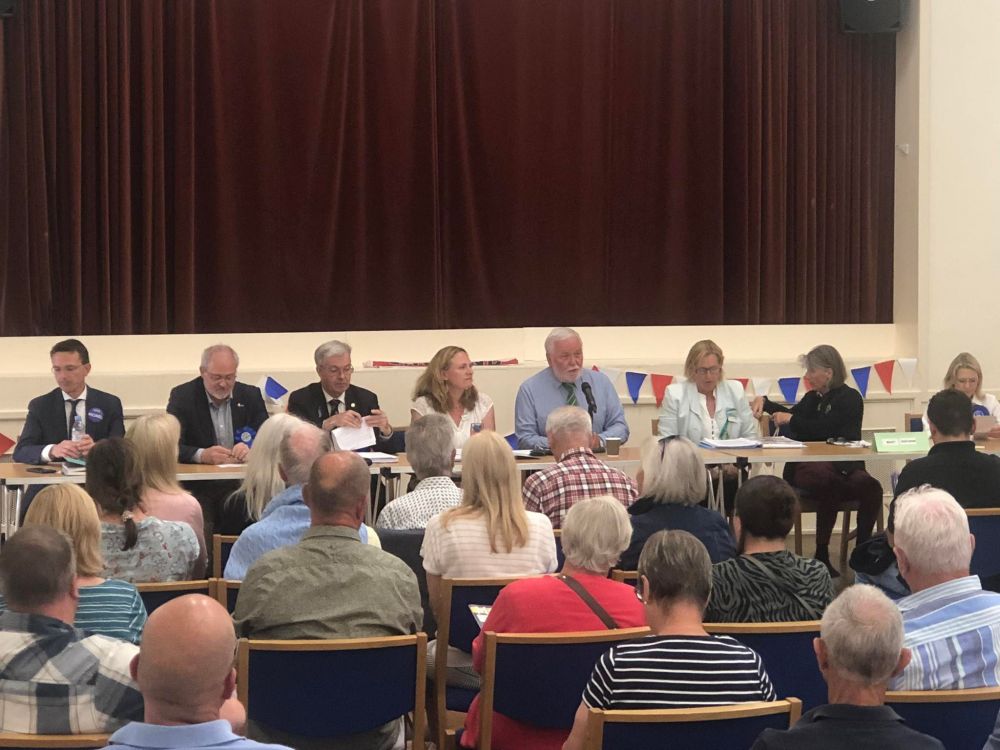 There was visible relief when Senator John Le Fondré spoke and actually appeared to know how to use a microphone correctly – perhaps one of the valuable skills he learnt in his four years as Chief Minister. Unsurprisingly, everyone’s favourite word – "unprecedented" – appeared within the first 10 seconds of him speaking and continued to do so throughout the evening.

Former Viscount Elaine Millar made a joke about her petite stature allowing her to be closer to the microphone and, moments later, Andy Howell performed a literal mic drop. Although seemingly inadvertent, this was accidentally very well-timed and happened right at the end of her statement that “morale is really low at the moment, and that need to be changed”.

This received one of the loudest rounds of applause of the whole evening, and this correspondent was momentarily excited by the prospect of a rap battle breaking out between the candidates. This excitement was quickly quelled by Mary Venturini launching into a speech about her favourite topic: the hospital.

Predictably, this was one of the recurring issues of the evening alongside cost of living, housing, jobs, and the state of the current government.

In fact, it appeared that even some of the specific questions were predictable, with Hilary Jeune telling an impassioned audience member that she actually still had her notes from all of the previous times that he had asked that very same question. 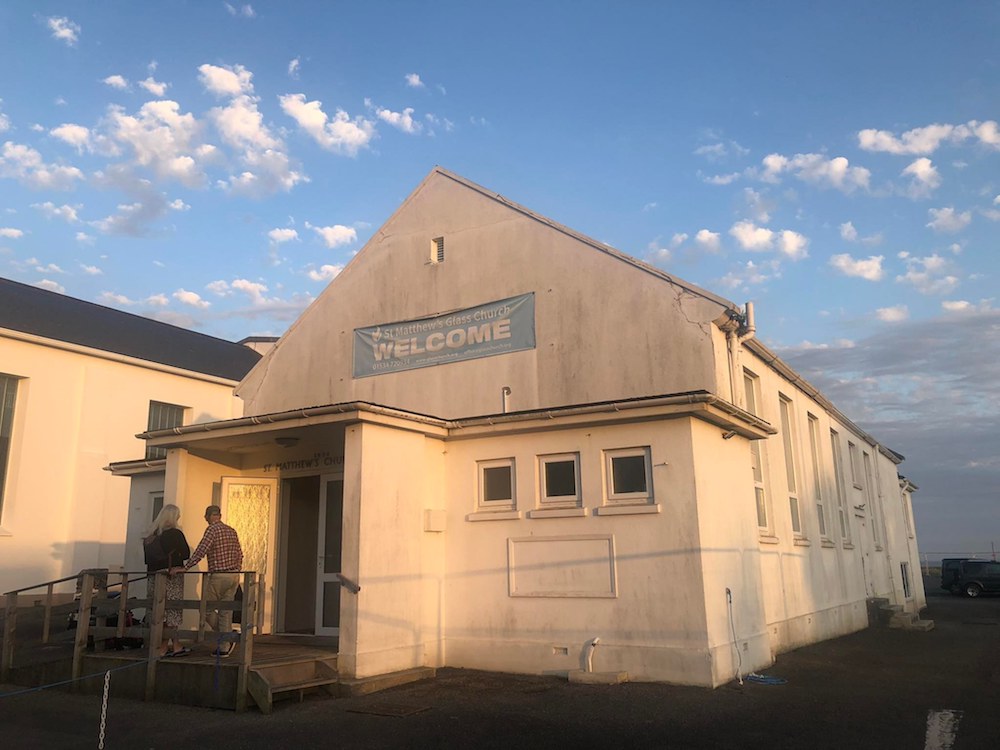 Pictured: It was a beautiful evening outside of the confines of the church hall.

Mike Hayden’s phone alarm went off at 8pm and, to much confusion, he announced that it was the end of the hustings. This sparked the most heated debate of the evening, with the candidates arguing over whether the planned end time was supposed to be 8:30pm or 9pm. The crowd even got involved, with one person shouting: “You’ve got four years to go, surely you can do another hour!”

Not a single person appeared to agree with host Mike Hayden that the end time was meant to be 8pm, leaving this correspondent with a sneaking suspicion that he really just wanted to give himself enough time to get home and settled down to watch Love Island at 9pm.

It was decided that the hustings would continue for another half-hour, which passed relatively uneventfully. The candidates all generally seemed to agree that Jersey should use fewer UK consultants, review the Ministerial government format, educate young people in trades as well as finance, refurbish the Highlands College building, and care for our ageing population.

When asked about engaging young people in politics, all of the candidates’ answers suggested that they thought that young people were actually more engaged than people realised. This was an interesting stance to take considering that there was a grand total of three people in the audience who appeared to be under the age of 50, and one of them was your dear Express correspondent (who doesn’t even live in the constituency). 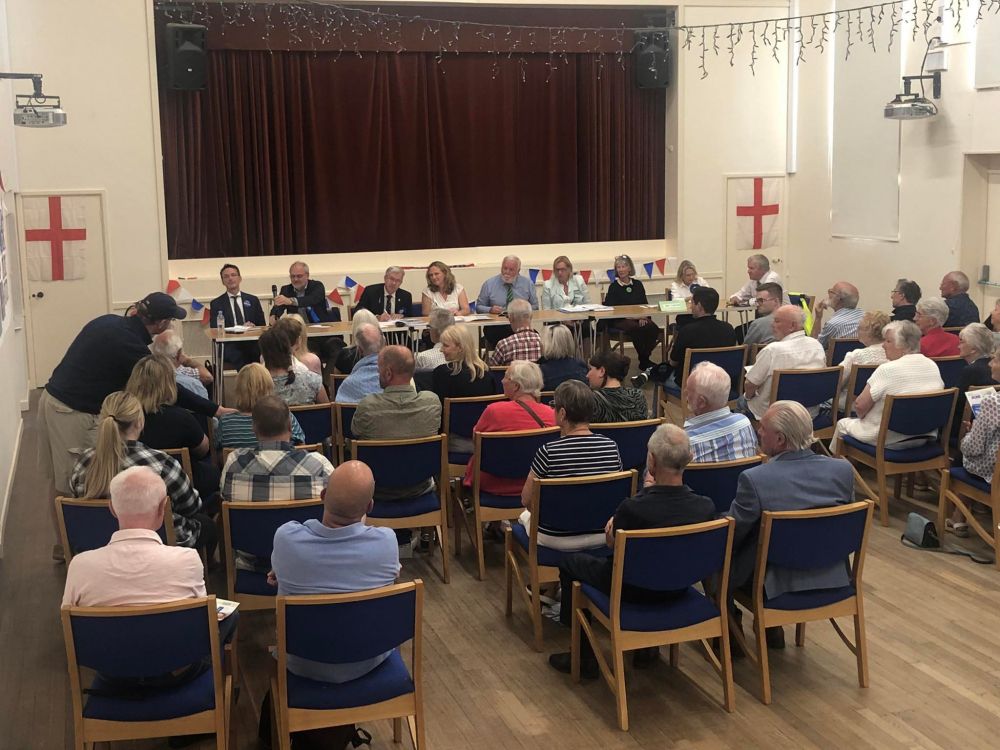 Pictured: The hall was full... although not of young people.

John Le Fondré deflected the audience member’s question by quipping that “the former Education Minister is actually sat three rows behind you”, while fellow Alliance party member Gregory Guida finally got his laugh after admitting: “I knew something weird was going on when my electrician started charging more than my lawyer!”

Mary Venturini also suggested that she might be interested in training as a stonemason, so we know where to keep an eye out for her if she isn’t elected.

The evening came to a close shortly after 8:30pm, thankfully giving Mike Hayden just enough time to get home before the beginning of Love Island.

Posted by Scott Mills on Jun 16th, 2022
I agree..better to take the mic
To place a comment please login Login »