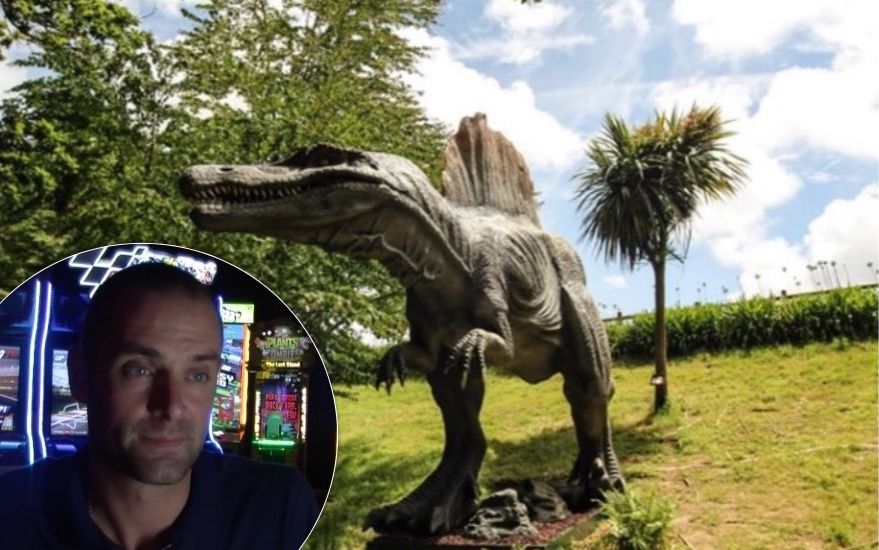 A public inquiry has opened into plans to build a luxury holiday village at Tamba Park, which some nearby residents have branded as a “slippery slope” to more development.

Advocate Hiren Mistry, who lives by the park, went to the first day of the public hearing yesterday to express his concerns, and those of a number of neighbours, to the plans.

Advocate Mistry told Express the application for 27 self-catering units goes against the Island Plan which is “not something that should be dispensed of just because someone has a great idea.”

He added: “I think it’s a slippery slope to more and more development if you permit certain developments to go on unused glasshouses… if you permit for one greenhouse to be built on, it will have a knock on effect. I think that’s one of the concerns, secondly the whole area is called Retreat Farm for a reason it was not ever intended to be a tourist attraction.”

Pictured: Planning approval is being sought after to develop a holiday village on the site of Tamba Park (Google Maps).

The owner of Tamba Park, Jonathan Ruff, has submitted plans to transform a part of the dinosaur park, which is situated on the border between St. Lawrence and St. Mary, into a holiday village under the company JAJ Properties Limited. He wants to demolish disused glasshouses including a packing station and box-making factory and replace them with 13 two-bedroom and 14 three-bedroom self-catering lodges as well as four ancillary buildings. The planning application also includes constructing 228 new car parking spaces for Tamba Park and the holiday homes and widening ‘La Rue de la Frontiere’ to accommodate increased traffic in the area – another concern highlighted by Advocate Mistry.

Mr Ruff also has a second application to build a four-bedroom home, garage and swimming pool for himself, which is also being considered by the Independent Planning Inspector Graham Self.

Speaking on behalf of Mr Ruff, Christian Zwart told Mr Self that the green zone earmarked for the development is currently unfit for agricultural use. Mr Zwart also explained that the lodges would be built to a high environmental standard with a locally appropriate design.

"The Applicant, Mr Ruff, is uniquely placed to ensure co-ordination of the comprehensive programme of environmental improvements, including the transfer of private land to public highway use, and drainage infrastructure, and to guarantee delivery of the same by means of all encompassing planning obligations." 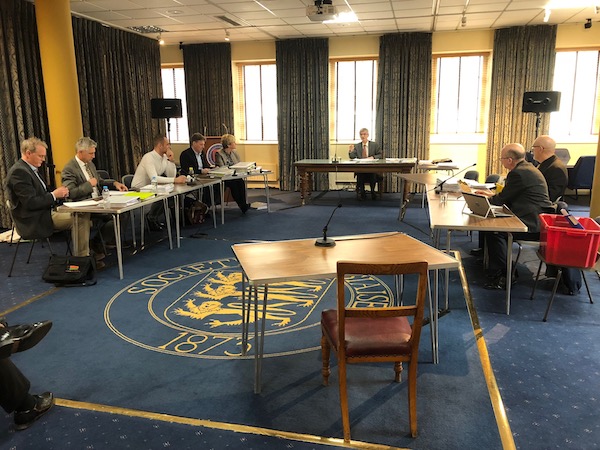 But Advocate Mistry believes this is just the first phase of a much bigger plan saying: “What’s to say in a year or two when [he realises] there’s no money in it but the value is in the re-designated land - which will make it easier to build houses as dwelling houses are already permitted on a green zone. I think that’s what we fear, that this is just a back way of doing this.”

The Planning Inspector visited the site yesterday and will continue to hear from the applicant, planning department officers and members of the public at the Société Jersiaise, where the inquiry is expected to last for the next few days.

Mr Self will write a report and recommendations to the Environment Minister, Deputy Steve Luce, who called for the public inquiry as it would be a “significant departure from the Island Plan” if the development goes ahead.

Posted by William Boyd on Feb 20th, 2018
Ah, the age old cry from the idyllic country parishes "don't put it here". I wonder how many of them drive into St Helier every morning to work in one of the many office developments in town? "Stick it all in St Helier" that is their mantra. Here's a thought, town will swap you Tamba Park for the new hospital - yes, no? Didn't think so.
To place a comment please login Login »