WATCH: Meet the murals and their makers 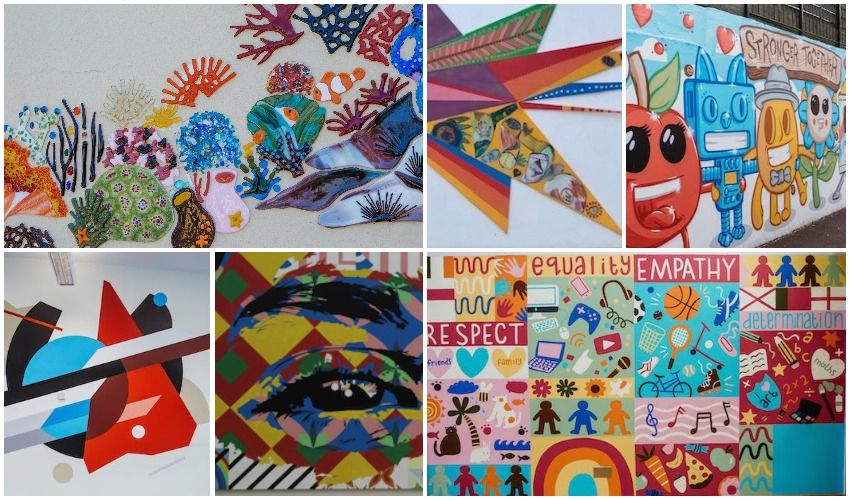 WATCH: Meet the murals and their makers

As local schoolchildren get ready to return to class this week, Express checked out the brand new murals that will be accompanying them this year, created with the help of local and international artists.

The Skipton School Mural project saw 13 local and two international artists work with around 700 local children to create a unique design for every school involved in the project.

The project was a new incarnation of a previous ArtHouse Jersey venture where three local artists - Ben Robertson, Abi Overland and Will Bertram - were commissioned to produce public murals in town.

But this was, by far, its biggest to date.

Video: A roundup of all the murals created this year. (ArtHouse Jersey)

Throughout the spring term, artists delivered workshops in the schools, using their ideas as the basis for the murals - each of which were unveiled to students, parents and teachers in a special ceremony - one of which involved local rapper and spoken word artist Christian Foley.

Katy Martin, a Year 2 Teacher at Grand Vaux, said: "It was inspiring to be in the workshop with Lauren [Radley] and great to raise the profile of art. The project has been a massive success and we have been honoured to have taken part." 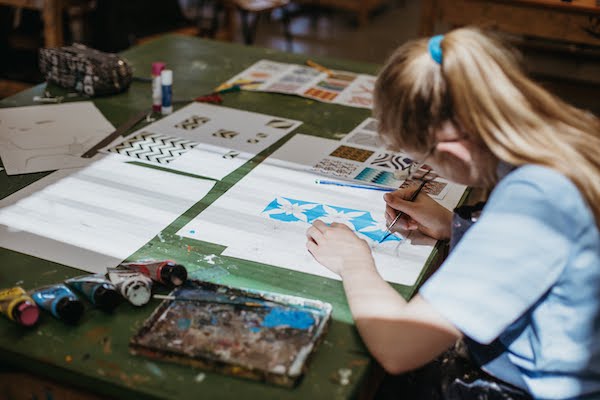 Pictured: The artists used the designs created by the students to form the basis of the murals.

Sponsors Skipton International also enjoyed taking part in the project and even enrolled one of the artists involved - Gabriella Street - to put some colour into their offices.

"From teachers to pupils, parents to the artists themselves, I think everyone has come away with a wider understanding of how impactful art can be upon the community and how great it is as an educational tool for young minds," the firm's Commercial Manager, Aaron Walden, said.

Discover the murals below... 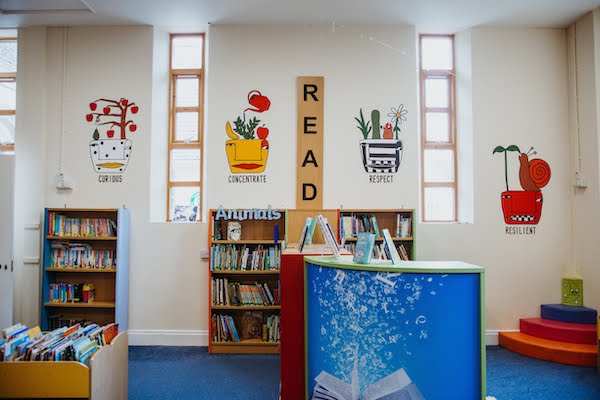 Painter and drawer Amy Dorey worked with children at Trinity School to create a ‘Mindful Garden’ in their library room.

Her workshop focused on the importance of looking after our minds and mental health, as well as values such as respect, curiosity, resilience and concentration, which she described as "seeds in our minds that can nurtured." 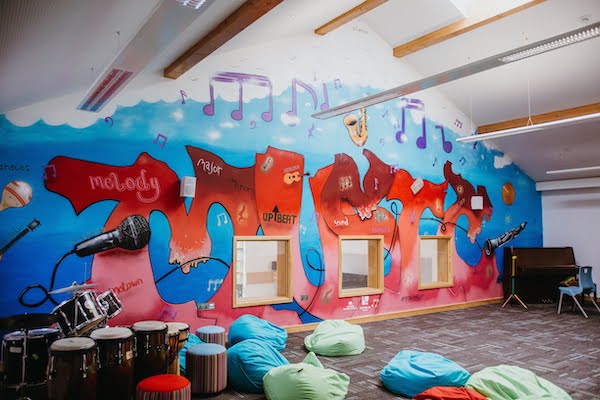 Ben’s mural adorns a wall in the music room on the theme of... ‘music’ in a traditional graffiti style.

During his workshop, Ben taught students about graffiti art, focusing on areas like lettering, which is synonymous with the style. 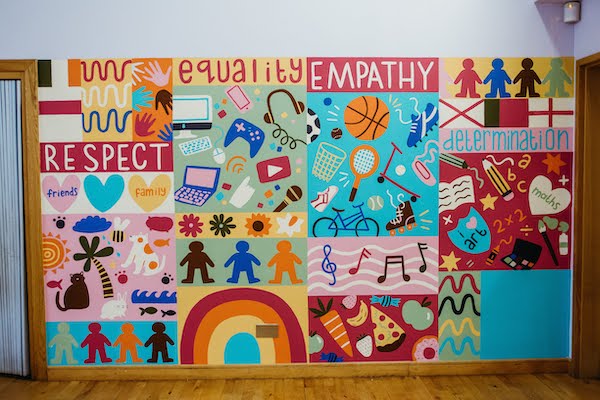 Illustratror Lauren Radley encouraged children to think about who they are as individuals and what’s important to them as a community during her workshop.

She then used the children’s ideas and illustrations as inspiration for this jigsaw-like mural that reflects the school as a whole, as well as the individual interests and personalities of each child. 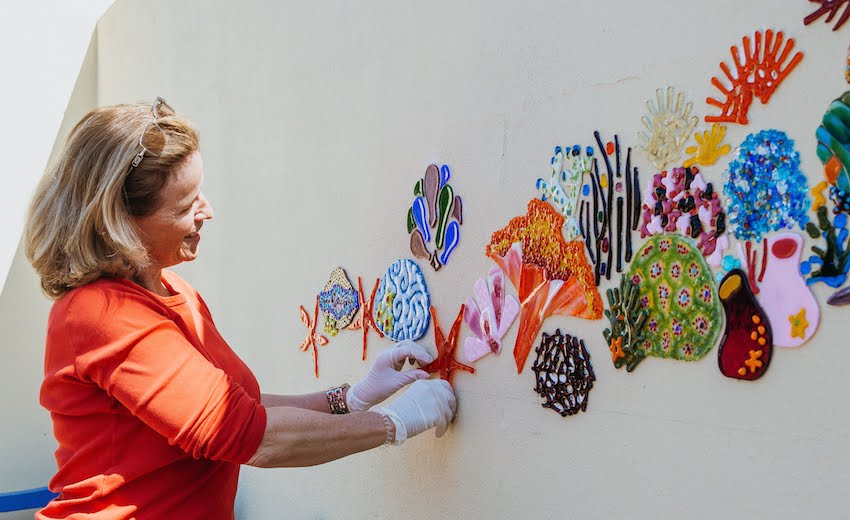 Clare’s workshop with VCP students focused on getting the boys to design an underwater landscape.

The glass artist helped  students design their own coral reef and sea life which Clare used as the basis for a unique sea-themed mural made entirely out of bespoke glass pieces. 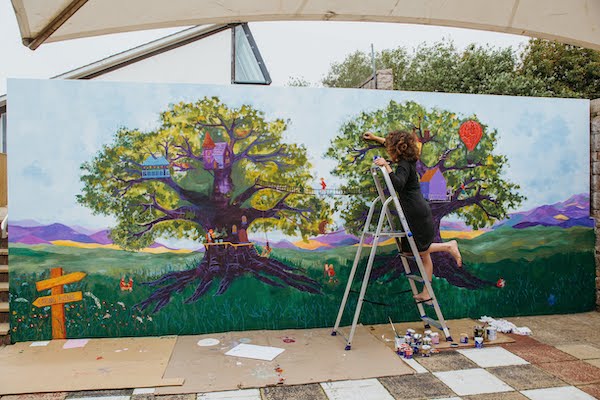 Known for her ethereal collages, Eliza asked children at JCP to open their eyes wide to appreciate the details of the world.

Drawing inspiration from the girls’ drawings, she created an idyllic ‘community’ scene, which incorporated a collection of unique treehouses and characters reflecting the school’s ethos. 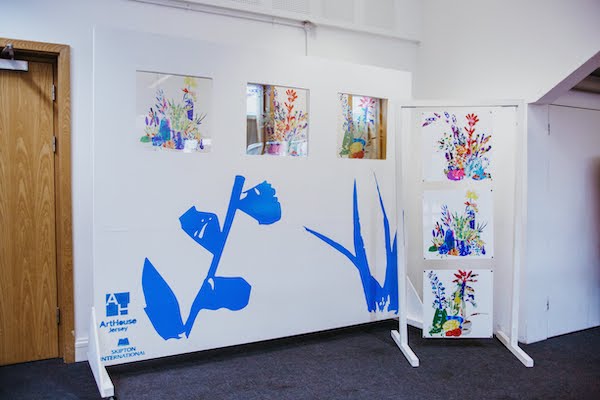 Lulu, whose clever sculptures exist somewhere between 2D and 3D, worked with students from Hautlieu School to create still life collages of flower and plant life using paper that they had made themselves using marbling techniques.

The designs created by the students adorn two movable displays, which can be relocated around the school and create a stained glass effect. 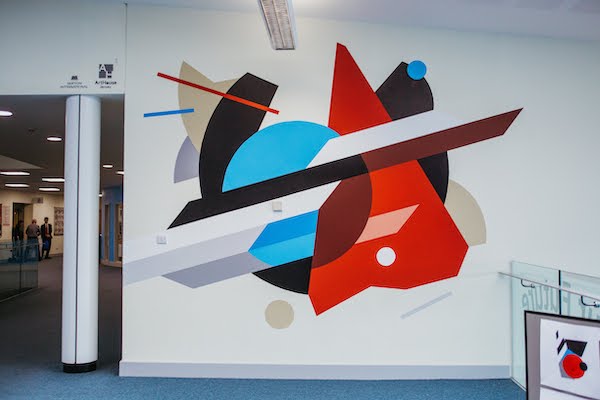 Visiting artist Mark McClure, who has exhibited widely in the UK and internationally and has created murals for locations including London’s Olympic Stadium Park, showed students the secrets of his signature bold, geometric style of art informed by his background in graphic design.

Mark also encouraged students to explore the use of shapes and colour to create expressive and unique designs from a shared starting point. 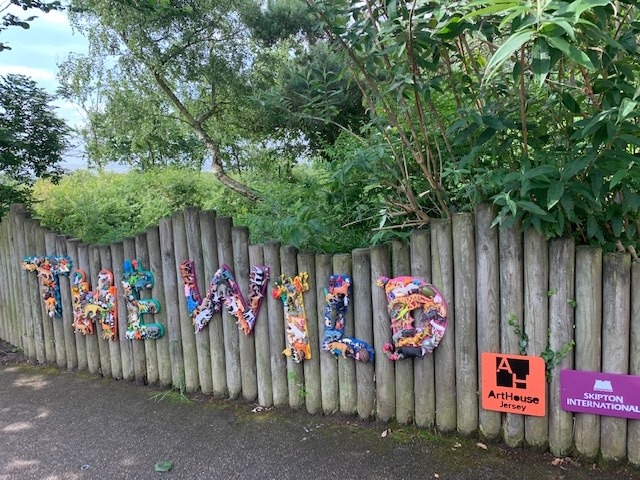 The final product, which has been fixed on a fence, incorporates animal toys stuck on animal-shaped letters. 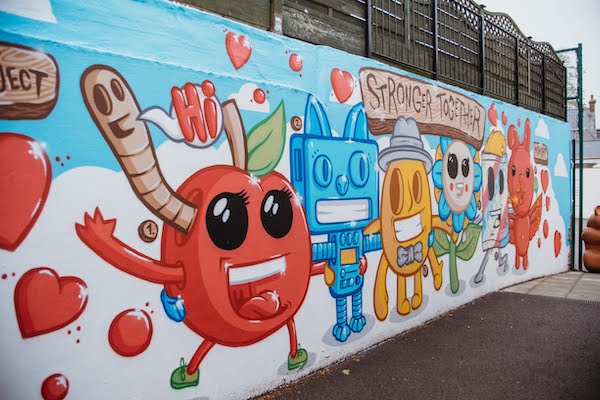 James Carter’s workshop was based around the themes of inclusion, integrity, friendship and relationships.

His mural incorporated imaginative character designs created by the children - including a robot cat, a potato, a rabbit breathing fire and a bag of crisps - under the heading ‘Stronger Together'. 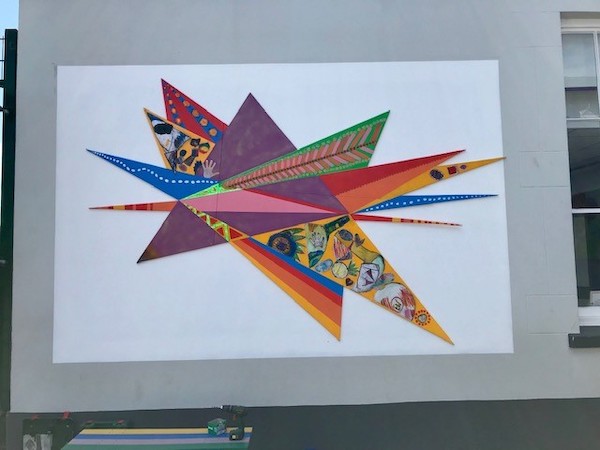 Artist and Mencap art tutor Karen Allenet gave children at St. Saviour's the freedom to express themselves, have fun and to see how working together can bring change and new ideas, to create the mural design.

Incorporating bright splashes of colours and different partners, the finished artwork resembles a colourful explosion on the school's walls.

Gabriella Street said she had been inspired by Grouville School receiving the Unicef Rights Respecting Schools Award - a programme that with schools to create safe and inspiring places to learn.

She used all the values the children had learned - about how to be respectful to others as well as themselves - as a foundation for her design, creating a diverse, colourful, energetic collage. 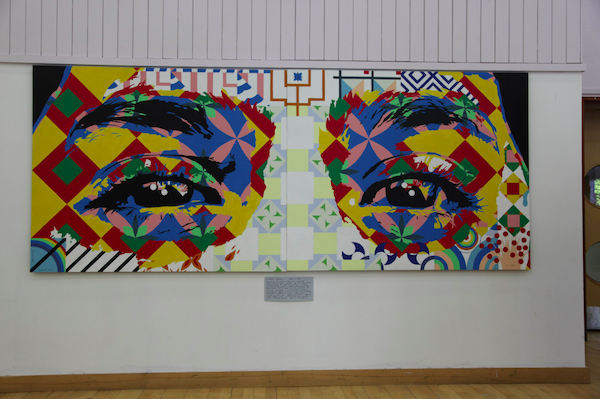 He encouraged students at Grainville to create designs that reflected their personalities. 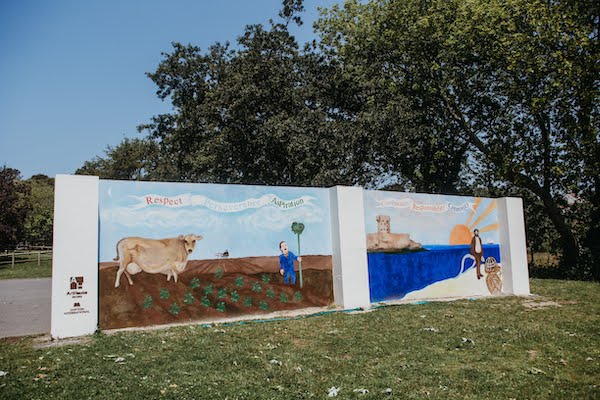 The mural created by printmaker Tim Le Breuilly is "fairly traditional", with one panel paying homage to the local farming industry and the other to the fishing industry.

It also includes banners featuring the school's ethos with words such as 'respect', 'perseverance', 'aspiration' and 'responsibility'. 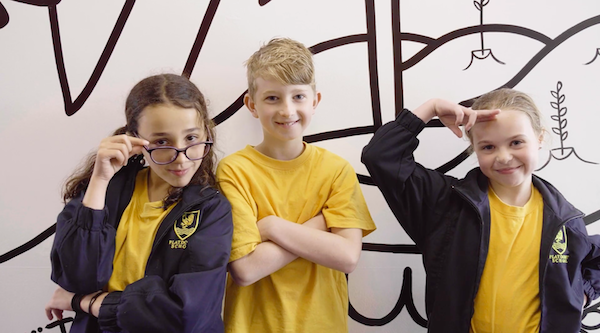 Local freestyle artist Glen Fox worked with children at Plat Douet School, encouraging them to let their imaginations run wild by creating a design originating from a single scribble on a piece of paper.

The idea behind this approach was to show the children exactly how Glen's interest in art began, encouraging them to become more observant, confident and free.