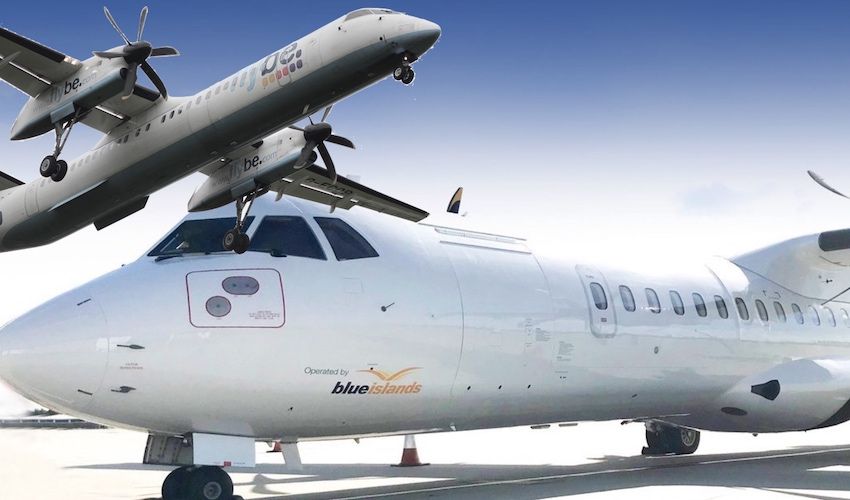 It was good news for students last night after Blue Islands agreed to rescue the popular Exeter and Birmingham routes in the wake of Flybe’s collapse.

In a statement, Flybe’s former franchise partner said it would soon be announcing a new scheduled service to the two destinations from both Guernsey and Jersey over the coming days.

It also assured there would be continued service to both locations in the meantime.

The Exeter route is hugely popular among local students, who use it as a convenient access point to the popular university choices of Exeter, Bristol, Bath, Plymouth and Falmouth.

The Birmingham route is also widely used by Birmingham University students, as well as those based in the East Midlands.

Meanwhile, Aurigny has also announced a competing route to Exeter and Birmingham from Guernsey starting next week. This will not include a stop-off in Jersey, as the previous route did.

However, the news came too late for some parents.

One mum told Express that Flybe’s turbulence earlier in the year had led her aspiring PE teacher son to strike a preferred choice of Gloucester – chosen due to its proximity to family in Wales – off his list of options.

Loganair also announced yesterday that it would be scooping up Flybe’s Aberdeen and Inverness routes.

Blue Islands has also committed to continuing the routes it flew under its franchise agreement with Flybe, which operates a quarter of all flights from Jersey Airport.

It covered operation of the key route of Southampton, which is used by local cancer patients travelling for treatment, and is the second-most popular route after London Gatwick.

Pictured: Blue Islands has also committed to continuing the routes it flew under its franchise agreement with Flybe.

Nine patients are booked onto flights to Southampton in the next week, and 27 until the end of June.

Health officials confirmed yesterday that they were contacting these passengers, and will be helping them to rebook their flights where necessary, meeting the costs of transport from alternative destinations.

Businesses are also keeping a keen eye on the developing situation.

CEO of the Chamber of Commerce, Murray Norton, told Express: “The next few days will be tricky and businesses will be rearranging travel plans, which clearly coincide with other restrictions over travel policies and Covid 19. The upshot may be more businesses finding alternative ways to work, using technology to video conference. That said, most of the route were operated by Blue Island with Flybe and Blue Island are still very much operating. Aurigny are also reviewing their plans regarding routes.”

He added: “We are in continual contact with Government and Ports of Jersey over our travel links, given the importance of business travel to the many industries and sectors that benefit from it.”

Posted by Peter Richardson on Mar 6th, 2020
Is it sad to see FlyBe finally hit the skids or is it a fitting end for a company that goes to court and looses a case about hand baggage charges. I expect all the profitable routes will be snapped up by other airlines and I for one far prefer using Blue Islands having been a keen supporter since they started their London City route over 10 years ago.
To place a comment please login Login »