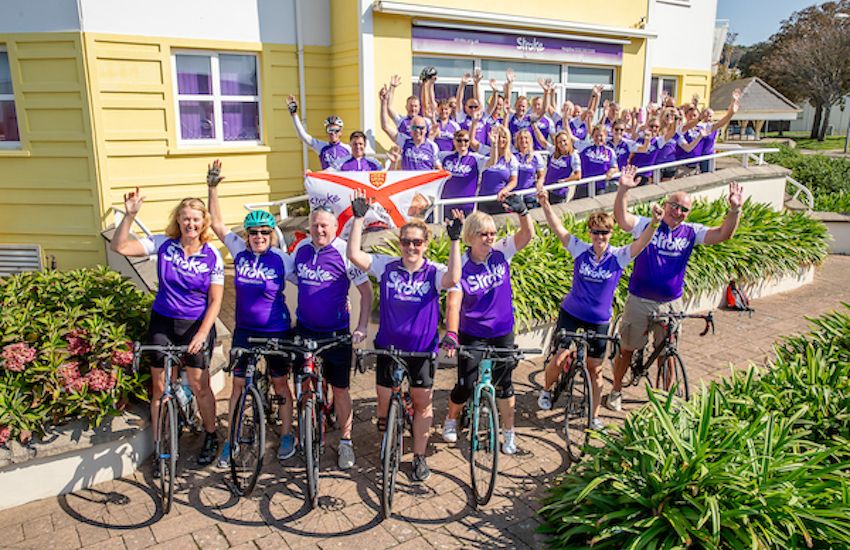 Fifty cyclists from Jersey are leaving Blackheath in London this morning to begin a four-day trip to raise tens of thousands of pounds to help local stroke survivors.

The group will cover at least 350 miles as they cycle across the south of England, France, Belgium and Holland before arriving at the finish line outside the Rijksmuseum in Amsterdam, on Saturday afternoon.

The ride, which Express is supporting as media partner, is being organised by Discover Adventures to raise thousands of pounds for the Stroke Association.

The first stage is 130Km long today from Blackheath to Dover, so the group can board the short ferry crossing over to Calais, where they will spend tonight. They then climb back into their saddles tomorrow morning, for a day's cycling to the Belgian city of Bruges.

After that, Friday's destination is Breda (well known in Jersey through its connection to the eponymous lager) and then finally Amsterdam at the weekend. 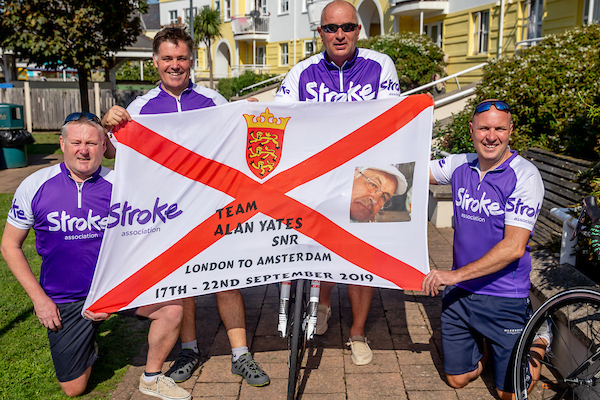 Paul Yates will be cycling in memory of his father Alan, who passed away in February, 13 years after suffering a stroke. His friends Wayne swick and Dave Page jumped in, in support, and the trio has since been joined by Paul’s older brother, Alan Jnr.

Alan admitted that after reading Express's article about Paul’s participation in the ride he started “mulling” the idea over in his mind. “I was trying to find reasons why I should not do it but I could not find a legitimate reason,” Alan Jnr said.

When he mentioned the idea to his son, Charlie, he replied, “Just do it dad,” and even offered to cycle with him so Alan signed up that evening.

The four have been getting up at 05:15 twice a week for 20-mile ride and covering 80 to 100 kms at the weekend. “The summer has just flown by,“ Wayne said. “Everything has been geared around cycling. It was only last weekend that I got to swim in the sea for the first time.”

“We have had some low points,” Paul admitted. “But we have managed to pull through. We also received a huge amount of support through donations.”

“It’s very humbling,” Alan said, adding that the first time he rode his bicycle to a football training he couldn’t breathe. Since then, he has luckily built up his resistance by “spending time in the saddle.”

Over the past few months, the quartet has discovered corners of the island they didn’t know. “Jersey is a small but beautiful place,” Alan said. “We are blessed to live in such a beautiful island.” 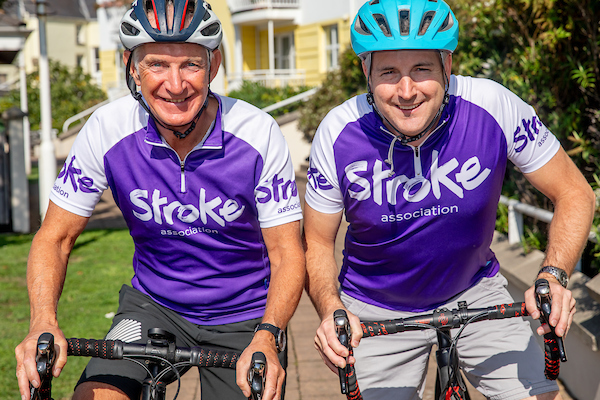 Pictured: two of the cyclists in the group, Ian Black, and James de Veulle.

Tracy O’Regan, Fundraising Manager at the Stroke Association in Jersey, said the money raised will fund "vital research and support for stroke survivors, as well as help to prevent people from having a stroke".

"This cycle will really be one to remember, the sights along the way are going to be breath-taking," she added. "We’re really looking forward to cheering on all the cyclists as they ride through the route," she commented.

Read more about the cycle challenge...

"I am a stroke survivor and not a stroke victim"

Pictured top: The team of keen cyclists about to set off on their major challenge. (Gary Grimshaw)