Day 3: Big day for Jersey gymnast at the Commonwealth Games 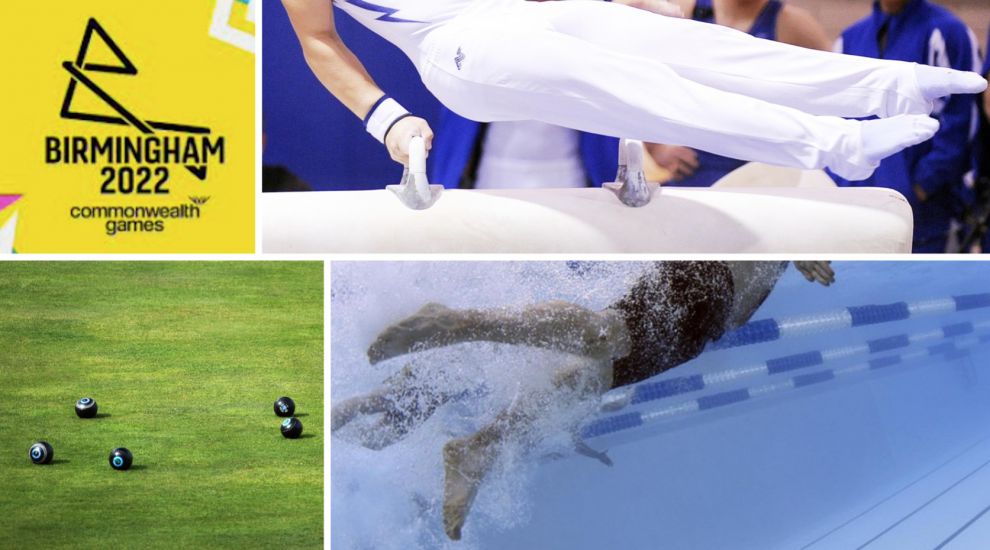 Day 3: Big day for Jersey gymnast at the Commonwealth Games

Today’s going to be a big day for Jersey gymnast Dan Lee at the Commonwealth Games.

He’s through to the men’s all-around final which starts at 09:00.

The competitors will be tested across six disciplines and their scores added together to decide the medals.

Scene is set for gymnast Daniel Lee, who is about to kick off his All-Around final in Birmingham.

To speed up the competition the gymnasts have been put into different groups and there’ll be a rotation system between disciplines. Lee’s order will be: Pommel Horse, Rings, Vault, Parrallel Bars, Horizontal Bar, and Floor.

Lee trains in London and this is his second consecutive games. He’ll also be competing later in the week where individual medals medals are up for grabs in the various disciplines.

Jersey’s men’s bowlers are also back in action.

Yesterday the triple team of Scott Ruderham, Malcolm de Sousa, and Greg Davis came agonisingly close to beating Australia losing by just a single point: 15-14. Today they face England in the quarter-finals. Their game is at 15:00.

Yesterday was a day of mixed fortunes for the men’s pair of Derek Boswell and Ross Davis. They beat Canada 20-13, but drew with New Zealand 15-15.

Also in action yesterday was Jersey cyclist Rhys Pilley. He came 17th in a field of 19 in the 4,000m pursuit. Only the top four go through to the medal round, with the fastest two racing it out for gold and silver, and the third and fourth challenging for the bronze medal. Pilley’s time of 4.34.787 was more than 27 seconds off the pace. Unlike all the other events the track cycling competitions are being held in London at the 2012 Olympic stadium.

Scott was first in her 50m freestyle heat in a superb new island record time of 26.95, but missed out on a semi-final spot. Atherley also registered an island record, in the 100m backstroke, but fell agonisingly short (by just 0.02 seconds) of a place in the semis. Dodds, meanwhile, registered a personal best in the 400m IM (4:29.70). In the relay, the Jersey line-up of Harry Shalamon, Jones, Brehaut and Dodds finished fourth in their heat (3:33.46), another island record and nearly two seconds ahead of Guernsey.

All seven Jersey swimmers will be in action in the pool again today.