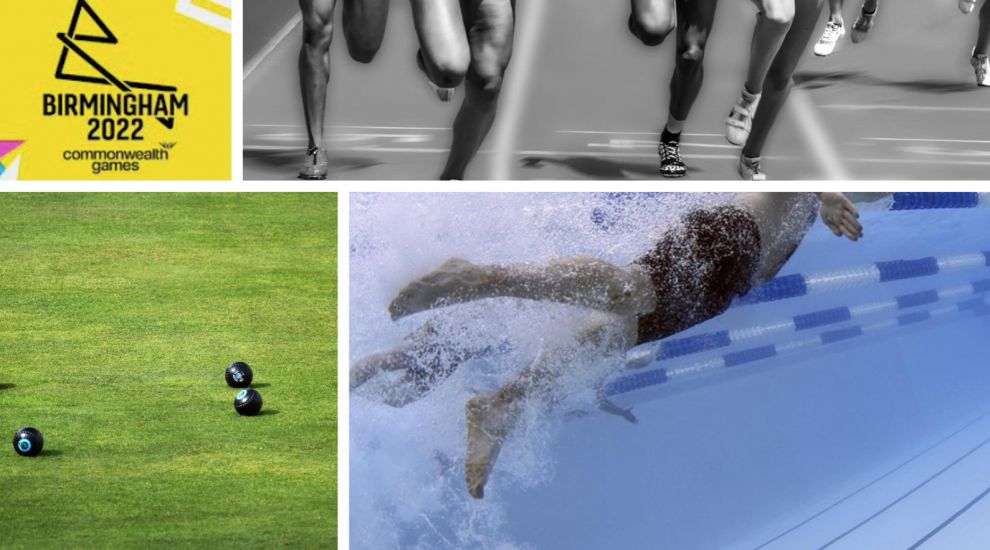 It’s day two of the Commonwealth Games in Birmingham and 14 Jersey athletes are expected to be in action today.

After experiencing mixed fortunes on day one of the games Jersey’s men’s bowlers will once again be returning to the greens. Yesterday the men’s triple of Scott Ruderham, Malcolm de Sousa, and Greg Davis, beat the Cook Islands, 19-11, and the pacific island of Niue 26-9, today they’ll be hoping to continue their winning ways as they face Australia. Whilst the duo of Derek Boswell and Ross Davis who lost 22-7 to Scotland but beat Niue 27-9, will be facing Canada and New Zealand, and hoping for a return to form.

Jersey’s swimmers will also be making a return, this time to the pool. Five athletes will be taking part in a range of distances and strokes. The heats will be in the morning with the semis for some of those events being in the evening. Last night the mixed relay team came seventh in the final.

Katelyn Ridgway, will be flying the flag for the island in the women’s marathon. They start at 10.30.

Meanwhile, cyclist Rhys Pilley, will be in action in the Lee Valley Velodrome in London. The former 2012 Olympic site is the one venue being used during the games that is outside of Birmingham. Pilley is competing in the 4,000m pursuit and racing gets underway at 12.22.

For some the games are already over. Yesterday, triathlete Ollie Turner finished a credible 15th. Whilst Tom Frame lost out on points in the boxing.