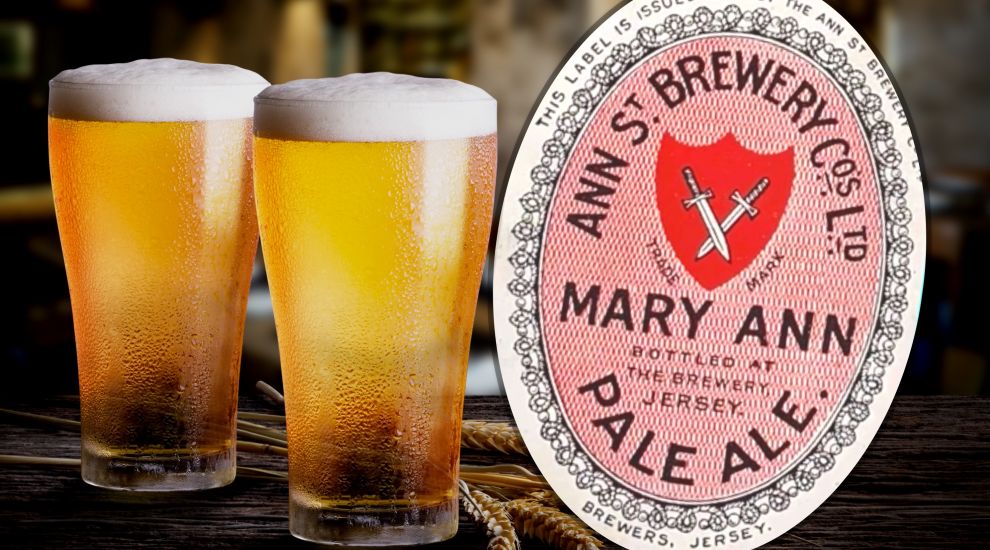 It’s the beer that “made Jersey famous” – and yet, no one knows who it’s named after.

Since 2009, Liberation Group’s flagship drink has been Liberation Ale, but, for almost a century before, it was Mary Ann, produced by Ann Street Brewery, that was the island’s top tipple.

On 3 November 1928, Ann Street Brewery registered the trademark for a label with a distinctive design bearing the name 'Mary Ann' on its bottles of beer and stout. Previously, the brewery's beer was advertised as 'Ann Street Beer'.

So what was behind the name change?

There are a number of theories regarding why Mary Ann is so named and who, if anyone, she may have been.

As part of his research into Ann Street and its surroundings for the 'What's your town's story?' series, Jersey Archive's Harry Le Feuvre has been investigating.

Was the historian correct?

His starting point was a comment from historian Philip Ahier.

He stated that "it is quite conceivable that the notion of calling the beer Mary Ann was perhaps after [former Managing Director of Ann Street Philip Payn's] wife or daughter."

Video: The Mary Ann research featured in a 'What's your town's story?' talk on Ann Street, which you can watch in full above or on the Jersey Heritage website.

"However, Payn married three times and had one daughter, none of whom were named Mary Ann. When I looked into the many other theories that have been proposed down the years can be easily dismissed or disproven fairly quickly," Mr Le Feuvre noted in his talk.

As he looked into some court cases involving those living in the Ann Street area, another theory emerged...

The misdemeanours of Alice Rust

During her Police Court hearing, the Magistrate said to Rust: "I suppose they treat you very nicely in gaol?'. In response, she remarked: "They're very kind to you, but you have to do your work. I don't want to go back" to which the Magistrate quipped: "But you are always here!"

"The Magistrate certainly had a point," Mr Le Feuvre pointed out.

Interestingly, he noted, "among those who gave testimony in that case was John Beer."

"It is possible Rust did not take too kindly to this fact, as two weeks later she again found her herself being charged by the Honorary Police, this time with 'habitual intemperance' and having 'grossly insulted John Beer, at Eden Place'," Mr Le Feuvre said.

The wife/ves of John Beer

So, who was John Beer, and was he linked to a Mary Ann?

Frederick John Barrow Beer was born in Devon in 1875, and married Rhoda Yates on Christmas Day 1897. The couple were living in Salisbury with their son Frederick at the time of the 1901 Census, and in the November their second son Albert was born.

But circumstances had changed, quite dramatically, around 14 years later, as Mr Le Feuvre explained.

"In 1911, Rhoda and Frederick are listed as inmates at the Salisbury Union Workhouse. John, however, had moved to Jersey and was living on St. Saviour's Road, around the corner from Ann Street, at, fittingly, 5, Salisbury Cottages.

"On the 1911 Census, John and Rhoda are both listed as have being married for 13 years.

"Interestingly, however, the Census suggests that John was married to a different woman," Mary Ann Beer. According to one theory, this is the woman after whom the famous beer was named."

Pictured: The Beer family recorded as living at 5 Salisbury Cottages in St. Saviour's Road in the 1911 Census. (Jersey Heritage)

He continued: "In 1977, a reader wrote to the JEP to say that he had told been told by a schoolfriend that, when Ann Street Brewery ran a competition to find a name for their new beer, the friend's grandmother, Mary Ann Beer, was one of the first to enter and suggested her name be used. The columnist responded saying that the idea of 'a Mrs Mary Ann Beer living in Ann Street strike me as a little remote, but it's a nice thought'.

"It is indeed – but could it actually be true?"

Looking into this led to some further revelations.

Mary Ann was born in 1880 in Northampton to Samuel and Eliza Cartwright. Before moving to Jersey, where she lived most of her life in the Ann Street area, Mary Ann actually lived for a time on St Ann Street in Salisbury, working as a parlour maid, according to the 1901 Census.

"Despite what the 1911 Census suggests, and what they may have told others, I'm not convinced that John and Mary Ann ever married," Mr Le Feuvre said.

"Living with them in 1911 are their five children.

"The eldest, Sydney, was born in St. Helier, in November 1902. Sydney, like some of his siblings, was christened Cartwright, and no father is listed, but John Beer is named godfather.

"As children, Sydney and his siblings were known interchangeably by either surname – on the Census they are Beers, but in school records they are Cartwrights. Sydney was still living in the area during the Occupation, nearby on Providence Street, and on his registration card, he's a Cartwright." 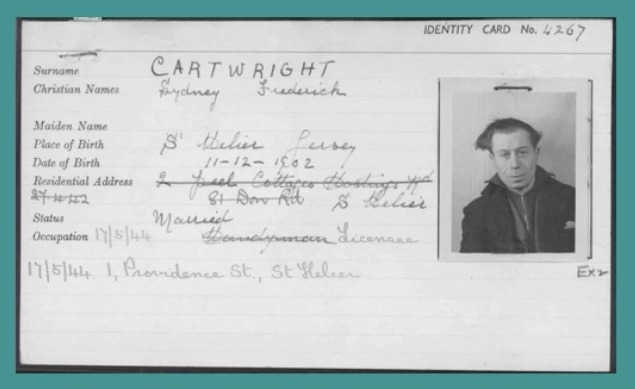 Mr Le Feuvre continued: "Mary Ann and John must have moved to Jersey at some point between April 1901, when the UK Census was recorded, and November 1902 when their son Sydney was born in St. Helier. They had five children between 1902 and 1910, and the children's baptism records show that the family lived on Ann Street as well as Wesley Street and St Saviour's Road, before settling on Eden Place.

"John, who worked as a coachman in Jersey, died in October 1930. When Mary Ann died two years later on 2 September 1932, she is referred to as John's widow."

"A fitting memory for a wonderful lady"

Leafing further through old newspapers, one letter, from 1977, closed the book on this theory, however.

"...Albert Beer, the second son of John and Rhoda, wrote to the Evening Post after reading that his stepmother was the inspiration for the naming of the beer. He dismissed the theory, stating it was just a coincidence.

"He did however say that: 'It is nice to know that the beer that made Jersey famous also keeps alive my stepmother's name, a fitting memory for a wonderful lady.'"

It is possible that we may never know whether there was an actual Mary Ann who inspired 'the beer that made Jersey famous'.

"I've scoured the Ann Street Brewery Archive, and unfortunately there is no record of a decision being made regarding the naming of the beer," Mr Le Feuvre said.

The other Mary Ann Beer

While the mystery remains unsolved, Mr Le Feuvre did come across one final "nice coincidence" during his research.

"On 16 November 1828, nearly 100 years to the day before Ann Street Brewery registered the trademark for Mary Ann, a girl was baptised in St. Helier.

You can learn more about Ann Street and the surrounding area by visiting Jersey Archive or searching its online catalogue.

The next 'What's your town's story' talk, focusing on Val Plaisant, will be taking place on 15 October.

Think you know who Mary Ann is? Email editor@bailiwickexpress.com.