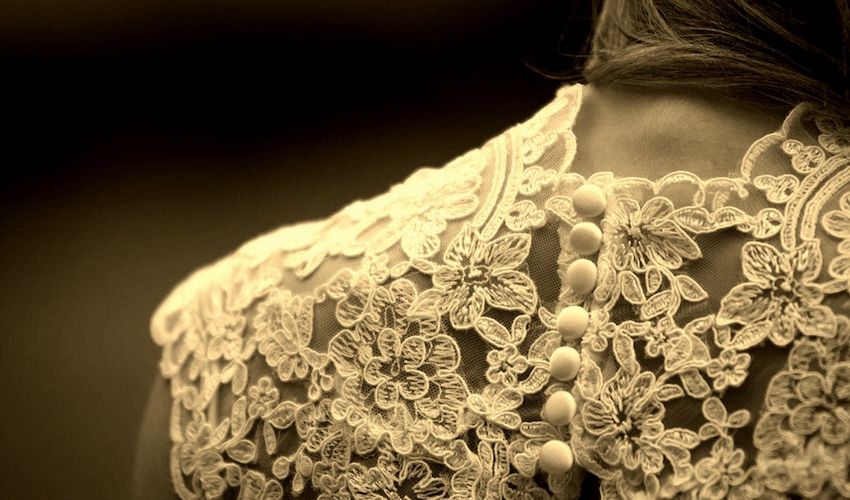 What could possibly be the connection between Jersey, Uruguay, America, a French immigrant and the Royal family? None other than a humble wedding dress – made here in the island and worn by a Jersey girl on her big day.

Historians look back on a story which spans several nations and different families, all brought together by one wedding gown made by a New Street dressmaker.

It begins in 1887 where bride-to-be Agnes Lucy Marian Hughes was living with her family in Uruguay’s capital of Montevideo. Her parents, Frederick Hughes and Mary Ann Le Bas, were one of the many Jersey families who were involved in the cod trade between Jersey, Canada and South America at that time.

It was in Montevideo that Agnes met her future husband – a man named Earl Winfield Spencer, who was a banker from New York City. He was in Uruguay on business when he met Agnes. Their romance blossomed and after Earl popped the question, and she’d said yes, they decided to get married back in Jersey.

Pictured: The Jersey bride-to-be returned to her island home from Uruguay to get married.

Agnes’s mother, Mary Ann, made a decision to return to Jersey with Agnes and her other daughter, Ethel, for the wedding. This was no mean feat in the days of sailing ships and they travelled thousands of kilometres back to the island.

Once in Jersey, the mother and bride-to-be went to see Madam Henry, of 38 New Street, to have the wedding dress made. The label inside Agnes’ dress, which is part of the Jersey Heritage collections, tells us that Madam Henry was a maker of ‘Robes and Confections’. Madam Henry was a French immigrant, who came to Jersey in 1852 and became one of the most respected dressmakers on the island.

On December 10, 1887 Earl and Agnes were married at the Town Church in St. Helier. Mary Ann and Ethel never returned to South America – or to husband and father Frederick Hughes – but remained in Jersey after the wedding. Meanwhile, Agnes and Earl returned to the Americas to live in Illinois, where they had four children, the eldest of which was Earl Winfield Spencer Jnr, who acquired the reputation of being a bit of a drinker and womaniser.

Pictured: The wedding dress was made by a French immigrant who soon became one of Jersey's most respected dressmakers in the island.

Earl Jnr married a lady called Bessie Wallis Warfield in 1916, but they divorced in 1927, and he went on to marry another three times. Bessie re-married Ernest Simpson and stopped using her first name, choosing to be known only as Wallis.

She became the infamous Wallis Simpson, an American divorcee whose intended marriage to the British King, Edward VIII, caused a constitutional crisis that led to his abdication. But before any of that took place, her first mother-in-law was a Jersey woman – none other than Agnes Lucy Marian Hughes.