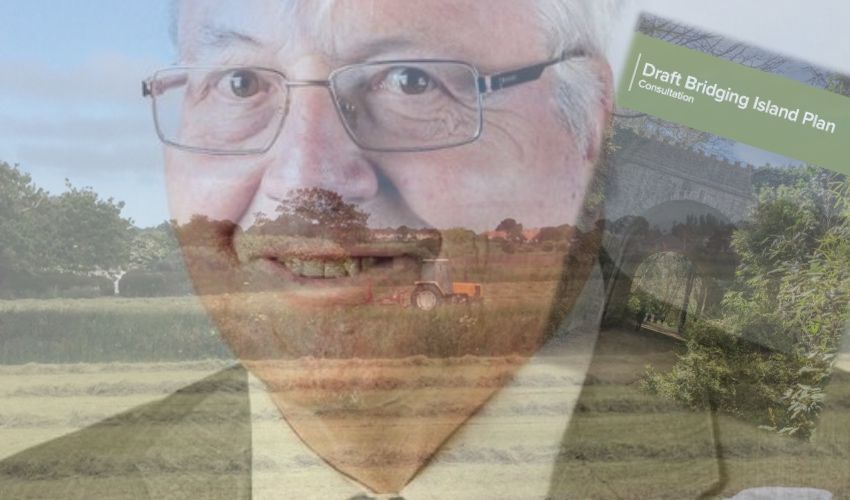 Fields that have not previously featured in the draft Island Plan have been dropped in as 'Plan B' sites for housing if the Environment Minister's first choices are rejected.

These sites could be rezoned for housing if planning inspectors reviewing the draft plan disagree with Deputy John Young or if States Members' attempts to tweak the plan are successful.

Although some fields were included in the original 'call for sites' consultation, which ran for three months starting at the end of 2019, others have been added after publication of the draft plan in April - meaning they have had far less scrutiny by planning officers and the public.

Instead, Deputy John Young is asking independent planning inspectors to assess the merit of his 'Plan B' list. The public can, however, now make submissions to the inspectors, sharing views in writing and/or at a series of public hearing being held next month.

The three-year Island Plan, which will be passed by the States next Spring, will guide all planning decisions from next year until the end of 2024.

Pictured: Field H1248 in St Helier, one of the alternative housing sites appearing for the first time in the bridging Island Plan. The larger pink rectangle in the centre of the image is the former ITV Channel studios at La Pouquelaye.

Launched as a draft document in April, the plan has already attracted more than 2,000 comments and 60 amendments by politicians wanting to change it.

Its most controversial aspects include supporting the expansion of La Gigoulande Quarry in St Peter’s Valley into a neighbouring field and the building of affordable homes on fields in seven parishes, including St. Saviour, St. Helier and St. Martin.

The current phase of the plan is an ‘examination in public’ by three UK planning inspectors, who will review all of the comments and evidence so far, as well as hold a series of hearings with individuals and organisations who have asked to have their say.

Part of their job is also to consider possible replacement housing sites – as suggested by the Environment Minister – should Deputy Young's preferred sites be rejected or withdrawn.

One of the 11 sites proposed in the original draft plan, for example, has already fallen away due to a “lack of landowner support to deliver the site”.

This was two adjoining fields in St. Martin to the south of the Village Green which had been earmarked for up to 41 homes.

Where are the 'Plan B' sites? 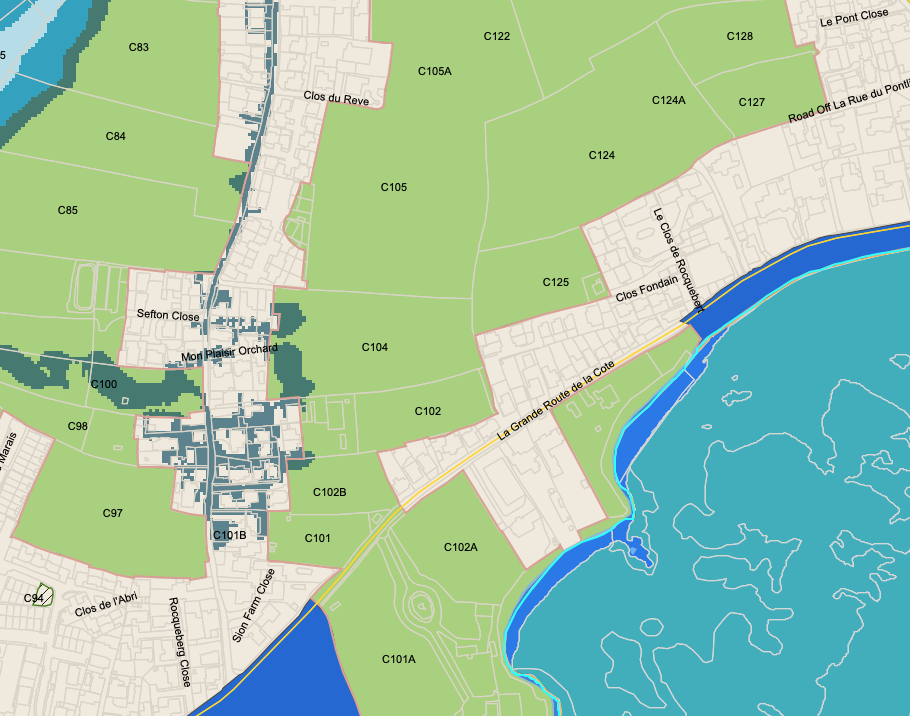 Pictured: Three fields behind off Samarès Lane (C102, C104 and C105) could make way for up to 78 homes, if it is accepted as an alternative site.

MN391, St Martin (Field opposite Berni Community Centre, on other side of Longue Rue, 56 homes, subject to being capable of delivery)

P559, St Peter (Route du Manoir, next to ‘P632’, which the Minister supports for affordable homes, 15 homes, subject to a comprehensive form of development with P558)

Pictured: Field MN391 in St. Martin is on the new list of potential housing sites to be reviewed by planning inspectors.

Some of the sites listed above are ‘new’ to the Bridging Island Plan process, in that they were not submitted as part of the original ‘call for sites’ process.

Deputy Young’s ‘post-consultation report’, which was published this week, adds: “The Minister for the Environment is not minded to accept any of the proposed amendments to remove or add sites for the provision of affordable homes to the draft plan, but would be minded to consider amendment of the plan, involving the addition of replacement sites if this proves necessary, to maintain its integrity in terms of affordable housing supply and the sustainable distribution of development.

The Environment Minister has also asked the independent planning inspectors to look at additional sites suggested for rezoning for housing proposed in amendments by States Members that are not supported by the Minister.

Anyone who wants to comment on these alternative sites can do so by sending their views to the independent inspectors via their programme officer.

Representations, which will be published, must be a maximum of 1,500 words and include the author's name and postal address.

Islanders have until 17:00 on Friday 22 October to send their formal comments to progofficer@aol.com

Posted by Private Individual on Oct 13th, 2021
He will ignore all comments so what's the point.
Posted by Jon Jon on Oct 13th, 2021
Never understand why good agriculture land is taken at the moment when there are plenty brown field sites around,I ‘ve seen one overlooking Waitrose in St Helier,total waste land.Waste land use first before good land.
Posted by john garner on Oct 13th, 2021
This " B list" ...reminds me of Blue Peter ....."and heres one stitch up we did earlier"
Posted by Martin on Oct 13th, 2021
Or Plan C?

IF it is now deemed suitable to develop agricultural land then why not ask the public for their submissions for sporadic & smaller developments on bits of land they own or are of the opinion would be suitable!
I accept that piecemeal building is more expensive but collectively may prevent a gem of a piece of land being built upon by many little developments! Many persons would happily do this for a lesser % of the face value!
Posted by nigel pearce on Oct 14th, 2021
There are areas up of present day housing in St. Helier that should be considered for wholesale clearing and redevelopment before precious fields are built on. New Street, Belmont Road and Simon Place for instance.
Posted by Denise Shrives on Oct 14th, 2021
Awful ! why not refurbish empty house and offices ?
Posted by Patrick Troy on Oct 14th, 2021
Surely not St Clement again!
To place a comment please login Login »