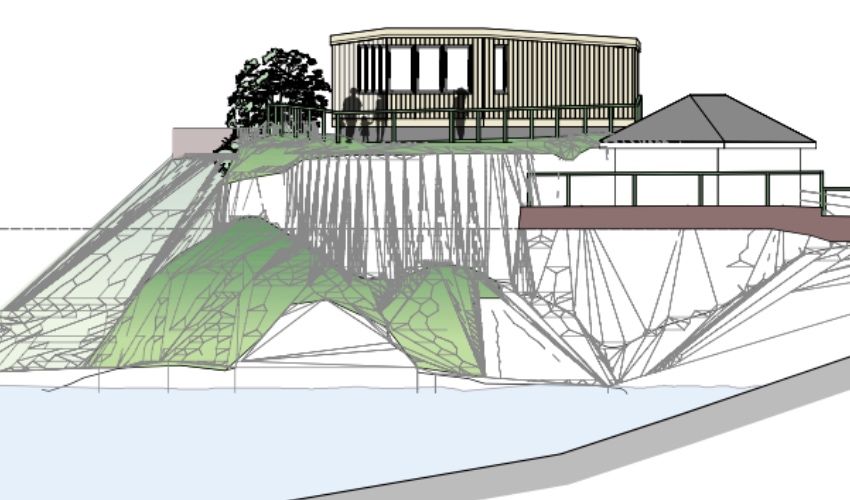 The dive centre at Bouley Bay will be based on the viewing platform above a German bunker while the Water’s Edge Hotel is developed into a luxury home, if Planning agree.

The centre is currently housed beneath the former hotel and will return there once the building has been demolished and rebuilt as a stepped three-storey home, complete with guest rooms, pool, tennis court, parking, landscaping and separate staff accommodation.

Planning permission for the redevelopment, which includes a café, was approved in October; however, a separate application to move the dive centre into a temporary cabin on nearby parking spaces was rejected.

A new application has now been submitted proposing that a temporary centre is created on the viewing platform, which is halfway between the slipway and the empty hotel, next to the public toilets.

If approved, the large redundant winch in the centre of the platform will be removed and returned when the centre moves into its new permanent home.
It is expected the redevelopment of the hotel site will take 2-3 years. 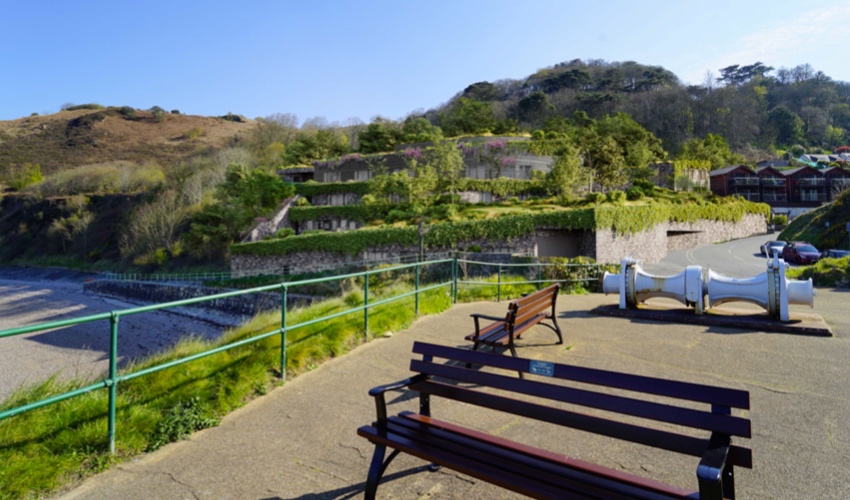 Pictured: An artist's impression of the new single home, which already has planning permission, from the viewing platform (Credits: MSPlanning).

In a letter accompanying the new application, planning consultant Michael Stein writes: “The location is now on the viewing platform which is the only alternative location in the bay for it to go and which also enables the Bouley Bay Dive Centre to provide a watch on its divers which is a requirement that needs to be satisfied, and which simultaneously means there is a watch over the general public too.

“A viewing corridor with public benches will be maintained to the east of the site so that the views over the bay and beyond to Les Ecréhous and the French coast are maintained. The proposal does not involve the loss of any public parking spaces.”

Mr Stein adds that the applicant “has gone to some lengths to create an attractive building” which will be a “bespoke timber frame” construction.

So far, there have been 28 public comments accompanying the application, all of them in support.

Dive centre owner Toyah Tomkins said: “The centre requires certain logistics, such as water and three-phase electricity, to be able to run, and without them would not be able to do business.

“The site has been carefully selected taking all of that into account.”

As well as commit to build a dive centre and café on the ground level of the luxury single home, its owner has also signed up to legal obligations guaranteeing that the hill climb is not impacted and the cliffpath to and from White Rock is maintained.

He has also offered the owner of Mad Mary’s Beach Café a new a six-year lease beyond when her current lease expires next September.