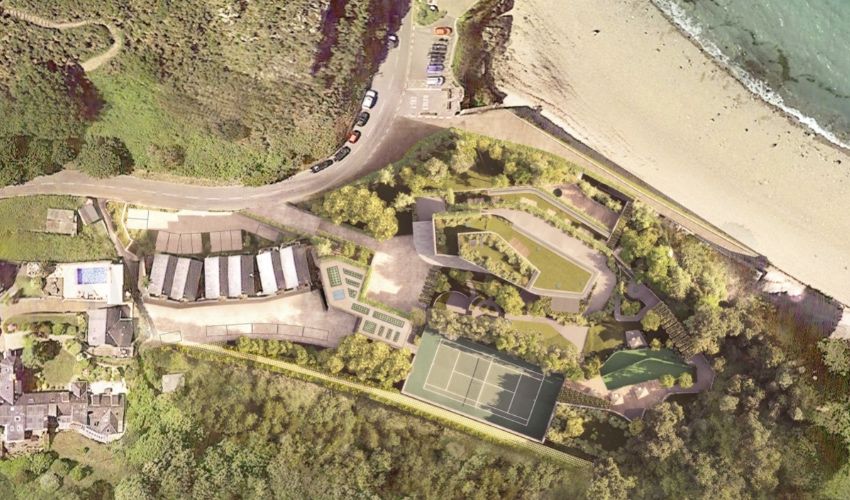 The family who will live in a stepped three-storey home on the site of the Water’s Edge Hotel have said that planning approval “heralds an exciting new era” for Bouley Bay.

On Thursday, the Planning Committee passed plans to demolish the hotel and its associated buildings and construct one home with guest accommodation, pool, pool house, tennis court, parking, landscaping and separate staff accommodation.

They also approved the lower ground floor of the new building becoming a dive centre and a café / restaurant.

However, the group of politicians rejected a separate application to create a temporary dive centre on nearby public parking spaces while the hotel is demolished, and the new home / dive centre / café is built.

Reacting to the news that their house has been approved, the unnamed family said in a statement: “This has been a long journey, one that has at times caused immense stress for our family who simply want to build our forever home in a corner of one of Jersey’s most tranquil bays.

“Throughout this process we have only had the interests of the Bay and its community at heart and now, at long last, we can all look forward to better days at Bouley Bay.

“Approval of this development not only removes a significant and embarrassing blot on Jersey’s beautiful and precious landscape, it will improve and expand the ecology of the Bay, it will open up the view of the Bay as you come down La Charrière du Boulay and create public access to the North Coast footpath, which is currently private land across the site. 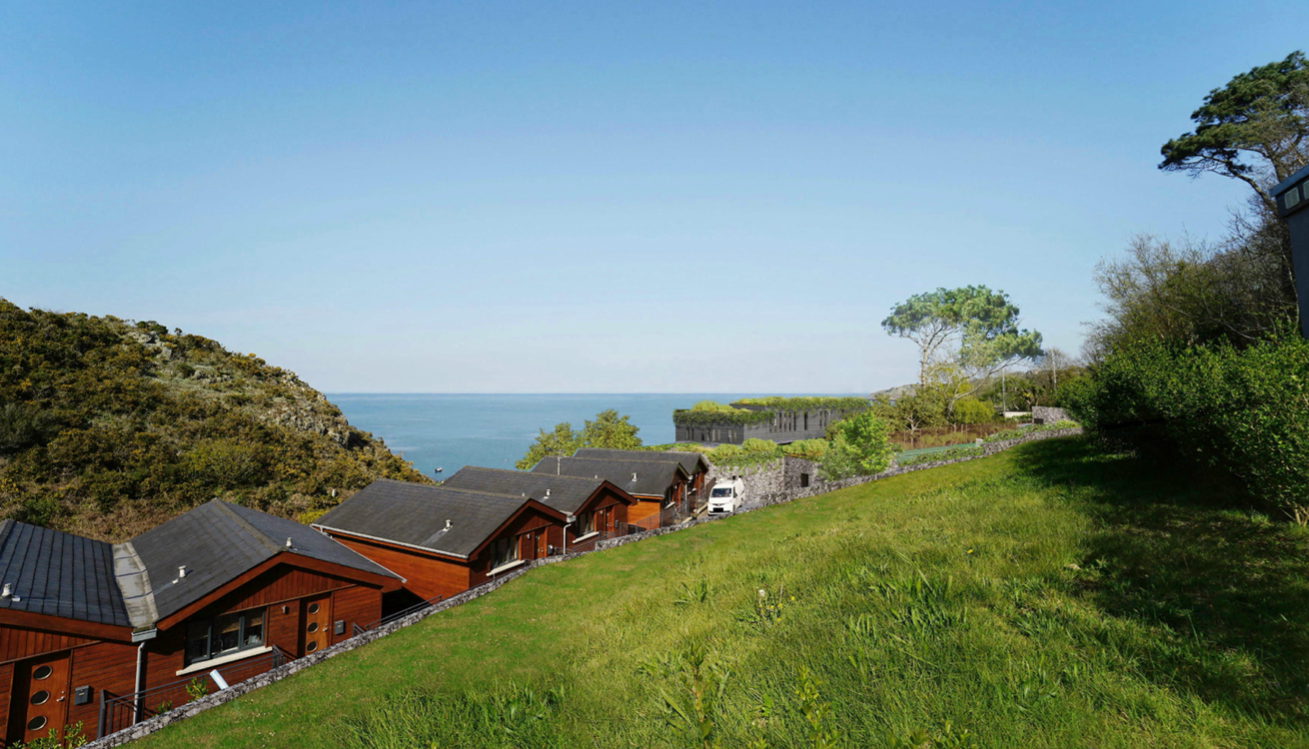 Pictured: An artist's impression of the proposed view coming down from the cliff path behind the self-catered chalets in Bouley Bay.

“Importantly, today’s decision secures the future of the Bouley Bay Dive Centre, creates a new restaurant and dining offering, gives the Jersey Motorcycle and Light Car Club comfort that the new owners will not seek to interfere in their annual Hill Climb calendar.

"It also opens up the possibility of discussion with the neighbouring landowner to acquire a small parcel of the adjacent côtil, stabilise it and deliver on the agreement to extend the lease of Mad Mary’s Café, which is such an important feature of the community.

“While we are committed to find a temporary home for the dive centre during the demolition and construction phase, the decision not to approve our preferred site for this means we will now work with [centre owner] Toyah Tompkins and the necessary stakeholders to find the best alternative to ensure there is no material impact on her business.

“The family wishes to thank everyone who has supported them in bringing this dream to fruition.

“Bouley Bay has waited a long time for this moment and finally it has arrived, heralding an exciting new era for the Bay and everyone who enjoys its splendour.”

Also reacting to the news of yesterday’s approval, Mary Tunney of Mad Mary’s Beach Café – who had faced an uncertain future before signing a legally binding document with the family, should it acquire the land her kiosk sits on – said: “I am absolutely delighted that the eyesore of the current hotel is going to be finally gone and the dive centre, the hill climb and myself are secure for the future.” 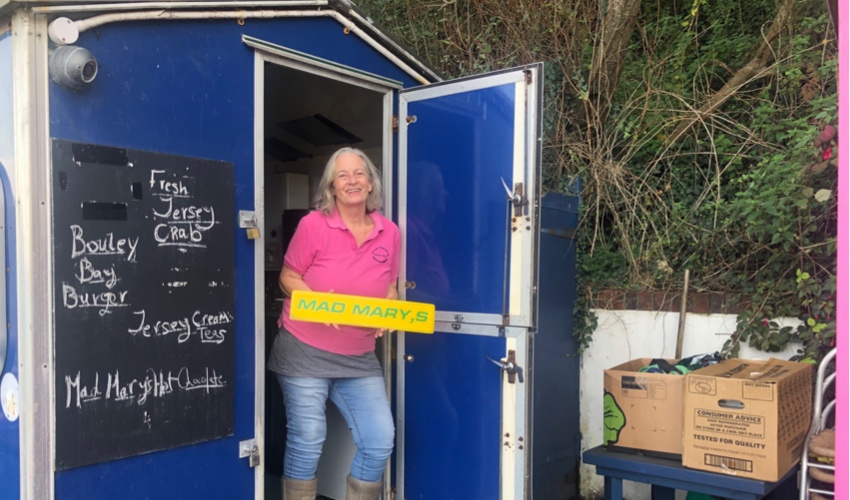 Pictured: Mary Tunney outside of her beach café, which is close to the now-closed Water's Edge Hotel.

District Deputy Andy Howell, who lives above Bouley Bay and is a frequent visitor, said: “Something had to be done because the hotel was falling down.

"I was anxious that all the planning obligations were in place, including protecting the hill climb and making sure that there will always be a beach kiosk there, and I’m glad those were taken on board by the new owner.”

However, she added that it was a shame that people walking along the public path to the rear of the house would "be met with a high wall" bordering the property.

Deputy Howell is also one of the tenants of the Fief de la Gruchetterie which owns the land on which Mrs Tunney’s café sits. The Deputy said that a majority of the tenants needed to agree to sell the land to the family, who say they will pay to stabilise the rock face above the kiosk.

“We have not had that meeting yet but I want to see a long-term future for Mary and her café,” said the Deputy.

The Chef Tenant, Dame of Rosel Emma Lemprière-Johnston, spoke in favour of the development at the Planning Committee hearing.

The application attracted more than 200 public comments, with most people expressing concern about the future of the dive centre, hill climb and Mad Mary’s.

Around a quarter were objections to the principle of the hotel site becoming a single family dwelling.